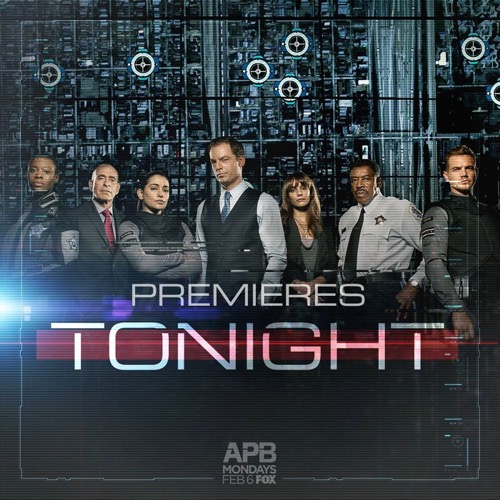 Tonight on FOX their new police drama with a high-tech twist APB debuts with an all-new Monday, February 6, 2017 episode and we have your APB recap below.  On tonight APB premiere episode called, “Hard Reset,” as per the FOX synopsis, “To avenge a friend’s murder, a tech tycoon makes a deal to buy a troubled police precinct in Chicago in this drama, which begins with billionaire Gideon Reeves’ (Justin Kirk) pitch to city leaders to introduce cutting-edge technology to fight crime, a notion that street-savvy Det. Theresa Murphy (Natalie Martinez) is willing to try even though her colleagues don’t think it will ever work, and just might make a bad situation worse.”

Make sure to bookmark this spot and come back between 10PM – 11PM ET for our APB recap.  While you wait for our recap make sure to check out all our television pics, videos, spoilers, recaps & more, right here!

Gideon Reeves was a genius. He had created a multi-billion dollar empire at the age of sixteen and he was always inventing something new. However, Reeves could also be reckless and no one knew that better than his lawyers. Reeves would apparently get an idea in his head and just couldn’t wait to show it off though unfortunately his idea of showing his new creations off would be to frighten if not terrorize potential buyers. So Reeves was constantly getting into trouble and normally it would be his best friend’s job to clean up after him. And so Reeves sometimes took advantage of that because he never seemed to learn.

Reeves would hold a demonstration that he would say was going to be on the smaller side and then out of nowhere he would almost set everyone on fire. Though there came a time when his best friend just couldn’t take it anymore and he warned Reeves that he wasn’t happy with cleaning up after the other man’s mess. So Reeves had downplayed that and he had even pretended that he was going to chastise himself by getting a smoke yet Reeves chose to stop the car in a bad neighborhood and had gone into some dimly lit corner store in order to buy one mere cigarette. And so it wasn’t surprising when he gotten stuck there while the store was being held up.

Yet, Reeves had tried to call 911 without being seen and the operator had somehow put him on hold. She had said that the lines were busy and that they would get back to him in a minute. So the lack of a reaction and the fact that the thief had noticed the billionaire was what led to the ultimate tragedy. Reeves had tried to give the thief some money and the guy had thought he could gain more by holding onto Reeves, but Reeves’s best friend had stepped in and had fought the other guy and had even gotten injured in the process. And so Reeves’s life was saved because his best friend Sully had died to protect him.

So, afterwards, Reeves had wanted answers. Reeves had wanted to know why it took the cops so long to respond and how it was possible that he had gotten put on hold while he was trying to get help. But a police officer by the name of Amelia Murphy had stepped up to warn him about the situation he was in. She told him about what it was like in the South Side and, while she didn’t know it, she had convinced him that only real change would get anything done. And so Reeves had decided to do something drastic. He had gone to a public meeting with the Mayor and the council and he had told them that he wanted the thirteenth precinct.

Reeves had said that he had the money to pay off the underfunded police pensions as well as the money to upgrade the police’s technology. However, he warned that he would fund the upcoming elections for everyone’s opponents if he didn’t get what he wanted. So Reeves got what he wanted. He got the chance to run a precinct and not everyone was happy about because they all thought that he was doing it as if it was some sort of game. Like he had gotten bored waiting for justice like everyone and had decided to skip the line though Reeves on the other had thought what he was doing was noble.

Reeves was an engineer and he thought the precinct was experiencing an engineer problem. Though Murphy who did remember him had pointed out that it wasn’t tech that caught criminals and it was in fact cops doing what they know. So Murphy and Reeves had butted his head on his first day on the job yet Reeves hadn’t held that against her and had instead asked her for her help in finding Sully’s killer. He had said that he needed people around him to tell him what he needed to hear and not what he wanted to hear so he thought that he would be perfect fit to help him find Sully’s killer.

Yet, Reeves at the point also had to prove that his tech did work and so he had sent police officers to places that were indicated by the app. The app was something he created as a way for people to report things without having to on the phone it on or wait on hold and so it was supposed to be this amazing way of reaching out the community, but it turns out that some kids had just wanted to play with it and so the police were sometimes called out to nonevents. Which did lead to a few questioning Reeves’s app. So it came as a welcomed gift when Murphy made her first collar of the day thanks in large part to Reeves.

Reeves had given the police faster cars, drones, and even better stun guns. So what he proved with Murphy had given Reeves some credence. But it was just poor luck that Reeves soon lost whatever respect he did manage to gain because of some rookie cop. The rookie was following the lead that Reeves and Murphy had eventually found in Sully’s death and he had been overzealous to prove himself however the rookie went too far by not listening to his superiors and continuing to hunt down Randall Hatcher despite what the others were telling him. And so the rookie was shot on Reeves’s watch.

So police officer did put in order for transfers and they had wanted to get away from anything connected to Reeves. Which included his tech. However, Reeves did find a way to redeem himself. He had used the app to keep eyes on Hatcher’s movements and he found the other man trying to shake someone down with a few friends of his. So Reeves used his newly altered drone to keep eyes on the perp and ensure that no one was harmed in the apartment while his officers went after a fleeing Hatcher with their new drone guys. And the reason the drone guns were important was because the officers weren’t afraid of harming anyone near the person they were after.

Hatcher though didn’t know that and he had tried taking someone hostage believing that would protect him – it didn’t and the 13th were able to finally bring him in. Yet, Reeves soon found out that, while he may have done some good for his precinct, the whole city suddenly wanted to feel safe as well and almost everyone was downloading his app. So Reeves had to ask himself how he was going to help everyone?