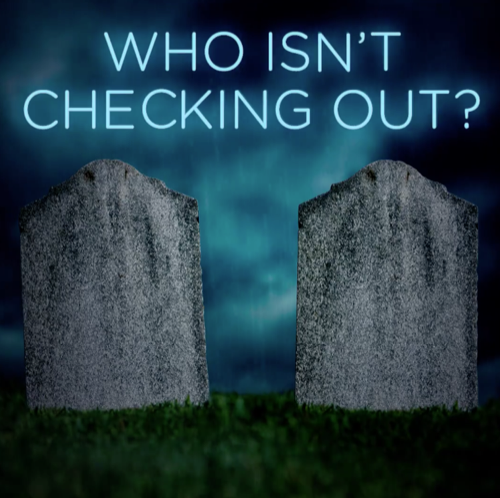 Bates Motel airs tonight on A&E with an all new Monday, April 24, season 5 episode 10 called “Visiting Hours” and we have your weekly Bates Motel recap below. On tonight’s season, 5 episode 9 as per the A&E synopsis, “Norman’s (Freddie Highmore) legal problems worsen; Emma tends to family business as Dylan gets caught between his past and his future and Romero enacts his plan for revenge.”

Norman and Alex ride in the back of a car driven by Regina who is crying. She begs Alex not to kill her. She is sobbing. Alex orders her to get out of the car and start walking. Alex and Norman continue driving. The police watch a video of Alex, Norman and Regina getting in the car and issue a bulletin to be on the lookout for them.

The sheriff calls Dylan to let him know Norman has been kidnapped by Alex. Alex and Norman arrive at the spot where Norman has buried Norma. Alex digs and finds her body. Norman apologizes to Alex and tells him he knows how much he loved her. Alex beats Norman. He then goes to Norma’s body and declares his love to her. As he is distracted Norman hits Alex over the head with a rock and shoots him. As Alex dies he tells Norman that he killed his own mother and he can’t hide from it.

Norma appears to Norman and tells him not to listen to Alex. He is just trying to hurt Norman. Norman tells her he thinks he did kill her but didn’t want to. She was all he had. Norma tells him goodbye. He knows everything now and there is nothing for her to protect him from. Norman wakes up in his bed with his mother talking to him. He tells her he had a horrible dream that she died. Norma says it was just a nightmare then she makes breakfast. Norman really wakes up and is in the snow at Norma’s burial site. Alex is dead next to him.

Norman flashes back to Norma telling him they are moving and starting a new life. He drives back to the motel replaying the first time he and Norma arrived. He carries Norma’s body into the house and tells her he believes that everything is going to be OK.

Remo meets with Dylan and gives him a gun. The sheriff finds Regina and questions her. Norman puts his mother into her nightgown and lays her in her bed. He goes the motel office and takes down on the police tape. A woman and her two children arrive and rent a room. Dylan gets a drink at a bar and a woman starts to talk to him. He gets a call from Norman. Norman tells him they are at the new house and motel. He also tells him he and Norma miss him. He asks him to come for dinner.

Dylan asks if he is with Alex but Norman says he doesn’t know an Alex. Dylan says he will be right over. Norman plays a Doris Day record as he sets the table for dinner. He dresses his mother’s body and carries her to the dinner table. Dylan arrives but calls Emma before he goes in. He tells her he is about to go into the house. She tells him he has to call the sheriff but he refuses. He asks if she loves him but Emma doesn’t answer.

Dylan tells the woman who checked in she and her kids need to leave right away. It’s not safe. She drives away quickly. Norman hugs Dylan as he enters the house and says Mother will be so happy to see him. Dylan tries to tell him Norma is not there but Norman motions to the dining room. Dylan throws up as he sees Norma sitting at the table. Norman talks as if Norma is alive. Dylan yells at Norman that Norma is dead.

Dylan tells Norman he has to turn himself in. He wants him to get help and be happy. Norman grabs a kitchen knife and moves toward Dylan. He tells Dylan he can’t let Dylan take him away from Norma. Norman just wants to be with Norma. Norman lunges at Dylan and Dylan shoots him. As Norman is dying he envisions running to Norma who is waiting with open arms. The police remove Norman’s body as Dylan sits on the porch. The sheriff finds Alex’s body. A realtor shows a couple the motel with a for sale sign in the window. Dylan and Emma kiss. The final scene is of the headstone of Norman and Norma.