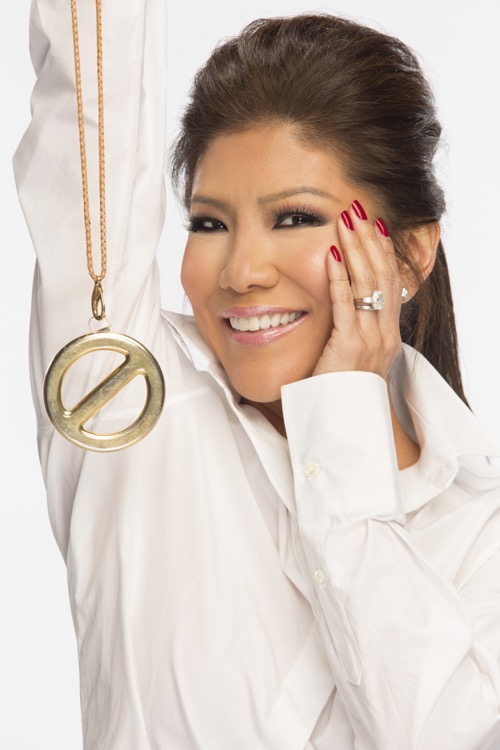 Tonight on CBS Big Brother 19 returns with an all-new Wednesday, July 12, 2017, episode and we have your Big Brother 19 recap below! On tonight’s Big Brother season 19 episode 7 “PoV and Ceremony” as per the CBS synopsis, “The Power of Veto competition & ceremony is held.”

Big Brother Season 19 (BB19) begins tonight with everyone hugging after the nomination ceremony and Cody feels he can see right through the plan for Paul to backdoor him. Jessica and Cody are hoping one of them will be called to play in the Power of Veto (PoV) competition.

Paul meets with Ramses asking for his cooperation this week to make sure that either he throws the Veto so someone can get themselves off the block or he can sit there with Cody. If Ramses pulls himself off, he cannot replace him with anyone which means either Alex or Josh has to go home; Ramses agrees as he feels completely alone in the house.

The TV starts with the Den of Temptation and the house guests sit in the living room. They learn a house guest accepted the temptation and now there is a curse as a consequence. The curse is for 3 HGs: Jason, Jessica and Cody, they are to go to the Den of Temptation to l earn what their curse is. They are stuck wearing frog suits for the entire week. Now known as VeToads and also have to hop everywhere they go and unless sleeping must always be on a lily pad, situated in every room. Christmas is thoroughly enjoying watching them having to hop around all day.

Ramses goes to see Paul in the Head of Household (HoH) room, where he is talking to Kevin and Mark, but when he learns they are talking about magic he doesn’t want to be part of the conversation. Paul calls him an idiot but is curious what is going on with him and asks Kevin to see what is going on.

Ramses says he isn’t someone who lies and he has promised to work with them to get rid of Cody but he is conflicted on what to do. Jessica lays with Cody as they worry about their future in the house. Paul calls everyone so they can call the players for the Veto competition.

Ramses, Alex and Josh join Paul at the front of the room, Paul will pick the last 2 chips out of the box to determine who will participate in the competition; he chooses Elena and Matt. Cody is devastated as this was his last chance to save himself. Jason calls everyone when the yard is ready for the Veto competition.

Paul talks to Ramses again about throwing it so he can let his plan follow through, promising Ramses he will keep him safe. Ramses struggles because he promised his family he would never throw a game.

The Veto competition is a trip around the world, they need to go to Terminal 1 and if they answer correctly their flight is on time and will take them to their next destination; if they answer wrong, the flight is delayed and they will have a challenge to complete. The player to make it around the world and all 5 destinations in the shortest time will win the golden power of veto. The game is called The Path of Least Resistance.

Paul is up first, he gets delayed but quickly finishes his challenge and off to the next terminal. He soon realizes he needs to pay attention in the terminal to get the right answer. He completes it after 3 delays. Matt, Elena, Alex and Josh get every single one wrong; Ramses got one right but like the rest had to jump into an ice pool to obtain his passport.

Josh’s time is 7:48. Ramses’s time was 7:44; Paul is furious that he didn’t throw the competition while Jessica and Cody hope that he would use the veto to keep Josh and Alex up ensuring they will remain at least one more week. Elena’s time was 22:35 Matt’s was 11:32. Alex was 16:38. Paul stresses that Ramses could win the veto and pull himself off the block; Paul’s time is 4:37 which makes him not just the HoH, he is now the winner of the PoV.

Jessica and Cody hug in the Have Not room as he knows Paul is going to backdoor him and put him up on the eviction block. Jessica wishes things were different and can’t picture being in the house without Cody.

Paul, Mark and Matt say Ramses is shady and he is now done. Ramses comes up to see Paul, Matt and Raven defending himself after Paul call shim sketchy. He honestly wasn’t trying to win the veto, but no one believes him; Paul says he doesn’t care as he has all the power. Paul admits that he trusts Cody more than Ramses, as Cody is honest to his face and struggles whether to leave Ramses up there or to get Cody up there as originally planned.

Americans are reminded to vote for the house guest of their choice to be tempted in the Den of Temptation. This week’s temptation is the Halting Hex, BB19 fans must remember that for each temptation there is a curse and consequence on the house. A Houseguest can only be tempted once this season, so choose wisely.

Paul calls everyone in for the Veto meeting. He announces that Ramses has fulfilled his curse by nominating himself for eviction. Alex, Ramses and Josh tell Paul why he should keep them around. Alex and Ramses explain why they want to stay but Josh rants at Cody and Jessica, telling him how badly he wants him out of the house and never wanted an alliance with him.

Jessica laughs at Josh telling him not to give her life advice after he tells her that she should work to make friends in the house. Paul decides to use the Power of Veto on Josh and names Cody as his replacement. Cody looks at him and says “respect” as Paul adjourns the meeting.