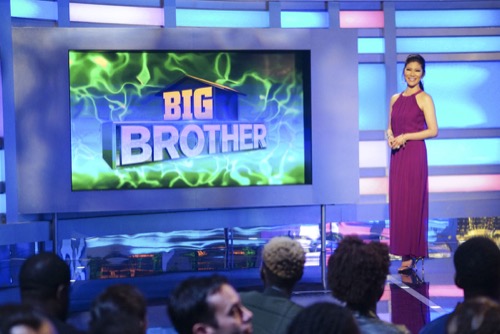 Tonight on CBS Big Brother 19 returns with an all-new Sunday, July 2, 2017, episode and we have your Big Brother 19 recap below! On tonight’s Big Brother season 19 episode 3 as per the CBS synopsis, “The houseguests learn about a new twist called “Den of Temptation,” a potentially game-changing offer.”

Big Brother Season 19 (BB19) continues tonight with its Summer of Temptation and Cody has just adjourned the nomination ceremony with Jillian and Megan on the block. Cody admits that Megan is his target while Jillian cries about being on the block since day one. Megan feels everyone is attacking him and all the stress is making her crazy paranoid and doesn’t feel she can handle it.

Josh tells Jillian not to cry, revealing he cries every single day and cannot function in this house; telling her to calm down and not allow others to see her crying. He says to shake it off, as that’s the name of the game.

Mark and Elena are flirting with each other as well as Cody and Jessica. Matt and Raven are having a lot of fun together too; this season appears to have a lot of shomances. Raven teaches Matt how to dance as she finds his silver hair super attractive. Mark and Elena share a bed but she complains that his arms are ginormous and she cannot breathe.

Josh, Dominique, Mark and Christmas are talking about him being paranoid as Mark tells him he needs to relax and think about him going home to his parents while Mark won’t go home to anyone with his dad dying when he was young and his mother when he was 17. He reminds Josh there are bigger things in this world than just the game and he needs to change his perspective on life.

The housemates arrive in the kitchen and find a bucket of slop with bowls and spoons for the “Have Nots”. Cody reads to them that since he is Head of Household (HoH) he needs to choose the first 5 Havenots of the summer, they can only eat slop, take cold showers and sleep in the most uncomfortable beds ever. Josh, Ramses, Megan, Jillian and Paul volunteer to be the “have nots”.

They are sent to their bedroom as they will also be tempted this season. They enter the room and find beds that are spiked. Paul finds the card which tells them their may be a way to escape this punishment if they give into temptation. There are two colored spikes on the wall and one of these spikes holds the havenots escape and it frees the holder from being a havenot for a week.

All they have to do is be the first havenot to go to the diary room and say they want to claim the key and only one can claim it each week. Once they have the key, they can choose which spike to unlock and they can only choose once; if you open the wrong spike you will add an extra week to their havenot stay.

Jessica is told to go over to see Cody who seems bored but she says not while “Pao Pao” (Alex) is there. Pao Pao was the nickname for Paola from BB16. Megan approaches Alex and tells her Jessica said he wasn’t coming over there because PANDA was there and she didn’t want to deal with that. Megan thinks its a bit racist, even though at first, Alex loved it until she thought about it.

Cody and Jessica are laying in the hammock when Paul tells Jessica how she pissed Megan off calling her a “racist.” Jessica wants to snap Megan in half and goes to talk to Alex in the pantry. Jessica feels that Megan knows she is a target and on the block so she is trying to cause issues among them; Alex believes Jessica is telling the truth while Alex storms out to confront her.

Alex tells Jillian how bad Megan made them look, when Megan enters the room, Alex leaves in a huff saying she can’t be anywhere near her. Megan is crying, tries to drink some water to calm her nerves. She admits she might not be able to handle this and enters the diary room.

Jillian and Ramses go looking for Megan and can’t find her; the next morning Cody gathers everyone in the living room and announces that due to an urgent personal matter, Megan will no longer be participating in BB19. Since Megan was nominated for eviction, Cody has to announce a new eviction; everyone is shocked but Jillian is hurt and upset that Megan left when she could have beaten her on the block. Cody seems power hungry when he realizes how much power he actually has this week.

Cody talks with Raven, Jessica, Dominique and Matt when Raven suggests he puts up Pao Pao as a pawn this week and to throw the Power of Veto (POV) so Jillian goes home. He isn’t sure as he wants to keep Alex around, he respects her as a competitor but he can’t reveal this as his group all want Alex to go.

As the house guests are relaxing outside, Paul comes out revealing he has decided to take the “HaveNots” temptation; everyone rushes in to see if he ends the torture for himself but he chooses to bite the bullet. They all chant for him to open the orange box and Kevin says they need to give him credit. He gets the “Have Not Escape.”

The TV lights up with “Den of Temptation” and they all want to know what is happening. Cody tells the house guests to be prepared to be tempted like never before; revealing there is a new passageway in the Big Brother house will lead them to the next big twist of the house: Den of Temptation.

Jessica, Kevin, Josh, Christmas, Raven, Matt, Dominique, Mark, Elena, Cody, Alex, and Jillian all are told they were not chosen this week. Paul walks in and is congratulated as America has chosen him for the Pendant of Protection which gives him protection from the next 3 evictions; he cannot be nominated or evicted but doesn’t have to reveal he has the pendant unless he is nominated.

He thinks about it but takes the pendant and accepts the temptation. He then needs to choose a bottle of poison that has numbers behind it, the number on the back of the tray will indicate which house guest will be cursed. He picks Bottle number 2, then Ramses and Jason are informed they haven’t been chosen either.

The TV turns on again and every gathers to the living room where they learn the temptation inside the den has been accepted but there is a consequence that will be released upon the house in due time and the next time they are called to the den they should all be worried. They joke that Kevin got it but he says there are two people who know he didn’t get it, him and the person who got it!

Temptation #2 for the Den is the ring of replacement, America needs to vote on who they want to receive this temptation.

Jason thinks him and Kevin are getting close because they are the only two guys in the Big Brother house that are married. Kevin says he is 30 years older than most of the girls there but wouldn’t mind cuddling and wonders if these girls are going to have sex with Cody, for example, doing the game, Jason says of course they will.

Cody talks to Alex as they work out a little bit. He is trying to extend a bridge to her to his side of the house in an attempt to keep her there. He encourages her to kiss ass with the girls in the house, but she refuses. He says she is killing him and she doesn’t know why.

The house guests sit around the table while Cody brings the nomination box down to the table. He says Jillian remains on the block and since Josh is safe this week, he cannot be nominated either. He nominates Alex to replace Megan, saying he was trying to find any way their interests could align and he can’t find any common ground there. He likes and respects her and he didn’t want to back door her. He adjourns the nomination ceremony.