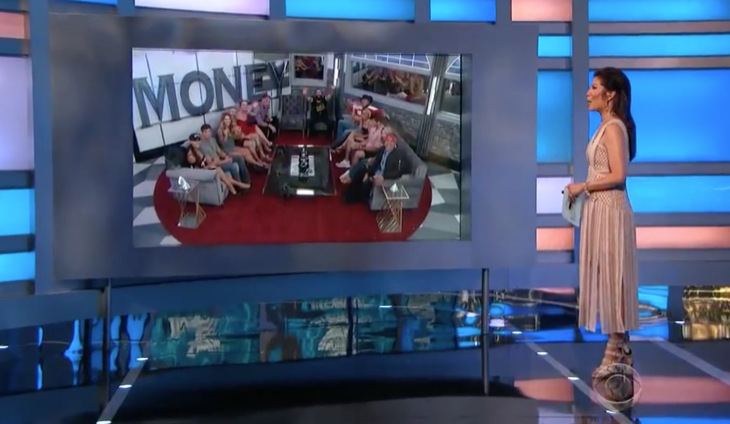 Tonight on CBS Big Brother 19 returns with an all-new Sunday, July 30, 2017, episode and we have your Big Brother 19 recap below! On tonight’s Big Brother season 19 episode 16 “The new Head of Household moves into their HOH room.”

Big Brother Season 19 (BB19) continues tonight with Week 5 as Paul Abrahamian is Head of Household for the second time. Its Day 37 and Jessica taunts him that she has a temptation that will keep her and Cody safe for the next 4 weeks; Paul says he is tempted to call her bluff. Cody is proud of Jessica and feels people are more afraid of her than ever before.

Josh confronts Elena and Mark about not being happy he is still there. Elena is furious that people lied to her face and had a plan behind her back. Josh takes 2 frying pans and goes into Mark’s room and torments him to wake up for some meatball bonding about 10 hours before the live eviction that saved him. Josh tells Mark he is going to experience Big Brother bonding from hell for his last day!

Jessica hopes to strong arm Paul into nominating two other people so she can use the Halting Hex next week; feeling if he nominates them and no one goes home it hurts his game. Jason and Kevin both encourage Paul to put them both up so they can see what her temptation is all about.

Mark worries that he isn’t good with Paul and as he talks to Cody, Elena comes in the bathroom, stomping around. Mark feels like an outsider and when he tries to talk to Elena she tells him she doesn’t feel like talking right now. Matt blindsided Cody and Mark by voting Ramses out but he plays along with them insisting he didn’t work against them.

Paul tells Alex and Jason he is going to put up Jessica and Cody and they better keep him safe next week of he is going to screw them both up. Alex admits she doesn’t believe Jessica either and Paul says if they did, why did Cody look so nervous when he won Head of Household (HoH).

Cody meets with Paul in the HoH room and wants to make sure that Mark isn’t on Paul’s radar because he is the only one he trusts in the BB house other than Jessica. After he leaves, Paul thanks him for now giving him the only connection he can use if he can’t remove Jessica nor Cody.

Alex visits Paul so they can confidently discuss plans for this week. Paul says they are killing it with hiding their alliance. Paul says in the off chance Jess and Cody get nominated, they will use their power to save themselves and he already has two replacements, and Mark will be the one to definitely go home. Paul sits with Elena to plant some seeds of doubt in her mind and tells her that Mark is really ruining her game. Paul tells her the damage is done and although she enjoys Mark, she needs to think what is best for her and will not leave the game looking dumb for going down because of her showmance.

Mark talks to Elena in private and says that Cody and Jess want them to work together but Elena is tired of Mark’s obsession with Cody and Mark says he is the only person in this house he can be himself around; Elena reminds him this is a game. Elena doesn’t want Mark to not speak for her and he confronts her over he anger. She admits she didn’t leave her entire life to throw her entire Big Brother game away for a guy she met under 40 days ago. Elena leaves the room, pretty much ending things with Mark.

The TV lights up with the Den of Temptation and all the house guests learn what the consequence was for Jessica accepting the temptation. Paul announces for the next 3 weeks there will be a temptation competition, and for the first time in Big Brother history they each have to choose whether they want to compete or not.

If they compete, whoever wins the competition will be safe for the week but be warned, if you decide to compete and lose, you will automatically become the 3rd nomination for the week. The 3rd nominee will compete in the Power of Veto (PoV) competition and if they win the golden power of veto, they will be safe and there will be no replacement. If only one person chooses to compete, they are automatically safe and since HoH cannot be nominated for eviction, they are not eligible to compete. House guests will be called in one at a time to the Den of Temptation to lock in their votes.

Jessica doesn’t want Cody to compete because she wants everyone to feel comfortable and safe with them and act like they trust them. If Cody competes, it will make them look like they are worried; she storms off when he thinks she is wrong. Elena is thinking of not competing because she wants to show Paul she trusts him and whatever he decides as HoH.

Cody joins Mark and Elena asking how they are doing? Mark says he can’t do any worse than he is doing right now. Cody says Mark’s odds should be pretty good to not end up being last in any of the competitions; Elena lays in silence.

Alex isn’t sure if she is going to compete, saying it depends on what is best for the group. Paul tells Matt that he should go ahead and compete because there is no way he will come in last either. Matt says there is nothing personally good for him if he competes in the temptation challenge but he is team player and if Paul wants him to do it, he will.

Alex goes to the Den of Temptation (DoT) and is told to choose wisely; each house guest is told to drink either the red of green potion to lock in their vote. Each HG comes through the den and after they have completed that they all are in the yard and told when their name is called, they are to stand and compete.

Jason, Matt, Alex and Mark stand and Paul worries that if Mark wins he put a real pivot in his plans. Alex is super excited the game is Big Brother Bowlerina competition. All four are put into leotards and tutus. Paul welcomes them to the temptation game, to play they need to press their button and the goal is to knock down their bowling pins in the fastest amount of time. There is a gate blocking their pins and in order to lower the gate they need to spin 15 times on the handle, the gate will lower for 15 seconds and they will have to spin again to lower the gate again.

Jason is up first and his time is 3:37 after 4 attempts. Alex is second and finishes with 1:39 after 3 attempts. Mark needs to beat Alex for first and beat Jason so he isn’t the special third nominee. Josh says Mark looks like an over-stuffed meatball in a tutu. Mark finishes in 1:18 and now takes the lead and is currently safe. Matt is the final house guest to play in this week’s temptation game. Matt finishes with 2:35, meaning Jason is on the block and Mark is safe this week; Elena is scared that she is now the next best target.

Mark says he needed this win for so many reasons and Cody tells him Paul threw a fit when he won. Jessica reminds him that the four of them are working against the entire house and Mark admits he loves that it has come full circle because the game is on.
Jessica decides to talk to Paul in private and tells him that she took the temptation of the halting hex ensuring that her and Cody are safe for the next couple weeks. Paul says he needs to do his own research for the nominations this week especially since Jess is being super vague about her temptation.

Paul says now that Mark is off the table, he thinks that he needs to put Elena up. Alex and Matt both offer to go up as a pawn on the block because they feel they have the numbers to save either one of them, but the proposition is still risky. Jessica asks Paul if there is anything he wants to know, but he isn’t really interested what she has to say just before nominations.

Paul gathers everyone for the nomination ceremony reminding everyone that Jason is on the block as a special nominee. Paul nominates Jessica first and the second one is Cody; both of them smirk as Paul waits for their response. He says him and the house felt it was important to know what her temptation consists of. Cody and Jessica laugh when Paul says since there is no comment people are very confused. Cody tells him he is sure they are. Jessica says this is a waste of a week, especially after she told them she would be safe.

Be sure to tune into CBS’ Big Brother Season 19 on Wednesday, August 2, 2017 to see who will win the Power of Veto and if it will effect the nominations. Will Jessica reveal the details of her temptation to the house?