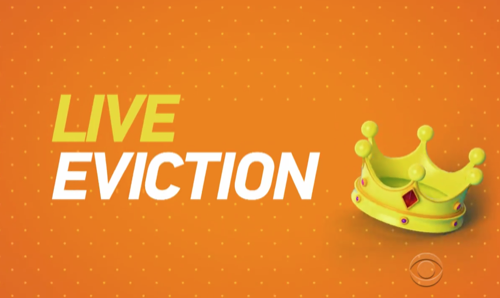 Tonight on CBS Big Brother 19 returns with an all-new Thursday, July 6, 2017, episode and we have your Big Brother 19 recap below! On tonight’s Big Brother season 19 episode 5 “Live Eviction” as per the CBS synopsis, “Another houseguest is evicted from the compound. The remaining players compete to become the next Head of Household.”

Big Brother continues from the Power of Veto meeting where Alex takes herself off the block and Cody attempts to put Paul on, but he has the Pendant of Protection, saving him from the next 3 evictions; but by process of elimination, Christmas is now on the block with Jillian.

Elena is upset that Cody is making such massive moves; by placing Christmas on the block he has thrown a wrench into her game too, she feels it was very selfish of him. Christmas confronts Cody in the kitchen claiming he is a straight shooter; he tells her not to do this out in the open, she tells him they can go upstairs.

Jessica is frustrated, but isn’t willing to jeopardize everything with Cody to save Christmas. Paul tells everyone sarcastically he appreciates the loyalty; outside Josh tell Paul he is there for him and Christmas. Upstairs, Cody says he is running out of options since this is his fifth nomination and he understands the game and what has to happen for his plan to work. She says there were two other potential nominations in Jason and Ramses but he claims she doesn’t understand but she says she understands he isn’t a man of his word.

Paul joins Dominique and Jessica, saying the temptation was his plan B to see who in the group would stab him in the back; he knew had he been the vet against Jillian, he would have been going home for sure. Christmas enters the room and asks what she had done to cause Cody to put her up; she is angry that they didn’t stick to the plan and says this is not a dictatorship and Dominique feels she can’t trust Cody any more.

Matt, Raven, and Elena bring Paul into a room saying they did not know that Cody was going to do this and they all feel Cody has screwed every single one of them. Matt says there is no way he can trust Cody moving forward.

Jessica admits to Cody that she knew he was going to find a way to try to take Paul out; he feels that by Paul hiding that he got the temptation prove exactly what he is about. Jessica is mad at Cody for ruining the peace in the house and now it looks like he has been playing both side; he storms out of the house as she tries to talk to him.

Outside, Mark is shocked but still trusts Cody and feels they need to get Christmas out of the house as she is a threat. Jason frets about his deal with Cody, but he put Christmas up on the block and not him so he is going to sit back and see how things play out. Jessica sits and talks with Cody saying she needs to clean up his mess after stirring the pot. They both know the rest is up to the house and she orders him not to do anything stupid any more.

Jessica sits with the group saying they are all targets because of their association with Cody. Elena isn’t going to vote for Christmas to go home because she has no reason to do it; everyone tells Jessica she cannot trust Cody. She feels there is no way to put a bandage on this, even if Christmas comes back to the group, the foundation is shaken.

Christmas shares that she doesn’t get mopey but every day when her and Jason get up, they dance and being nominated wasn’t taking that away from her. That morning, Christmas is riding on Jason’s back when he slips and you can hear a crack, she tells Jason to go tell them immediately knowing something is seriously wrong.

Cody sees her lying there and tells Jessica to go check on her; Matt comes out as Christmas says she broke her foot. She begins to cry at the fact that she may have to leave the game and she isn’t ready for that; Matt and Cody carry her out of the house. Paul is sure Christmas will come back with a vengeance and he wants to make sure they align. Mark plans to stay loyal to Cody and vote for Christmas to leave. Paul visits everyone trying to persuade all of them to keep Christmas around.

Christmas returns with a cast and on crutches. She says she definitely tore some ligaments, she refuses to quit and doesn’t want Cody to put another person on the block. Jessica rushes to tell Cody and Mark about Christmas and how defiant she was about sticking around and Cody is still determined to evict her.

Mark says on a game level Christmas is a huge threat but they are friends, he is embarrassed how he has treated her the past couple days and sits with her on the couch apologizing for not being there for her. Christmas felt he kept his distance because he had something to hide. He says she is very intimidating to him and he should have explained himself right away instead of hiding.

When she returned injured, none of them came downstairs to check on her; she begins to cry and he holds her; she appreciates and accepts his apology, Mark cries too. Mark felt it was a clear cut decision but now that he has spoken to Christmas, he is completely torn on who to vote for.

The live vote and eviction begins as each block mate has the opportunity to sway the votes. Christmas says that in spite of a broken foot, she is there to play and stay. She says that Cody and Jessica stabbed her in the back, lied to her and pulled the rug out from under her and she wants everyone of them to know that and she is there 100% and will always give her best.

After all the votes are in the house guests learn that Jillian has been evicted with a vote of 8-4 and given a few minutes to say her goodbyes, gather her belongings and leave the Big Brother house. Jillian is in shock but Cody is furious its not Christmas going home. Jillian sits with Julie Chen while the other house mates watch as her picture goes grey. Jessica calls Christmas a coward and Christmas tells her to get out of her face while Christmas gives Alex her glasses.

Jillian admits she was sure it was going to be a tie and Cody would have broken the tie by keeping her safe. She thinks Paul got in the middle of the votes she had established, although she isn’t sure why they kept Christmas over her. She has no final thoughts to share saying she never expected this.

The Head of Household (HoH) competition begins in the backyard that is set up as Candy Crush, Cody as the outgoing HoH is not allowed to compete. All they need to do is roll a ball down one of the 3 transparent ramps on the Candy Crush board in an attempt to get their ball into the heart of the board; getting a chance to take a shot won’t be that simple. Candies will begin to fall into the yard and they must search for candies containing tickets which they can redeem for a ball to take a shot. They can redeem it for themselves or another house guest; but they can only take 3 shots individually. The first house guest to get the ball into the heart becomes the new HoH.

Julie tells them to keep searching and wishes everyone good luck and good night. Big Brother 19 (BB19) returns on Sunday, July 9, 2017 where viewers can see this important battle for power play out. Be sure to tune into CBS’ Big Brother to see who becomes the next HoH, who is nominated for the block and who is tempted by the Den of Temptation as well as the PoV all happening next week!