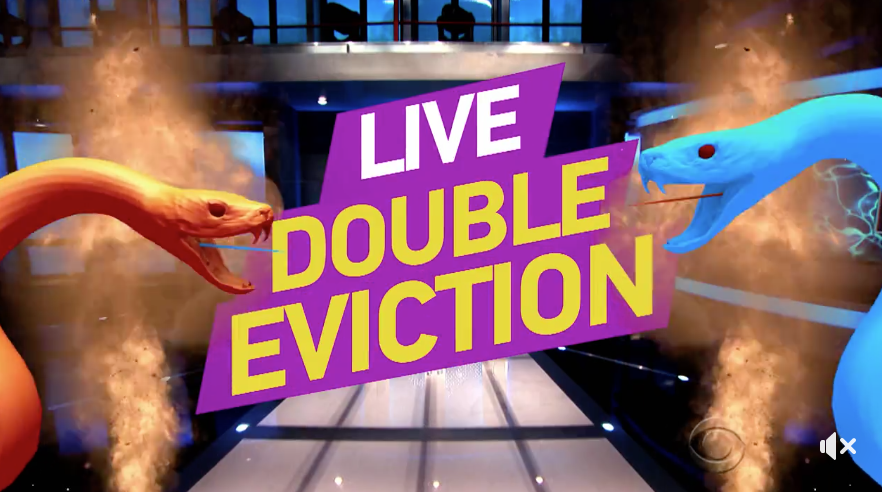 Tonight on CBS Big Brother 19 returns with an all-new Sunday, September 7, 2017, episode and we have your Big Brother 19 recap below! On tonight’s Big Brother season 19 episode 34 “Another houseguest is evicted from the compound. The remaining players compete to become the next Head of Household.”

Big Brother Season 19 (BB19) continues on Day 76, BB host Julie Chen welcomes everyone to another double eviction night and we are less than 2 weeks away from announcing the BB19 winner. The veto meeting is adjourned, Christmas is happy that everything is going according to plan and come tonight they can send Jason to Jury. Kevin doesn’t understand the strategy, as Alex and Jason are the two power players and is a bit upset, saying Alex better go home before him.

In the bathroom, Alex tells Paul that Kevin is wigging out and he says that’s a good thing. She is celebrating because she has wanted him gone for a long time. Paul feels it couldn’t go any better because if Kevin feels uncomfortable, then Alex is feeling comfortable, meaning Jason is comfortable so come eviction night he will be blindsided. Jason tells Kevin that Alex would not vote to evict him, so they are still pals but it is bye for now.

Paul explains his way of getting Jason out this week, and keeping his hands clean comes in two steps. 1. win the power of veto and take Alex off the block and now that he has accomplished that, 2. he needs to cover his t racks and have the votes come down to a tie and Christmas gets the final vote; she is willing to take the heat. He is concerned that Josh isn’t going to go with the plan. Josh says its not that he doesn’t trust Paul, its what happens to him and Christmas if they follow his plan.

Josh and Jason are in the hot tub and Josh says he knows Jason has to go because he is such a strong competitor, but to know that there is a blindside coming his way it is breaking his heart and he begins to tear up as he feels like a snake blindsiding a friend, someone who has helped him through this whole process and he doesn’t feel good about it and isn’t sure he could go through with it but could make a crazy move and blow up the whole house!

The House Guests (HGs) are informed that tonight is time for another double eviction and before the hour is up 2 of them will join the jury and 5 of them will battle to finale night. Jason stands up and congratulates his wife and son, then says he wants to display more of his charisma, confidence, courage and character and wants them all to keep him there. Kevin stands, shakes hands with Jason, says hi to his family back home; tells the HGs he had a great time and proud of every one of them; says its a great summer and thanks Julie for being a gracious host.

Alex votes for Kevin. Raven votes for Jason. Paul votes for Kevin. Josh votes for Jason, he is in tears. The house is in a tie and Christmas, the current Head of Household needs to give the deciding vote; she votes to evict Jason, saying its all game, not personal. He rushes out of the house, not even giving Alex a chance to hug him. Josh cries saying he is so sorry as Paul says if he was on the block he would have evicted him too and says its just a game and they are too strong of a competitor; Josh says he would have evicted Paul too.

Jason says this was 100% not expected and was blindsided, he was glad he made it this far and says he would like to go back in there for just 5 minutes; Julie jokes for the safety of those still inside he can’t and its not allowed. Julie plays 5 messages left for Jason beginning with Alex, then Josh who says the alliance is between him, Paul and Christmas, Paul tells him he left him behind with a bunch of counterfeits. Jason says Paul is obsolete now as he is blatantly lying.

The HoH competition is up for grabs and Christmas is not eligible to compete, as she is outgoing HoH. This competition is called “Fake News”, Julie will read them a series of BBC headlines that may or may not have taken place in the BB house this summer and they need to decide whether the headline is real or fake; each correct answer will get one point, at the end of 7 rounds, whoever has the most correct answers wins the new HoH.

Round 1, everyone gets a point. Round 2, Paul and Josh get it wrong. Round 3, everyone gets a point. Round 4, Kevin is the only one who got it wrong. Raven and Alex are tied for 4 pts each. Round 5, Alex and Josh are the only ones getting points and Alex takes the lead with 5 pts. Round 6, everyone got a point. The final round, Round 7, Alex wins the HoH. Everyone is told to head to the living room right now as nominations are happening right now.

The HGs head to the living room where the new HoH is to face her HGs and make her 2 nominations; she chooses Kevin and Raven for the vote; but they have a chance to save themselves with a live Power of Veto competition starts next.

In the yard, the veto competition begins, they are playing the game called “Lime Drop”, on Julie’s go, they are to race down to their lemon trucks, dive in and search for limes and transfer the limes, one at a time into their tube; if they miss their tube they must return to the truck to find another lime. The first HG to get 4 limes into the tube and get back to the truck and press their button, they will win the PoV; but they must remember if the lime ball hits the ground at any time, it is out of play.

Its a 3-way tie between Alex, Raven and Josh and suddenly Josh gets the 4th ball in and is given a few minutes to strategize; will the game change and what will Josh do with his golden power of veto?

Back in the BB living room, the HGs settle in to begin the veto meeting. He has the opportunity to remove one of the nominees from the chopping block or leave it as it stands. He feels alone in the game right now and chooses not to use the power of veto; the nominations will remain in place and Julie will be back for the live votes for eviction in a moment.

Now that Jason is gone, either Raven or Kevin will join him in the Jury house. Kevin stands, says its a long summer and tells everyone to do what they feel is right and have to do. Raven stands and says she is not ready to go home, nor her BB experience to end and hopes they will keep her around a little longer; Kevin shakes Raven’s hand and Paul votes for Raven. Christmas votes for Raven; its official that Raven is leaving the BB house but just to see Josh votes to evict Kevin.

Julie announces to the HGs that by a vote of 2-1, Raven is evicted from the BB house; everyone hugs her as she sobs and Josh keeps apologizing but Raven says he’s not and is greeted by claps and cheers. Paul congratulates everyone on making it to the final 5, as its a huge accomplishment. Josh goes into a private room and cries.

Raven understands that they kept Kevin there because there isn’t much there. She says she respects their decision. Raven says she thought she played the game and had a very social game, she has no regrets and would have done the same thing she did again. Julie says they will see her again on Wednesday, September 20 when all the ones in the Jury House will vote who wins Big Brother Season 19.

Julie announces that on Sunday, September 10 BB19 we will see who will become the new HoH and which new house guest will be nominated for eviction; also on Sunday is the world premiere trailer of “The Revengers”. The big announcement is that this winter for the first time the unexpected is coming… CELEBRITY BIG BROTHER!!