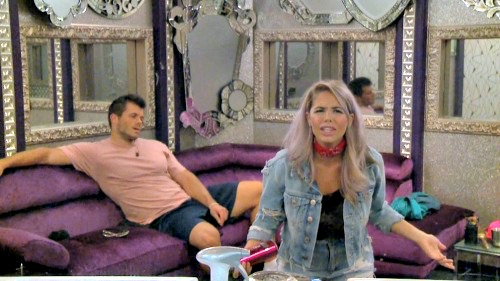 Big Brother 19 spoilers reveal that Elena Davies responded to series of years-old tweets being passed around social media.  Apparently, a few Twitter users dug up a series of racist and fat shaming tweets, for the purpose to “expose” Elena.

The tweets are being seen as racist, shocking, and down right wrong by most people commenting on social media. All of the tweets Elena took responsibility for and issued a full apology. In one of the tweets, she asked a user, “Did you have fried chicken and waffles before or afterrrrrr the watermelon. Oh! And what flavor of Kool-Aid?”

In another tweet, she said that since America voted for President Obama, she didn’t trust them to decide who to win The Voice.

And, in another, she said she saw a “fat chick” making fun of another fat person.  She goes on for several tweets saying that the one making fun of the other had a bigger rear end, thus the “fatter one.” 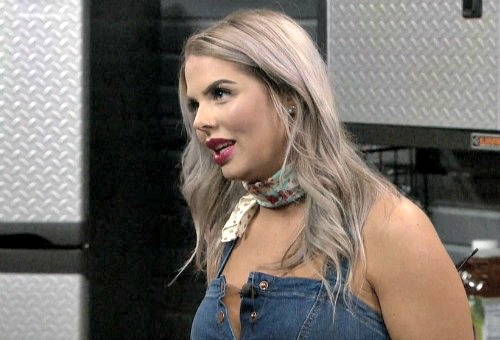 Elena acknowledged that her tweets were offensive. She claimed that she has matured and changed her views since 2013, but claimed they were not “her thoughts,” but mostly friends’ quotes and songs. Davies added that she feels misunderstood and “people took them out of context.”

The Big Brother 19 star claims that it was never her intention to offend anyone. “I used to be a very reactive person and have learned that in no way does that serve me or others. I do have a slightly abrasive side, but would never purposely offend anyone.  I hope you can forgive me, and recognize the person I am today and growth is sure to come!”

The BB19 fans on social media do not forgive her harsh words and have created a hashtag to expose all her hateful tweets.  The hashtag is #ExposeElenaParty.  If you put the hashtag in Twitter’s search bar, it will bring up hundreds of tweets from Elena going back to 2008.

Do you accept Elena’s apology for racist and offensive tweets? Should Big Brother be more selective about who they bring on as houseguests? Stick with CDL for more Big Brother 19 spoilers, news, and updates!