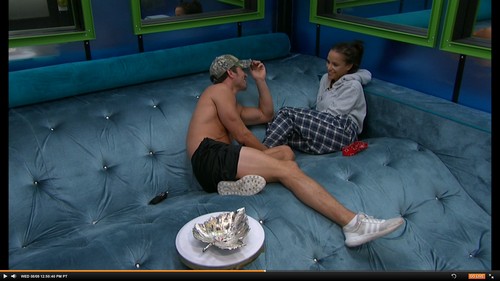 Big Brother 19 spoilers tease Jessica Graf’s alleged “butt poking” could lead to a sexual assault lawsuit. The problem is several houseguests have complained about Graf’s behavior and BB19 production hasn’t done anything to stop her offensive and possibly illegal behavior. At this point, the Big Brother houseguests want Jessica out of the house, if for no other reason, but to stop the harassment. Is Big Brother risking a lawsuit or multiple lawsuits by allowing Jessica’s behavior to go unstopped?

Last week, Alex Ow revealed that Jessica had “touched her vagina” when trying to “poke her butt.” Big Brother 19 spoilers state that Alex told Josh Martinez that was one of the reasons that she didn’t like Jessica and could never work with her. Alex suggested that Jessica was a sexual predator for touching other houseguests’ private area without having permission to do so.

BB19 live feed spoilers showed Alex getting emotional while talking about Jessica’s poking incident. Apparently, it affected her so severely because several years ago a family member was raped and killed. 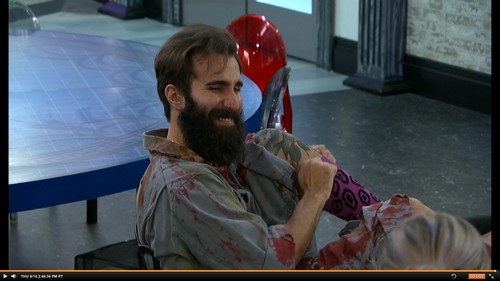 Besides Alex, Big Brother 19 spoilers indicate that Jessica touched Matt Clines, Jason Dent, and Paul Abrahamian. Paul told Jessica that he didn’t like that and not to touch him again. It didn’t scare her away though, as she poked him several more times.

The biggest problem about her behavior is that she thinks it is funny. She laughs it off as a joke and tells her fellow houseguests to “lighten up.”

Big Brother 19 spoilers indicate that Paul and Kevin Schlehuber chatted about Jessica’s poking problem and they agreed that if she was a man, she would have been arrested and thrown out of the house already.

TMZ shared that Reilly stated that if it was a male doing the poking, it would be a real problem. Rachel added that if Josh was doing it, he should face criminal charges. Seems like a double standard, doesn’t it?

So, it’s okay if a woman does it but not a man? Okay, Rachel! Apparently, Rachel isn’t alone. Many people felt that people should relax and allow Jessica to “blow off some steam,” but if Josh did it, he should be arrested.

Do you think Jessica committed sexual assault? Do you agree with Rachel Reilly when she said that it is okay for Jessica to do it, but if Josh did, he should face criminal charges? Stick with CDL for more Big Brother 19 spoilers, news, and live feed updates!