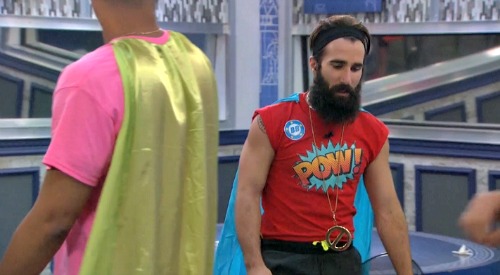 Big Brother 19 spoilers reveal the Week 11 POV competition winner. Josh Martinez still claims that he needs to take a shot at Paul Abrahamian to win the game, but worries that he cannot get the votes to oust him from the BB19 house. Christmas Abbott refuses to give Josh confirmation that she would take him to final 2.

To recap Week 11 so far, Josh won the HOH competition and put Alex Ow and Kevin Schlehuber on the block. Immediately after the nomination ceremony, Alex cried to Josh stating she thought they had a deal and was going to the end together. Of course, that in turn, made Josh cry and push her to win the POV competition.

Big Brother 19 spoilers indicate that Josh asked Christmas if she planned on taking him to the end. Christmas stumbled over her words and said that she hasn’t figured out what her final two deal will be yet. Of course, Josh knows she is lying, and it told him that Christmas isn’t going to be loyal to him. 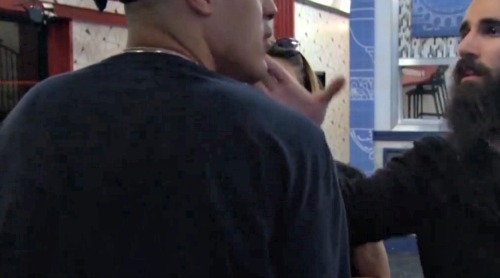 Kevin and Paul chatted about Week 12 and how they will (hopefully) get to the end together. Paul said that one of them needs to win the HOH and take a shot at Josh. Paul is planning on Alex going this week and heading into the final 3 with Christmas and Kevin. He thinks that is the best way to make sure he will win the game in the end.

Josh had a chat with the live feeders and said that he knows he needs to take a shot at Paul but isn’t sure if he wants to do it now or wait for the final 3. He had a feeling that Paul will not take him to the end because he may not be able to beat him. The meatball knows that America wants him to take a swing at Paul, but he’s still too scared to turn on his master.

The POV competition winner is Paul. He will likely keep the nominations the same and send Alex home. Using the POV would mean that the only other person that could be nominated would be Christmas –someone that Paul wants to be sitting next to in the final two on September 20.

Are you happy with the POV competition results? Do you want Josh to turn on Paul? Stick with CDL for more Big Brother 19 spoilers, news, and live feed updates!