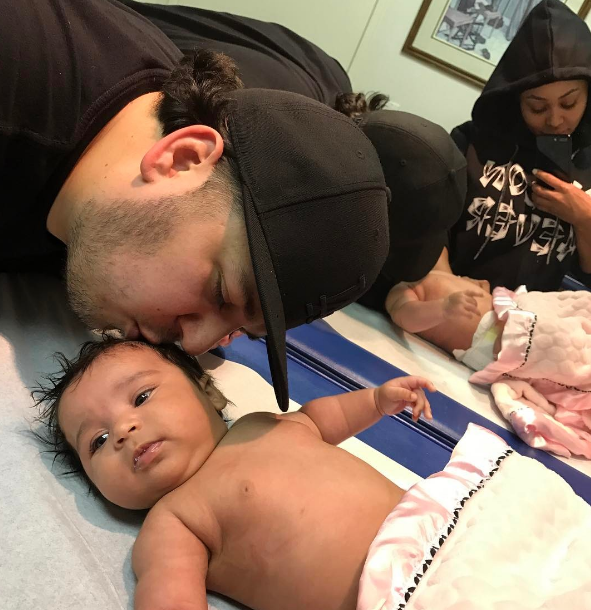 Is Blac Chyna dating French Montana now? That’s what everyone is wondering as the social media model posted a photo of the two of them hanging out on the wing of a private plane. Chyna shared the photo on her Instagram account and captioned it simply with, “Bruva!”

A lot of fans believe that Chyna might have shared the photo just to anger the Kardashian family. Insiders say that Chyna is still technically engaged to Rob Kardashian, even though the couple is yet to set a wedding date. Still, they’ve been fighting non-stop ever since their daughter Dream Kardashian was born back in November. At one point, Chyna even packed all of her belongings and moved out of the home she shared with Rob, signaling that she was indeed done with their engagement.

So has Chyna moved on with French? That’s what fans want to know. Some are even saying that if Rob posted a photo with another woman on social media, Chyna would apparently flip out over it. It’s without a doubt that Blac Chyna is definitely sending a message to everyone by posing for a photo with French Montana and posting it on her Instagram account.

Sure, Khloe Kardashian and French Montana broke up several years ago but he’s still Khloe’s ex. It’s without a doubt that the Kardashian family will be none too pleased when they find out that Chyna is dating French. The last thing they need is more people from their past included in their drama.

So far Blac Chyna has not made any comments about her relationship with French. And while she and Rob have been on-again, off-again for several months now, no one really knows what the status of their relationship is either. No matter what happens though, Rob is still a part of Chyna’s life. After all, sources say there’s no way Rob will allow Chyna to raise their daughter Dream Kardashian on her own. In fact, Rob’s mother Kris Jenner wouldn’t allow for it to happen, either.

What do you think? Is Blac Chyna just messing with everyone’s minds here? Or is she in fact dating French Montana? What will Rob Kardashian say when he finds out about this? Let us know what you think by dropping us a line with your thoughts in our comments section below. Also, don’t forget to check back with CDL for all the latest news and updates on Blac Chyna and Rob Kardashian right here!