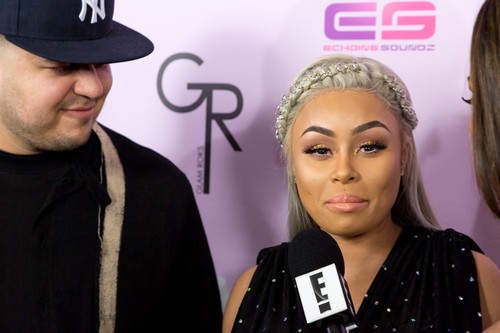 Rob Kardashian and Blac Chyna’s dysfunctional relationship just became even more toxic. A judge has issued a temporary restraining order against Rob Kardashian. This comes after Rob went ballistic on social media and posted graphic photos of Black Chyna on his Instagram. Of course, posting explicit photos of an ex on social media is against the law in California.

Now, TMZ is reporting that not only is Blac Chyna afraid that Rob Kardashian will harm her, citing past domestic abuse in their relationship. Blac Chyna claims that in April Rob punched her and threw her to the ground, and when she ran to the bedroom to escape him, he punched a hole in their bedroom door in an attempt to get to her. Blac Chyna is also claiming that Rob Kardashian owns a gun and has threatened to take his own life in the past. 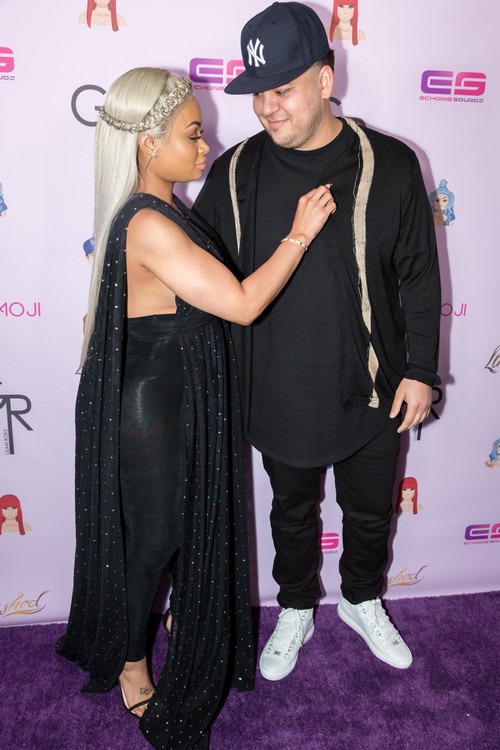 Now Rob Kardashian is also claiming to be a victim of domestic abuse. Sources close to the reality star cite an altercation back in December where it is claimed that Blac Chyna his Rob with a metal rod and attempted to choke him with an iPhone cord. Rob was apparently saved when Corey Gamble, the boyfriend of Kris Jenner came to Rob’s rescue and pulled Blac Chyna off of Rob.

Rob Kardashian has also hired a famous attorney, Robert Shapiro, the same Robert Shapiro who was part of OJ Simpson’s “dream team” along with Rob’s father, the late Robert Kardashian Sr. It is being reported that Rob did not contest the restraining order, nor did he show up for court. Instead, he sent his attorney, Robert Shapiro to speak briefly on his behalf after the court hearing. In Robert Shapiro’s statement he claims that Rob only wants what is best for Dream, the daughter Rob shares with Blac Chyna. Rob also claims that his social media tantrum was a “spontaneous reaction” that he regrets.

With Rob Kardashian entangled in such drama, you would think his family would be there to help, at least where baby Dream is concerned. But the rest of the Kardashians are ignoring the situation, instead they are posting happy pics on social media. Kim Kardashian is promoting her makeup line, while mom Kris Jenner was busy flooding her social media with comments about daughter Kendall, who is walking the runways during Paris Fashion Week. While there have been a few reports that claim the family is worried about Rob Kardashian, they don’t seem to want to have anything to do with him publicly.