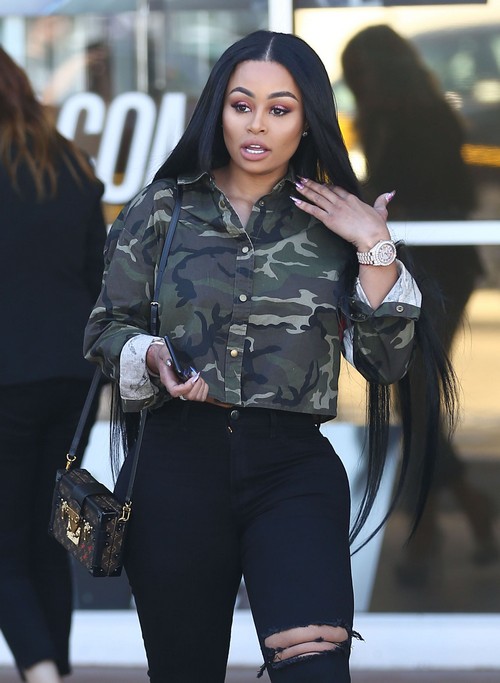 Blac Chyna sure looks happy without Rob Kardashian these days. The former Instagram model has been putting her post-baby body on display on social media. She also looks as if she’s free from Rob in her latest photos. Blac Chyna was recently spotted in Miami without her ride and die fiancé.

Rob Kardashian who? Blac Chyna stepped out earlier this week, looking happier than ever. She looks like she’s ready to find her next baby daddy. As you already know, she shares a child, King Cairo, with ex-fiancé Tyga. She also had her second child, Dream Kardashian, with Rob last year.

In the latest photos published on the Daily Mail, the former stripper was surrounded by a group of men. Blac Chyna was spotted hugging one of the mystery men. She was without her on-again fiancé Rob Kardashian. Blac Chyna stepped out in a sheer lace romper that showed off her black bikini underneath. She paired her look with black platform sandals. Blac Chyna is a mom, but she can’t seem to leave the stripper life behind. 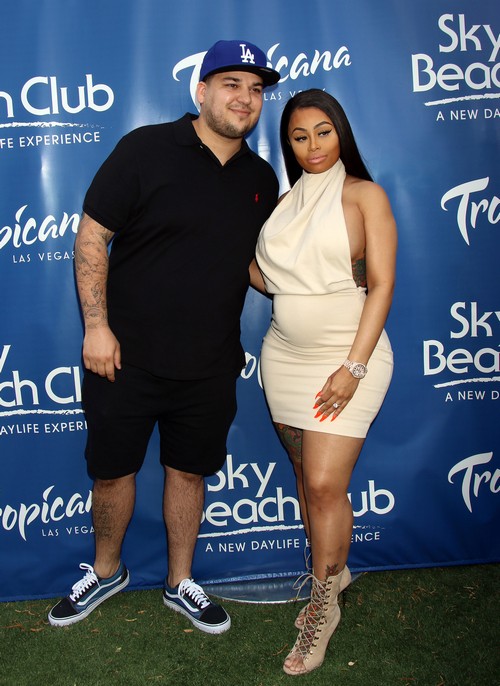 She was also there with her friend Lira Galore, who wore a white skirted bikini. Chyna was also seen holding hands with her hairdresser and friend Kellon Deryck as they walked onto the dock together. She was also seen wrapping her arms around another man, and at one point looked at her phone. Rob Kardashian has accused Chyna of cheating and texting other men on their reality show “Rob and Chyna.” Their relationship is so toxic that she has accused him of doing the same with other women.

Earlier this month, Blac Chyna reportedly partied the night away with her ex Tyga. The former lovers went to a nightclub in Miami and partied until the early morning hours, according to the Hollywood Life. Chyna and Tyga usually don’t get along. They’re always airing out their dirty laundry on social media. Chyna accused T-Raww of not paying child support for their 5-year-old son. That very night, however, Chyna was seen dancing on the balcony while Tyga was hanging out in the DJ booth. 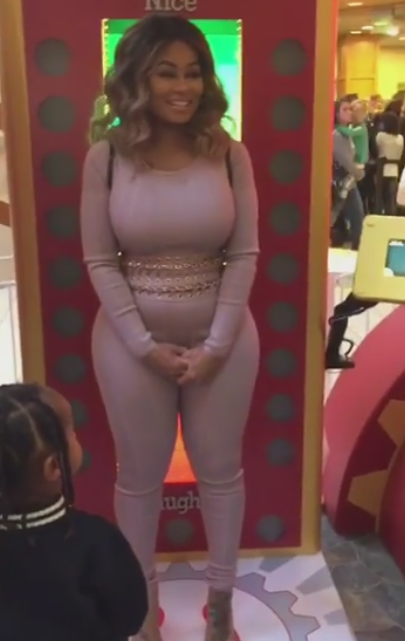 Even fans noticed the two were at the same place at the same time. Blac Chyna has been on and off with Rob Kardashian while Tyga has split from teenage girlfriend Kylie Jenner. While fans freaked out over the sighting, they doubt that Chyna and Tyga would ever get back together. “I don’t think Chyna would ever take him back. Chyna is a totally different person from when she was dating Tyga,” one fan wrote on Twitter.

Blac Chyna is not done taking over Miami. She was spotted showing off her post-baby body in an orange bikini top on Tuesday. She spent most of her time lounging by the pool with her friends. Back in March, Blac Chyna revealed that she’s only 11 lbs. away from her post-baby body weight. 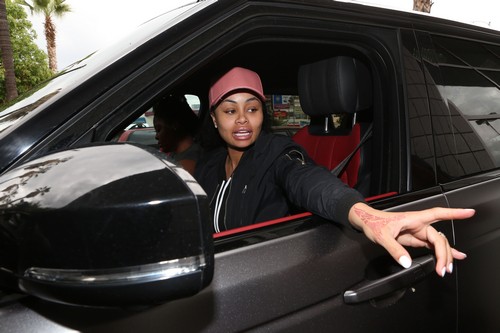 It looks like she’s following in the footsteps of Kim Kardashian’s weight loss obsession. She took to snapchat to reveal that she’s now at 141.6 lbs., which is 51 lbs. less than her previous weight of 192 lbs., reports People. Chyna said that during her pregnancy she wanted to pig out and put on the weight and then to drop it all. That doesn’t sound particularly wise or wealthy, but what do you expect from a reality star?

Blac Chyna and Rob Kardashian are still separated as of this moment. The two were last seen having dinner together on April 20. But, you never know. They’re so up and down that they could get back together soon. For more news on Blac Chyna come back to CDL!