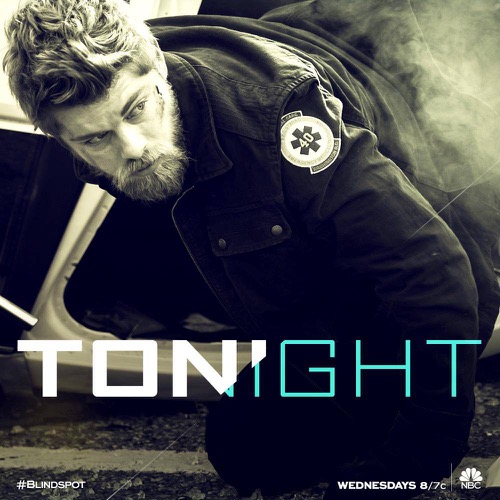 Tonight on NBC Blindspot airs with an all-new Wednesday, May 17, 2017, episode and we have your Blindspot recap below.  On tonight’s Blindspot season 2 episode 22 finale, “In the second-season finale, the FBI copes with a tragedy. Meanwhile, Weller is at the center of a surprising event; and Jane faces an uncertain future.”

Blindspot Finale Recap: Shepherd’s plan was simple. She had arranged for various people in high positions to either to die or get fired because she had wanted their second-in-command to take their office however there was something that she knew that many of them didn’t until it was too late.

Shepherd knew that acting directors in each given field were atomically in line if something were to ever happen to their government. But she already had something in mind to remove all those that were currently in power. So her shadow government was ready to take over whenever she did away with the last administration.

However, Weller had put everything together when he found himself in a bunker and someone finally explained that he was part of the COGGS that everyone was talking about. So he decided to join forces with CIA Agent Keaton.

Keaton was the only other person that seemed concern that Shepherd chose all of them to fill positions that weren’t even vacated yet and so he tried with Weller to find a way they could make a call though Weller barely got any words out when one of Shepherd’s people shot their only phone. He said that Shepherd was building a new world and that they couldn’t jeopardize it.

So Weller and Keaton had had to take the poor and delusional man out of his misery. He apparently didn’t know or didn’t care that his boss was going to wipe out the U.S. Government yet Weller and Keaton did and so they raced to the only place they thought was safe. They went back to Weller’s office and they called in his team. Though the team was sort of up to date as is.

They had stumbled across evidence that someone was going to bomb the White House because the president had called a meeting with members of the government to convene there and so Weller found out that they had someone in their custody that could help.

They had the guy that created the explosives that Shepherd was going to use on the FBI and that meant he knew more about Shepherd’s plan than he was letting on. But in the meantime, Weller decided it was in their best interest to begin sharing information with Keaton and their new Acting Director.

So he told them that they had found out Shepherd had been in Bangkok and that they didn’t know why she had gone there however Keaton had had an answer. He said the CIA were investigating an arms deal that went south and that someone had made it out of there with nuclear material.

That someone, unfortunately, could only have been Shepherd. Shepherd had gotten her hands on nuclear material and so they used that to interrogate their suspect. Though he swore that he didn’t knew Shepherd’s plan until much later. He said that he had helped her craft her bomb and that it was set to go off the moment he was triggered by satellite.

They had hacked the satellite into releasing a frequency that no one would notice yet the frequency could trigger something as sensitive as nuclear matter. So Weller had Keaton and a still injured Tasha to use the drone system in the building to see if they could detect the weapon meanwhile he had Patterson look into hacking the satellite.

Patterson had said that her part was doable, but she had needed help from people that understood the satellite system better than she did and so two scientists were brought in from NASA. Yet, Patterson still had to use laymen’s terms to get them to understand what she needed.

She believed that she could force the signal to follow a decoy and she told them that she didn’t know how to she could hack something from space unless she was there. So one of the scientist realized that Patterson could use one of something from the space station. He said that NASA could launch a device from there that would grant her computer access.

But Keaton and Tasha had found out where the nuke was with the drones and so they had given Weller the location yet he and Jane had run into some difficulties. Shepherd had decided to personally ship the nuke into DC herself and her people had thrown everything at they could at the feds to buy her time.

So Weller and Jane had had to go after Shepherd without any backup and Shepherd didn’t go down without a fight. She firmly believed in her cause to the point that she was willing to die for it and so she did the one thing they weren’t expecting. Shepherd swallowed the beacon to device and unless they destroyed it then Patterson’s decoy was never going to work.

So Weller was trying to figure out how to destroy in time because the signal had gotten sent while they were taking down Shepherd. Yet, Roman came out of nowhere and ram their car therefore Jane had to finally fight him. And she did try to fight him. Just she couldn’t kill him and so she allowed him to get away meanwhile Weller used a defibrillator on Shepherd and that short-circuit the signal from the beacon.

And so everything should have been great what with the team saving DC and the government, but right as Weller and Jane finally got together there was a fast-forward of two years and Jane had left the team for some reason she’s ashamed of. However, Weller said she had to come back because their friends had gotten kidnapped. So what could have happened in those two years that made everything from good to bad?