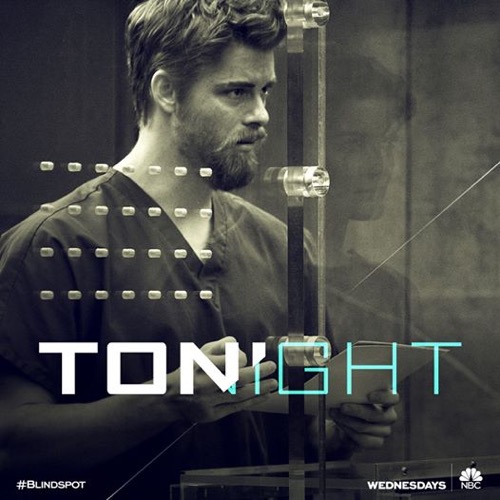 Tonight on NBC Blindspot airs with an all-new Wednesday, February 8, 2017, episode and we have your Blindspot recap below.  On tonight’s Blindspot season 2 episode 13, “The team gets a major break in the Sandstorm case when they discover Shepherd’s (Michelle Hurd) true identity… and a decades-old connection between her and Weller (Sullivan Stapleton).

Weller had still had a few questions about Shepherd and her endgame on tonight’s episode of “Blindspot”. He had thought that she wanted to take down the government and so he didn’t know why she felt he should be part of her plans. Weller had apparently found out that Shepherd had been monitoring him for years and that it started from when he was a kid. But what Weller didn’t understand was why? Why was Shepherd so fixated on him? So Weller did his best to try investigate their history together.

However, over time Weller’s memories did start coming back to him. Weller had remembered Shepherd at the Military Academy and how she had convinced him to finally give his new school a chance though it still didn’t what she wanted with him and so he visited the school for himself. Weller had gone back to the Academy and he had questioned his former dean that had at least known Shepherd’s real name. So Weller had thought that they could use the name to find something valuable and all Patterson could come up afterward were dead end.

Patterson had looked into Ellen Briggs which was Shepherd’s real name and she had found out that Ellen had formerly been a Major General. Though the fact that Shepherd truly was ex-military hadn’t surprised anyone. They had already knew that Shepherd was familiar with military tactics seeing she had given some of that training to her children and even finding out that she had had a confirmed connection to the DOJ had explained why she knew so much about the bureau’s tactics. So the one thing that Patterson had found that could remotely be interesting was Sean Clark.

Sean and Shepherd had worked together for years and she had been using an untraceable back account to fund his living facility after he had suffered a stroke. So Sean had meant something to Shepherd and Weller had hoped to use that connection, but Sean had also suffered brain damage from having that stroke and so that in combination with dementia had ensured that no one was going to be getting information out of Sean about Shepherd. Yet, Weller hadn’t wanted to completely give up on Sean and he had kept trying to reach him through the fog.

Weller had found out that Sean liked baseball and so he talked about the game with Sean. But Sean wasn’t always coherent. He had told Jane that she must be on the Dodgers because she had said that she was Ellen’s daughter and he had predicted a dire warning about the game to Weller. So Weller had been forced to leave in end without getting what he went for however Patterson had gotten something based on one of Jane’s tattoos. Patterson had found out that Jane’s bible verse tattoo didn’t actually exist in the bible and that it was instead about a farmer.

The farmer’s name was Jared Wineswki. Jared was mild mannered and he had seemed like an everyday person though for some reason Jared had frequently mentioned Exodus 3:25 online and so Weller had wanted to know why Jane’s tattoo would point them to a man like Jared. However, they didn’t need to go looking for Jared because he ended up finding them. Jared had come directly to their building and he had announced that he was FBI when Weller attempted to arrest him. So there had been a few questions about Jared and one of them was why he thought he was FBI.

There had been no official record of Jared in the system and a normal agent would called their handler before they came in. Though Jared wasn’t really lying when he said that he was working for the FBI because Agent Boyd had seemingly recruited him. Boyd had recruited Jared to talk up some domestic terrorist plot points with people he met online and then brings them all together to form a group that would pull off an attack. So Boyd had technically acted outside of his scope as an agent and had even convinced a civilian to pull off criminal acts.

What Boyd had told Jared to do was basically commit entrapment and build a bomb for people he had convinced to become terrorist. Yet, Boyd who did find out that his own man had been brought in had later tried to explain himself. He said that the mission was off the books because he knew that it would be radical and carry its own rewards. So Boyd had basically been willing to commit near treason as long as it made him look good, but Weller put a stop to that and had said that he was taking over the mission.

Weller had felt more comfortable with putting Jared in harm’s way if he could be the backup and heh had placed his team around Jared when Jared went to go meet with the rest of his “group”. But unfortunately, there had been one member that hadn’t wanted to stick to the plan. A woman by the name of Tess had said that she moved things up and target a place that same day however she didn’t want to share what exactly she was going to do to Jared. She had said that cops were all over his farm and that he had been compromised.

However, Jared had known that the feds would want a location and what type of bomb Tess was going to use. So he pushed her for information and that had set off her alarm bells. She had questioned Jared’s motives for asking her about the target and she had pulled a gun on him as fast as possible though Jared had at least gotten one final chance to tell her off. He said that it was all over and that feds had been listening in on their conversation the entire time so Tess’s people didn’t even get a chance to run away.

The other group members had been rounded up by the FBI and they had been interrogated about Tess’s whereabouts. Though finding out she was going to bomb an entire people and cause major loss of life hadn’t seemed to faze anyone. They had said that she had gotten pretty messed up because of what the pipelines and the banks were doing to her family. So Weller and his people did eventually catch up with the elusive Tess yet they had had talk to her as calmly as they could just to get her to release the trigger she had in her hand.

Tess had apparently thought she was in the right and so it had taken everything they had in them to stop her from blowing up half the city. Yet, Weller’s day wasn’t over as it was with Tess. He had later gotten called in by Patterson that revealed her spy program had picked up some information he hadn’t known about. So Weller found out that Sean had made a call to Mayfair to stop his promotion that would have meant he would be transferred to D.C., but that had reminded him of something cryptic Sean had told him at the home.

Sean had said he was meant to be a Mets when he should be some other team that was located in D.C. So Sean did have some his memories and Weller had gone back to visit him because he thought Sean would reveal more. But Sean all did was lead him in a trap and so he ended up getting kidnapped by Shepherd. She had used Sean to lure him into a room alone and had then taken him to offsite where she wanted to show him that she was suffering as much as he was. And so she showed her suffering by killing Sean.