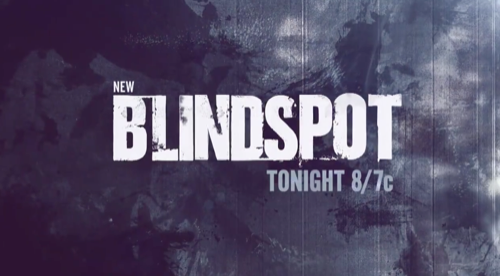 Tonight on NBC Blindspot airs with an all-new Wednesday, January 4, 2017, episode and we have your Blindspot recap below.  On tonight’s Blindspot season 2 episode 10 Winter Premiere, “Patterson (Ashley Johnson) has vanished, as has a newly amnesiac Roman, (Luke Mitchell) so the team search for the both, hoping to find them before Shepherd (Michelle Hurd) does.”

Jane had tried to reason with Roman. She had told him that she was his sister and that she was going to get him help however he didn’t remember her because of what she did to him and so he was naturally suspicious of Jane when he realized he was shot. Roman had a gaping wound in his shoulder and he unfortunately, he didn’t know how he was injured. He just suspected that it was Jane’s fault. So it was easy for Roman to turn on Jane. All the parts were there and the fact she had Zip-ed him had made sure that he was susceptible to the worst of emotions. But Jane hadn’t realized her mistake until Roman overpowered her.

Roman had fought Jane in the car as well as outside of the car and in the end he was able to gain control. However, Roman didn’t kill Jane. He would have yet there had been a small part of him that simply wanted to flee rather than consciously hurt Jane. So Roman got away and Jane had been forced to returned to headquarters alone. And at first the agents had tried to arrest Jane. They had thought that she had been in on the plan with Shepherd to destroy them and so they would have made Jane’s life a living hell if Kurt had been there. Kurt hadn’t had any suspicions about Jane and he instantly believed her when she said that she didn’t know she led them into a trap.

Which was the truth. Jane hadn’t known that she was leading the agents into a trap because she had trusted Shepherd and Shepherd had gone out of her way to manipulate Jane. Yet, there were some on the team that thought they shouldn’t trust Jane. Tasha had been worried about Reade because he needed emergency surgery. So the agent had wanted someone to blame and Jane had seemed like an easy target though secretly they all knew that she had nothing to do with the death of some many of their own and her disappearance did eventually become understandable when she explained that she had been with Roman and Shepherd.

Jane had told the others that Shepherd had wanted to kill her and that the other woman had given the orders to Roman, but Roman hadn’t acted as Shepherd expected. He had instead turned the weapon on Shepherd to save Jane’s life and had gotten injured in the process. So Roman had acted against his programming and he had planned on running with Jane. Though Jane had thought that Roman needed a new start and that’s when she Zip-ed him. Jane had thought that he should be allowed to have a normal life and so she did the one that that she hated. She removed his memories just like her memories had once been removed.

But Jane came to regret that decision after she got back to headquarters without her brother because that’s when she had been told that Patterson had gone to speak with Borden. So Jane had told the others that Borden was working with Sandstorm and couldn’t be trusted however Patterson had already gone to see him and no one had been in touch with her since then. And so Patterson’s disappearance was an all-out emergency and the one person that could have helped the team realized where Borden had taken Patterson was Roman. Roman had been around Sandstorm and had been in close contact with both Shepherd and Borden.

So it was assumed that Roman would have a better chance at finding Patterson than the rest of them. The problem on the other hand was finding Roman. He had taken off in a car and he hadn’t been willing to reason or Jane. However, the agents needed to find him and so they tried to play on whatever residual feelings he might still have about Jane. They had assigned Jane to call Roman and that time she had at least been able to gain some part of his trust. She had reminded him about the coin in his pocket and how she cared about what happened to him. And so Roman told her about the physical markers that were around that could help her find him and she eventually found not long after Sandstorm.

Sandstorm had been trying to find Roman as well and they had gotten to the diner where he was having breakfast first. Yet, Roman had been lucky. He had quickly noticed that something was off about all the men filling the dinner and had taken care of Shepherd’s people by time Jane had reached him. So Roman still knew how to handle himself and the only reason Jane had taken him in had been because he had trusted her. Roman had believed that Jane wouldn’t hurt him and therefore he complied when he had been taken in despite wearing handcuffs. And so Roman had put his faith in Jane though Jane had been warned that she should lied to him.

Jane had been told that she shouldn’t tell Roman that she had Zip-ed him. The others had said that it would make Roman defensive and that he wouldn’t cooperate with their questions if he found out that Jane had taken his memories. So Jane had listened and she had told Roman everything about their history without going into detail about why he couldn’t remember any of it, but the bond that Jane had created with Roman had had consequences. He had thought that he should try to please her and had talked about Shepherd as if he remembered. Though Nas had caught him in the lie because of the MRI.

Nas had been tracking Roman’s responses and she knew when he was merely placating them rather than being honest about not remembering. So Nas pulled the plug on Roman’s questioning. She said they would have gotten answers if he hadn’t been Zip-ed and that so far he wasn’t telling them anything that might be useful in finding Patterson. But not long after Nas began profiling what they knew about Borden and Sheprhed that she had gotten fired. FBI Director Pellington had needed someone to blame for the single biggest disaster in FBI history and the dozens of dead agents. And unfortunately, Nas had been an easy target.

Nas had led the agents on their last missions and so their deaths had been blamed on her because she hadn’t seen the trap. However, Kurt had said that he was just as much to blame and he truly felt that Nas couldn’t have suspected what Shepherd was planning. So he thought that Nas getting fired was a mistake and he especially felt that way when the information Nas helped them get led them to Patterson’s location. Patterson had been held in a cabin miles away from anything else and the agents had gotten to her right before Borden could kill her yet there had been a strange situation when Borden had gotten the upper hand on Kurt and had let Kurt live. And so Kurt wanted to know why.

Kurt wanted to know what Shepherd wanted with him and he later convinced the Director to let him question Roman instead of handing Roman off to the CIA because he said that he was the only one that could get the right answers. Yet, Roman was severely traumatized by what little he remembered of his childhood and Jane was doing her best to keep him calm. And while they had all been worried about Patterson, she proved to them that she could still work from her hospital bed and had done more research on Jane’s tattoos. So she found out that Sandstorm had removed a tattoo from Jane’s neck and no one had known what that meant.

Though with Nas being brought back because of Kurt, they might try and get into Shepherd’s head again.