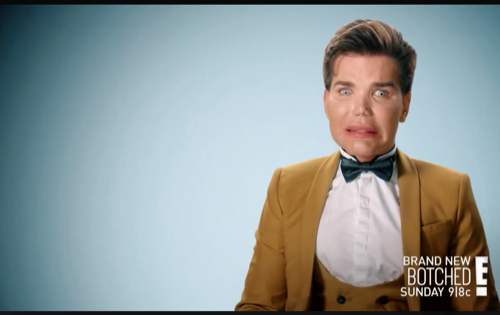 Sarah’s case was rather unfortunate. She had apparently developed at an early age and had wanted to release some of the pressure that had put on her back however she had gone to Thailand for surgery and the surgery hadn’t gone as planned. The doctor as it turns out had actually put implants in rather than make her chest smaller and he had also given her an unusual lift. But the implants themselves had added to the stress that was already on Sarah’s back and having misshapen breasts hadn’t helped her situation.

The young woman then began experiencing the occasional numbness on one side of her chests and that would often to translate to her arm on that side being numb as well. However, what was a grave concern had been the fact that Sarah had done everything that the doctor had said and he had blown her off when she next saw him to complain about all the problems she was experiencing. So Sarah had tried to live with her implants and they had simply gotten worse over time. The implants had been way too high and they hadn’t been laid on her chests well at all.

Therefore, the implants had gone one way while the rest of her chests had gone another until one day it all resembled “Two Fallen Soufflés”. That’s what Sarah called them once they became a problem and the name had sadly stuck. Though Sarah wasn’t the only one that had made the crucial mistake of getting plastic surgery out of state because there had also been Elena. Elena had been in the army and had heard from a fellow soldier one day about a plastic surgeon in Tijuana so she thought she could fix a long-term problem of hers.

The weapons mechanic had grown up without a butt in the Spanish culture and she had felt left out because she hadn’t developed like most of the girls she had met. But she had gone to Mexico to get a butt and she suspected that the doctor botched her. Elena had thought the doctor had given her two breasts implants for butt checks which wasn’t what she wanted because unfortunately what he did cause her butt to continuously change shape. They were fine when she found some outfit to lock them down and then they did whatever they wanted if the clothing was tight enough.

Terry had told her that he had seen her problem before and so she wasn’t worried about fixing it though he was in fact scared about Sarah’s surgery. The doctor had said that Sarah’s breasts augmentation was basically the trifecta of everything that could go wrong going wrong. So Sarah and her fiancée had worried about whether or not Terry wanted to go through with the surgery because of how bad the situation was. However, Terry was in for the challenge and had taken Sarah’s case just to go up against something that bad.

So Terry had later taken both women into surgery and with Sarah he had questioned putting in new implants. He and his chief nurse had looked at her chests without the botched implants in and he had thought her chests looked fine enough on their own. But because he wasn’t sure, he called in the fiancée Chad. Chad knew the patient better than he did and he had wanted Chad’s opinion on if he should risk putting in new implants seeing as he had also been forced to warn Chad that the new implants could likely cause another problem. And so Chad said “leave it”.

The fiancée hadn’t wanted Sarah to suffer another complication and he had thought she looked great on her own without anything added. Though Chad had also been worried because he hadn’t wanted to make a decision for Sarah without first consulting her. So he had been nervous about the result and that in turn had made Sarah a little bit nervous yet the guys had ultimately made the best choice for her and the end result had looked good. Her chests returned to a normal size and position so she had actually been able to see the top of her breasts again.

Sure, they were still big but they were less of a strain on her back and she had liked how she looked again. Yet, Elena’s surgery on the other hand had been a little different what with Terry looking for a harder substance for her butt than the breasts implants that were originally put in. So the doctor had put the fat from Elena’s love handles into her butt and that had also served to narrow her waist which was overall better for Elena because now there wasn’t the possibility of any implants going wrong at a much later date.

But while Terry was able to give Elena and even Sarah what they wanted, he and Paul had to eventually spoke to Rodrigo again. Rodrigo was known as the “Human Ken Doll” and he had gotten several rhinoplasties in one year in search for the perfect nose however he had slimmed down his nose so much that it was one surgery away from dying. So the doctors had seen the nose up close and they had warned Rodrigo to give the nose a rest because the tissue around the area had been stretched to capacity.

So Rodrigo finally realized after everything that he had overdid surgery on his quest to look “perfect”.