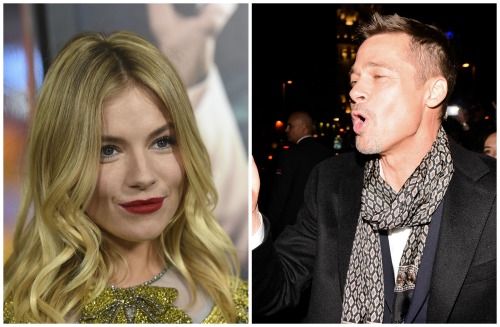 It looks like Brad Pitt is wasting no time now that he’s dipped his feet back in the dating pool with Sienna Miller. In fact, there are new reports that say the Hollywood star was spotted getting a little up close and personal with actress Sienna Miller. Eyewitnesses say that Brad was apparently doing some serious flirting with Sienna during a private dinner they had together in Los Angeles this past weekend.

Sienna is starring in a new, untitled movie from his Plan B production company. One source told Page Six that Brad and Sienna were “heavily enjoying each other’s company” and that “they were talking to each other all night.” 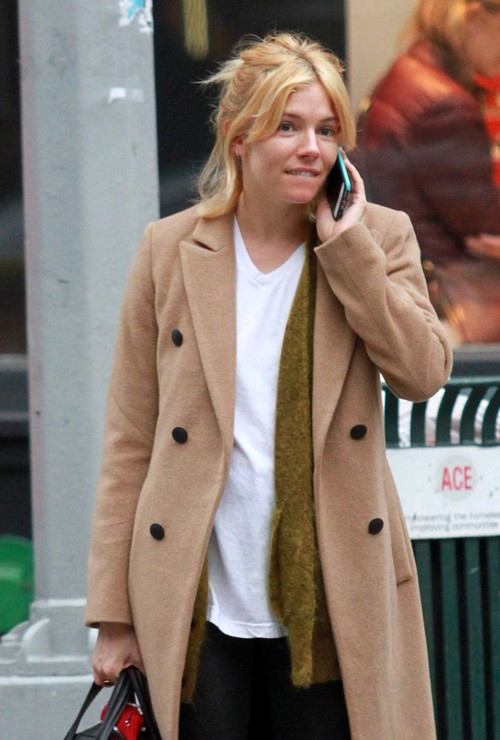 What’s more, Brad has been in good spirits lately. He’s been feeling much better now that all of the dirty details surrounding his divorce and custody battle with Angelina Jolie have been made private. Right after Angelina pulled the plug on their two-year marriage, he was subjected to a nasty smear campaign about his alleged alcohol and alleged substance abuse problems. At one point, it looked like his Hollywood was career was over. But now it seems as though Brad is enjoying a rebound of sorts, both personally and professionally.

So, are Brad Pitt and Sienna Miller Hollywood’s new “it” couple? Time will only tell. But it does seem as though Brad is hanging out with blonde, tan, California-type of actresses that have the Jennifer Aniston look. Earlier reports indicated that he was spotted flirting with actress Kate Hudson, but those rumors were never confirmed. 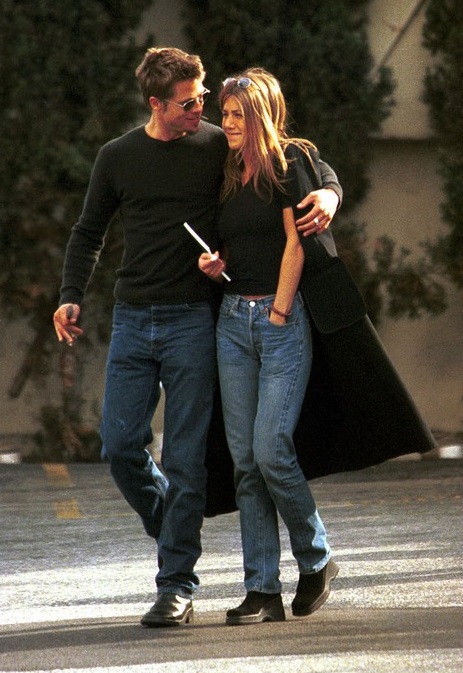 Plus, insiders also said that Brad reached out to his ex Jennifer Aniston again right around her birthday back in February. He’s been using Jennifer as a shoulder to cry. And now that he’s spending time with Sienna Miller, a lot of his fans can’t help but wonder if Brad is surely but slowly getting his mojo back. Clearly, he has a type.

So far neither Brad Pitt nor Sienna Miller have made any comments about the report. Although a lot of fans wouldn’t be surprised if Brad stepped out with a new girlfriend soon. After all, he’s been single for almost six he’s also still considered one of Hollywood’s hottest men. A lot of fans believe that he’ll be in a serious relationship with another woman in no time. Also, don’t forget to check back with CDL for all the latest news and updates on Brad Pitt right here!