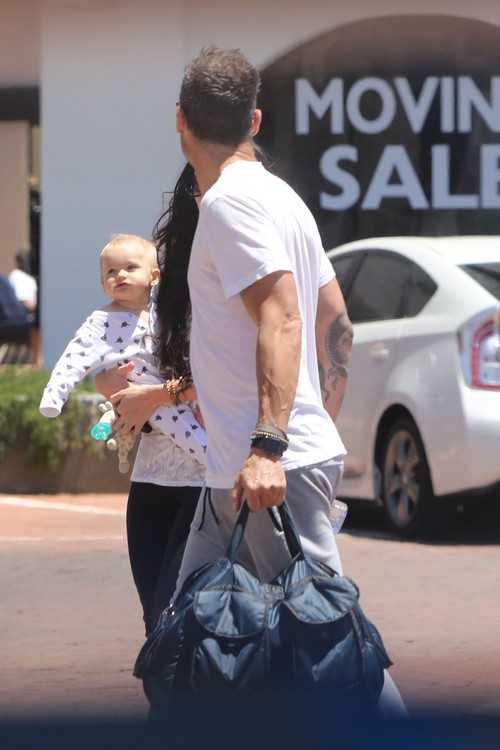 Brian Austin Green didn’t look happy about being spotted with his wife Megan Fox. The two were seen during a low-key sighting in Malibu on Saturday, May 13. Megan Fox carried their nine-month-old son, Journey, in her arms as the couple walked with their two other sons, Noah, 4, and Bodhi, 2, as seen on the photos published on the web.

Megan Fox wore a tight expression on her face. She also wore a graphic tee shirt, black leggings that featured straps on the side, and pale pink sandals. Megan kept her gorgeous face covered with black sunglasses. She didn’t look to happy and neither did her husband Brian Austin Green. The actor tried to hide his face from his paparazzi. He was photographed wearing a white tee shirt with gray sweatpants and black sneakers. 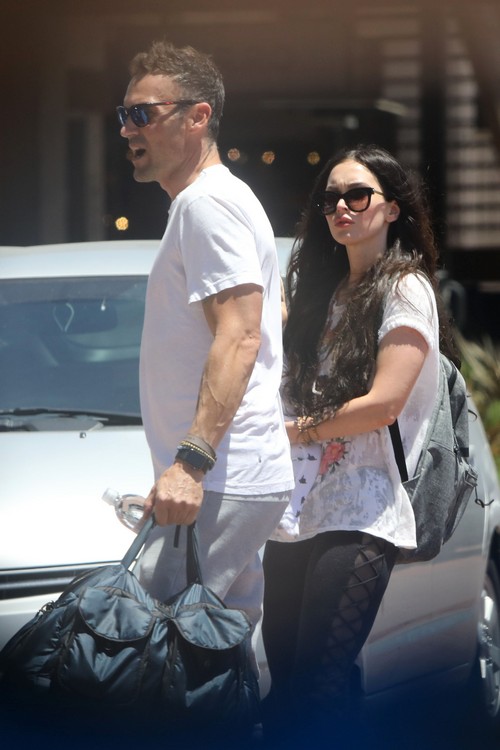 The 90210 alum didn’t interact with the children. That was Megan Fox’s job. Instead, he carried a black tote bag and water bottle. He also wore an unhappy expression on his face. The couple has had an up-and-down relationship. Megan Fox and Brian Austin Green dated in 2004 and later married in 2010.

The couple separated in August 2015, and the actress filed for divorce a few days later. Then, in April, it was reported that Fox changed her mind about the divorce. The couple reconciled, and called off their divorce. This also led to another child to their already growing family. A source revealed to Us Weekly why Fox originally called off the divorce.

“It was great, and Megan is coming around,” the insider said at the time. “She hasn’t called off the divorce just yet, but it’s heading in that direction. They are both very excited about a new baby and having it together.” 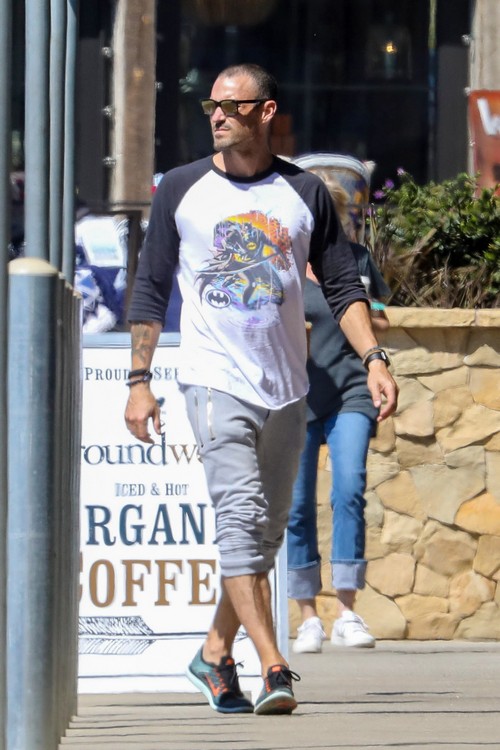 “They have recently moved to Malibu together and they’ve been touring preschools,” another insider said. “They’re trying to get in as much special time as possible.”

Megan Fox and Brian Austin Green have been quiet about their divorce and reunion. According to People, the reason why the two originally divorced was because they couldn’t see eye-to-eye on how to balance family life with their work, sources say.

Megan Fox wants to continue to pursue her acting career. But, Brian Austin Green doesn’t like being a stay-at-home dad, says sources. He wants to have his own life as well. He would like it better if he was the bread winner and Megan Fox was at home taking care of their children.

Hopefully, the couple has figured it all out since they had a third baby. They’re hoping that their growing family will bring them closer together. They want to make it work as a family unit. What are your thoughts on Megan Fox and Brian Austin Green, CDL readers? Do you think they will make it this time around?