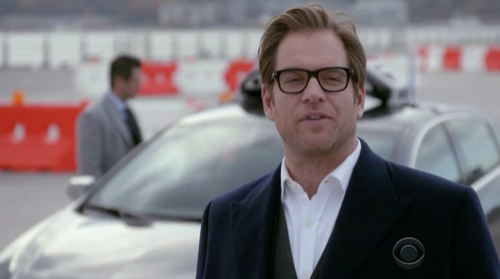 Tonight on CBS their new drama Bull inspired by Dr. Phil McGraw airs with an all-new January 3, 2017, episode and we have your Bull recap below.  On tonight’s Bull season 1 episode 10 Winter Premiere as per the CBS synopsis, “A wealthy CEO enlists Bull (Michael Weatherly) following a murder accusation involving an employee in a self-driving car.”

A woman by the name of Ginny wants Bull’s help. She sends a text with instructions to get into the black SUV on the corner. Bull gets in and is driven by a computerized driver by the name of EJ. Ginny is his inventor. She’s in trouble after her program failed and killed a man by the name of Adam. His wife is angry and wants to kill EJ, but Ginny says that Adam bypassed the security codes. Bull sees her as loopy and innocent.

The team gets to work, talking to those who know Ginny in her tech work. One of Ginny’s associates Carter verifies that Adam bypassed the protocols. Cable looks at all of the data and sees that Ginny is telling the truth. Cable did however, find a bunch of junk code lines in the program.

Bull wants to know more about Carter so he asks Ginny who explains that he suffered an injury after a biking accident. She doesn’t know where his money goes.

The team works on securing people who believe that the captain of the ship wasn’t responsible for the Titanic sinking. They find their candidates with some interesting questions.

Meanwhile, Cable finds a hacker that can help read the code, but he wants to meet Goliath19. Cable can’t get the hacker so she has Bull pose as him. They meet him in a warehouse. He reads the code within 2 minutes, roughly 300 pages of data that the team needs.

A call comes in from    She is sitting outide Carter’s house. Ginny shows up and is angry at Carter for something. Its clear Carter is guilty and Ginny is covering for him or the both of them.

The next day Bull asks Ginny why she was visiting Carter. She lies at first and then comes clean after exhibiting clear signs of lying.

In court, Adam’s wife gets on the stand. She expresses her anger over Adam being overworked. Bennie questions her about their marriage. Ginny stands and comes to her rescue. The Ginny appears to like that.

Bull and Bennie bring some of the jury for a ride in EJ. Some seem to side with Ginny. Bull gets a call about the code that Cable has been working on. She has found a back door in the code that would allow a hacker to hijack the program. Bull wants to talk to Carter. He has something to do with it. Bull and Danny head out to find him. They see his car and pull up alongside him. They find him dead.

Back at court, Ginny cries to Bull. She feels responsible. She is worried about EJ and her investors. The man who created the programs safety algorithm hits the stand. He explains that EJ chooses the scenario that will impact less human lives. This upsets the jury, a risk Bull took so that he could show Ginny that EJ isn’t the end all, be all.

The next day, Bull and Ginny get in the car. She is upset about Carter. It upsets EJ and he begins to drive erratically. Bull announces that EJ is trying to kill them to a very shocked Ginny. Cable tries to help them remotely. She stops the car before it plunges over a bridge.