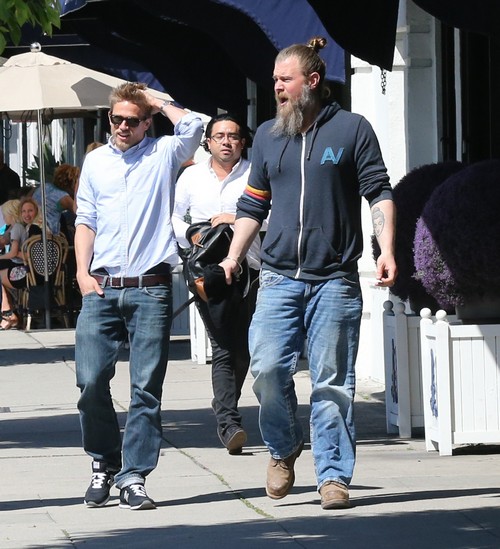 Charlie Hunnam and Robert Pattinson weren’t exactly friends while working on the set The Lost City of Z, the Sons of Anarchy star recently admitted. Hunnam shared that he and the Twilight star barley spoke to one another when they weren’t filming scenes opposite one another in the upcoming April 14 release.

It wasn’t clear to Hunnam if Pattinson didn’t like him or if he was intensely focused on his role in the film that chronicles Hunnam as British explorer Col. Percival Fawcett. Pattinson played the fictional character British corporal Henry Costin in the true story.

The two actors lived out in the Amazon in Colombia for months for the filming process with the rest of the cast and crew. Being secluded from the outside world still didn’t help bond the two who went through some rough times filming. At one point they were evacuated from the area because of dangerous weather. 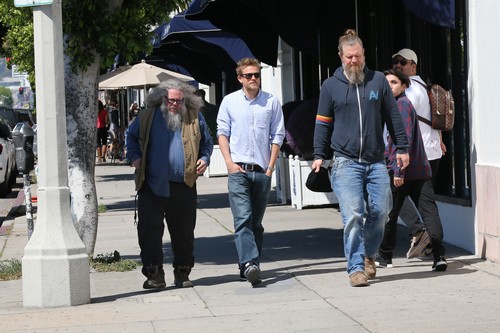 Hunnam admits that he and Pattinson spoke roughly about 10 words to one another when they weren’t on camera. Something that didn’t sit well with Hunnam, who was hoping his work on-screen with his co-stars would help them all forge a bond.

During filming, Charlie Hunnam didn’t have any problems connecting with he and Pattinson’s co-star Sienna Miller, who played the wife of Hunnam’s character in the film. Hunnam had a few rehearsals with the actress. The two got along well, but something was off when it came to his off camera relationship with the 30-year old Pattinson. “I didn’t know if he was just ‘in that zone’ or if he genuinely didn’t like me,” Hunnam said. “There was a real distance between us.”

Since finishing up on filming The Lost City of Z, Hunnam says that Pattinson has reached out to him a few times, hinting that the two actors should hang out. Could Pattinson be feeling guilty for his icy demeanor towards Charlie Hunnam on set or was he really just in the zone?