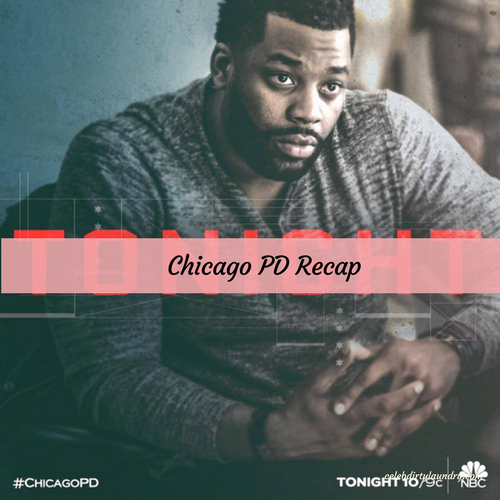 Tonight on NBC their drama Chicago PD returns with and all new Wednesday, April 26, 2017, season 4 episode 20 called, “Grasping for Salvation,” and we have your Chicago PD recap below. On tonight’s Chicago PD episode as per the NBC synopsis, “While investigating the murder of a teenage boy, Voight finds a connection with the murder weapon linking it to a case that he worked on 17 years ago. ”

Erin, Jay and Hank are at the scene where a 17 year old male is found dead on the street. He is the son of Mike Dowd a well-known defense attorney. Hank is called down to forensics because the weapon used to kill the boy is a perfect match to case he worked 17 years ago. The team goes to interview the family but the dad is not very cooperative which is odd to the team. Hank meets with his old friend Denny to talk about the Ruffolo murder. Hank is thinking they got the wrong person in that murder 17 years ago. Denny tells him he needs to take a vacation they put the right man in prison.

Hank goes to evidence to review the files from the old case but they were lost years ago. He is told that the offender serving time for the murder’s daughter made the same request several months ago. Kevin asks Jane to help him with a homework assignment. He is really just creating a distraction so Kyle can use the dead boy’s fingertip to open his phone. There are several photos of a girl in her underwear. Her face is covered but they also see that these photos have been posted on a revenge porn site. They think they have their motive.

Erin tells the team about the case 17 years ago. A man named Valentine is in prison for the murder but it is looking like he may be innocent. Hank goes to Valentine’s daughter’s house to tell her he is looking into her father case. He may be innocent. She has a copy of a receipt that shows her dad was at a store at the exact time of the murder. She gave it to Officer Wood all those years ago but he didn’t use it. Hank becomes more convinced a mistake was made years ago. Rumor on the street is that Mike Dawd is willing to pay $15,000 for leads into the death of his son.

Kyle and Kevin go to interview JoJo, the girl in the photos. Her dad refuses to let them talk to her. He is angry that no one cared when his daughter’s pictures were all over the internet but now care about the boy’s death. He says he got what he deserved. Hank does research and realizes Denny may have purposely set up the suspect in the Ruffolo case. The chief in and tells the team they are off the case. He gives them until the end of the day to get it solved are it will be Area Centrals case.

Hank visits Mark in prison and asks if he and Denny had a problem before the murder. Mark says yes Denny was always after him. Kyle and Kevin find JoJo at her class and ask her several questions. She said she and the victim were dating for six months but then she broke up with him. He was mad for the break up and started posting her pictures. She loved him and would never have hurt time. Hank pushes his team to figure out the connection between the two murders.Denny comes to see Hank and tells Hank to leave the Ruffolo case alone. He makes a veiled threat against Hank. He team realizes that JoJo’s dad was at the

Denny comes to see Hank and tells Hank to leave the Ruffolo case alone. He makes a veiled threat against Hank. He team realizes that JoJo’s dad was at the Dawd house the day before the murder. Hank goes to see Ruffolo’s wife and tells her he thinks they put away the wrong guy. She said she is sure the killer was white but Denny told her her mind was playing tricks on her. JoJo’s dad is interviewed but says he has had multiple hand surgeries and can’t pull a trigger. JoJo comes into the station and says she knows her dad is innocent because they were watching TV together when Richie was killed.

JoJo’s dad confesses to the murder but JoJo tells them no he didn’t and she didn’t either but she knows who did. JoJo says her friend Eric met with Richie the night he died and she thinks he did it. Hank tells the team Eric’s dad is the confidential informant who Denny used 17 years ago to put Mark away for the Ruffolo murder 17 years ago. Denny and he were in on it together and framed Mark.

Hank brings the CI in and tells him his son used the gun from the murder 17 years ago to kill Richie. If he tells him everything they will go light on his son. Just as the Ci is about to talk Denny comes in with the Chief and tells Hank he is off the case and being investigated for insubordination. The team gets a tip on where Eric is and head out. They arrive at the apartment and bring him in for questioning. He admits he killed Richie. They take the signed confession to his dad and say if he tells the truth they will go easy on his son. He admits to everything and implicates Denny.

Hank is before the review board and Denny is testifying against him when the team arrives and gives the chief the evidence against Denny. Denny is arrested and Mark is released from prison after 17 years.