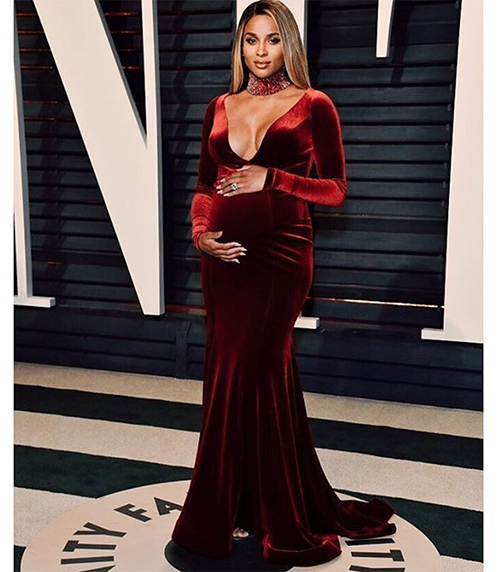 Is Ciara jealous of Beyonce and all of the headlines she’s been making lately because of her pregnancy? Some believe that might be the case. In fact, a lot of fans couldn’t help but notice that Ciara might have copied Beyonce’s maternity style during her appearance at the Oscars on Sunday, February 26th.

Many fans couldn’t help but notice that the dress Ciara wore to the Oscars after parties looked just like the same dress Beyonce wore to the Grammys earlier in the month. Ciara, who is expecting her second child with her husband Russell Wilson, wore a floor-length gown with a plunging neckline by Jovani Couture. The dress looked very similar to the Peter Dundas creation Bey wore to the Grammys on February, 12th. A lot of critics have even noticed that their accessories and hairstyles were even eerily similar. 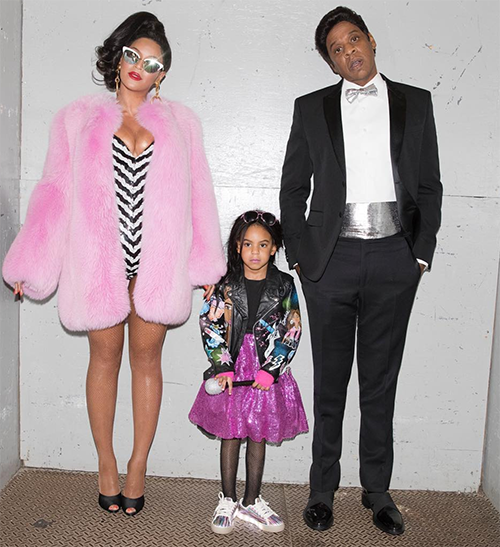 So is Ciara trying to steal Beyonce’s style? Or is she just trying to generate some headlines of her own? That’s what fans want to know. Ever since Bey announced her pregnancy, very few media outlets have expressed any interest in Ciara. All eyes have been on Beyonce and her baby bump, and no one else.

Then again, Ciara has made it pretty clear that she doesn’t want the media comparing her to someone like Beyonce. She’s even gone on the record to say that she doesn’t see herself beneath Beyonce and Jay-Z or even Rihanna. She even told The Guardian during an interview in 2015, “You know what I think? Everything’s about timing. I’ve had records just as big as those artists, I’ve had No 1 songs around the world. My biggest competition is me. I don’t see myself beneath Beyoncé and Jay Z; I don’t see myself above them. I’m in my own world, hungry to grow.” 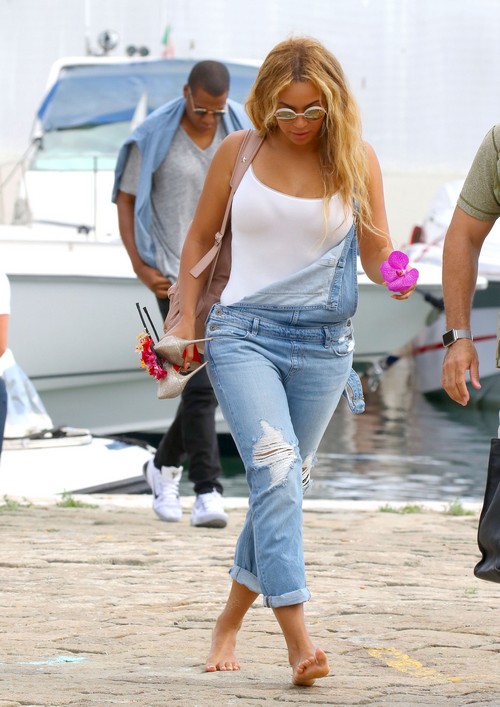 So is this bad timing for Ciara? Maybe. She didn’t expect someone like Beyonce to announce her pregnancy only a few months after her own. That’s probably why she’s also trying to remind people that she’s still around, still pregnant, and still looking for media attention, too.

Tell us, do you think Ciara is jealous of all the media attention Beyonce has been getting about her pregnancy lately? Could that be the reason why she’s trying to copy her style? Let us know what you think by leaving us a line with your thoughts in our comments section below. Also, check back with CDL for all the latest news and updates on Ciara right here.

Thank You @augustgettyatelier For My Custom Look ❤ #EJAF25 #Oscars #randm