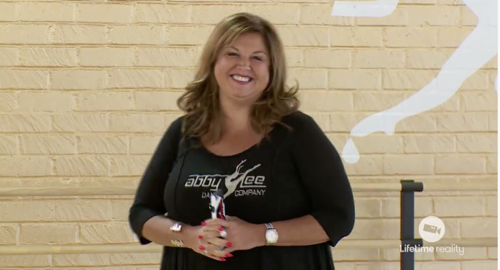 Tonight on Lifetime Dance Mom returns with an all-new Tuesday, January 3, 2017, season 7 episode 6 and we have your Dance Moms recap below. On tonight’s Dance Moms Season 7 Episode 6 “No Clowning Around,” as per the Lifetime synopsis, “The moms worry about their constantly-changing team with nationals only six weeks away. Later, Nia is assigned her first solo of the year; two new dancers get an opportunity to shine on stage; and the veteran moms go on the defensive against a new mom.”

Elliana was still on the team. Elliana’s mother Yolanda had said that she had been angry and hadn’t meant what she said last week which was that Elliana’s spot could go to Maesi however Abby had allowed Yolanda to backtrack and she hadn’t taken that decision out on Maesi. So Maesi was still part of the team and Abby still wanted to cut someone from the supergroup. But Abby’s latest survival of the fittest test had seemed to have some racial undertones because she had wanted to set Nia against Camryn.

Nia and Camryn are the only two black girls on the dance team and some of the mothers had thought it was odd that Abby had wanted the girls to compete against each other in solos to see who would stay and who would go. However, another reason that Camryn and Nia’s mothers felt that the solos competition was a racial decision was because Maesi was also doing a solo and Abby hadn’t said that she would cut Maesi from the team if Maesi didn’t perform to her expectations. So setting Nia and Camryn against each other had come across as if Abby could only have one black girl on her team.

Though regardless of what Abby did, all of the girls were trying their best and Maesi was once again impressing Abby. Maesi was great at solo work and that might just be where she shines the best. So Maesi didn’t necessarily need her mother to constantly barge in or defend her. Maesi knew what she was doing and her mother shouldn’t have upset Abby. Abby had actually cursed at Jamie when she said “back off, bitch” and Abby hadn’t felt bad about that. She admitted that she had to take Jamie down a peg because the other woman had forgotten that it was Abby Lee’s Dance Company and that she didn’t have a say.

So Jamie was still learning a few things however, she knew how to be dramatic fairly quickly. Jamie and some of the other mothers had gotten upset when Ashlee had said her daughter was the face of the ALDC. But the mother didn’t really go at it until Camryn’s mother tried to speak up for her. Camryn’s mom Camille had told Abby that her daughter had been disheartened when she heard that Abby was giving Nia a Maddie-worthy dance. So Camille had just wanted Abby to be a little more careful with her words and that caused the other mothers to turn against her.

They said that it didn’t matter what Abby said and that Camille shouldn’t blame Abby for her daughter’s lack of expression. However, the other mothers did have a point. Camryn was great at technical work and she could go very far with Abby as her coach yet she seemed to have the same face for everything and Abby kept yelling at her during practice that she needed to own the stage. So Camryn continued to practice on that and in the meantime the worrying was left to the parents. They all wanted their daughters to do good and for everyone to do their best in the group solo. And so their one true complaint had been on when is Abby going to be happy with her team.

Abby kept bringing up new people and cutting other girls. Yet, finals was right around the corner and they wanted Abby to have finally have her supergroup put together. So they were hoping that one final cut or appointment would be enough to make Abby happy though Ashlee pointed out that she didn’t think they had a good enough team as it was. She said she had a feeling about and so she thought that Abby was still going to cut someone. And everyone just hoped that it wouldn’t be their daughter because moms tend to think there’s always another girl that did much worse than theirs.

Though competition day came around and Abby didn’t a find with a single solo. Abby thought Maesi was sassy on stage, that Nia was an Abby Lee Dancer, and that Camryn had finally brought out her “A” game even if it took the teenager a while. So Abby had thought that the girls would be able to regain their first place title and she had been right. Nia had placed first place in the solos and the group number “Clowning Around” had eventually gone onto to win first place as well. And so the downside was that the other two solo artists hadn’t placed.

Camryn and Maesi hadn’t placed so they thought that they could go home. But Abby had said that the other girls should have placed higher and so she decided not to cut anyone from the team however the other mothers hadn’t been happy with that. They all thought that Camryn should have been cut because she hadn’t placed and had messed up the group routine. So the Dance Moms had truly turned on Camille.