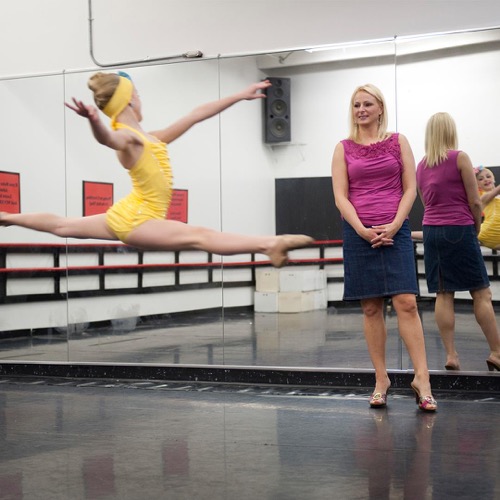 Tonight on Lifetime Dance Mom returns with an all-new Tuesday, February 7, 2017, season 7 episode 11 and we have your Dance Moms recap below. On tonight’s Dance Moms Season 7 Episode 11 “The ALDC spend their last week in Los Angeles before traveling to Pittsburgh for Nationals and the elite team struggle with a difficult routine and a negligent coach. Later, Kendall shoots a new music video.”

The mothers had still been concerned about Abby. They knew how she could sometimes take whatever she’s feeling out on them or the girl and so they hadn’t wanted to face a vindictive Abby on tonight’s episode of “Dance Moms”. But the group had been concerned about Jill’s news. Jill had fired Abby as her daughter’s music manager and so she hadn’t known how Abby would feel when she heard that Jill had put together a shoot for Kendal’s music video. So Jill had carefully broken the news that Kendall was going to be doing a video and she along with some of the other girls would have to take a Friday off practicing however Abby had supposedly been fine with it.

Abby had confessed that she didn’t see what the big deal and had been sarcastic about Jill who she felt wasn’t doing anything unique. However, Abby had probably been calm with Jill and her situation because she already figured out how to punish the older girls along with their mothers. So Abby had gone through the pyramid which found Camryn on the bottom and Kalani on the top and that hadn’t unexpected yet Abby had decided to give the smaller girls all the solos. She had given Maesi a solo, Lilliana a solo, and even Elliana a solo meanwhile the older girls had been told that they would have a group ballet number.

Yet, ballet is a tricky and it often doesn’t win at dance competitions. So that had been a punishment enough for the girls though Abby hadn’t been quite finished them. Abby had also brought in guest choreographer Daniel to show the girls their dance and that had pretty much told everyone that she had washed her hands of the older girls because their mothers had all complained. And so the mothers had gotten upset. They had hated that the minis were getting all the solos when they didn’t deserve it and they had known that Abby had set their girls up to fail with a ballet piece that had also been incredibly morbid.

Abby had said that the group piece was based off the story about the red violin. The Red Violin had been an artist that had lost his wife in childbirth and had painted his violin red with his late wife’s blood. Though naturally everyone had said “eww” upon hearing about the story and so some of the older girls had tried playing around with it as if it had been a joke. So the first practice had been a mess and their mothers had wanted them to pull it together, but the moms had also been interested in the drama amongst the mini-moms. Jamie had finally had enough of the other two and what they thought about her and her daughter so she snapped at them and she had done so during practice.

So her daughter could have easily lost focus to see what Jamie was yelling about and it had been a mark in Maesi’s favor when she hadn’t gotten distracted. But the argument in itself had been so petty. Jamie had yelled on and on about how she didn’t care what the other mini-moms thought about her however she hadn’t walked away and had stayed arguing with them long after it had been defensible so the other mothers had laughed at them. The elite -mothers had thought the mini-moms should be happy because their daughters got all the solos and so it had truly cracked them up when they saw how much the others were falling apart.
Also, it had made them think that was why the mini shouldn’t be around anymore. The mothers had thought the minis brought too much drama with them and they did have a point. Abby after all had gotten angry that she couldn’t’ fit the minis in with her older girls and so the punishments she had ditched out had fobbed off the older girls as well as given her one last chance at making something out of the minis. However, there had been expectation, critiques, and tears. So Abby even questioned herself about the younger kids. She had wanted them to be part of her elite team yet she couldn’t handle their less mature outburst.

Elliana for one had run out of practice crying and Abby didn’t want to deal with that. Abby had just wanted to deal with ambitious dancers that knew how to get yelled at and so she nearly took away Elliana’s solo. Yet, thankfully she didn’t because Elliana had already been told off by her mother. Yolanda didn’t know how to just be the mother and sometimes she acted like Abby’s scrooge. So Yolanda had told her daughter that Abby demanded a lot because she had seen something in Elliana though Elliana hadn’t wanted her mother to say that Abby had been in the right. And so Yolanda didn’t give her daughter what she needed.

Though Jamie had surprisingly taken Elliana’s side and tried to get Yolanda to comfort her daughter. So the two got into another argument and, in the end, competition day had been brutal. The older girls had done great and they had go one to win first place in the competition, but the young girls hadn’t placed well and Abby had made a decision about Maesi. Abby had seen both Elliana and Yolanda dance better than Maesi and so she later told Maesi that after Maesi didn’t place at all in the competition. And so Maesi’s mother had finally had enough when she heard that because she thought her daughter had potential.

So Jamie removed Maesi from the team and that had been the only real change to who was going to nationals. But the other mothers had asked Abby who was going to Nationals and Abby had said that they would find out if they get anything in the mail.