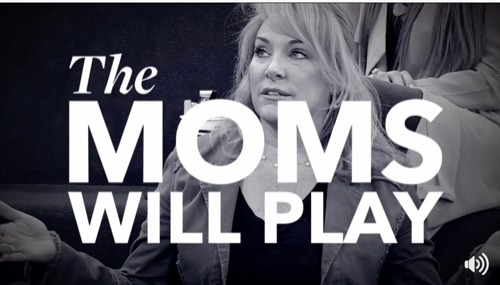 Tonight on Lifetime Dance Mom returns with an all-new Tuesday, August 29, 2017, season 7 episode 19 and we have your Dance Moms recap below. On tonight’s Dance Moms Season 7 Episode 19 “With Abby gone, Laurieann pushes the girls to do professional-level choreography. Kalani and Brynn compete in head-to-head solos. The group routine focuses on an issue that results in a fight between two jealous moms.”

Laurieann is back with the girls this week after Abby was a no show. She meets with the moms and the dancers to tell them she isn’t thrilled they landed in 4th place last week, but she is back to win.

On the bottom of the A-list after last week is Brynn, Kendall and Camryn. The middle row is Maesi and Kalani. Nia made the top of the A-list! The whole class claps. This week they are going to Fresno for their latest competition. The last time they attended, Abby was out of control, threatening one of the moms with a pair of scissors.

This year they will have an open title performance called Savage with a theme inspired around the youth transgender community. Laurieann sends the three youngest to the sidelines before starting rehearsals. Yolanda pulls Laurieann aside. She is mad that Ellie isn’t dancing. The other moms tell her to relax. Laurieann assures Yolanda that Ellie won’t be sitting around.

Laurieann is teaching Kalani how to go into savage mode. Kalani thinks her solo id tiring. She feels like she if going to pass out. It’s Brynn’s time to dance. Laurieann thinks she is great technically, but she wants her to bring the confidence. Camryn will play the lead in the group dance. She will play a young boy torn to fit into his gender identity as a female. Everyone is thrilled that Camryn has finally grabbed the lead. Yolanda is upset. She talks to Ellie and tells her what to say to Laurieann so she can be added to the dance. When Ellie tells Yolanda she is afraid, Yolanda eggs her on and makes her feel guilty for being scared.

Laurieann speaks with Ellie and tells her she can be in the dance. Minutes later, Laurieann must leave for an appointment she made prior. The moms rat Yolanda out. Laurieann is furious.

Yolanda gets so angry with the moms she gets up to leave. She goes to get Ellie and yells at Stacey’s kid, calling her a bully. Stacey is angry when her daughter tells her. She goes after Yolanda outside. Yolanda lunges at her, grabbing her by the neck. The crew breaks it up while Stacey yells that she is going to the police.

The next day, Yolanda arrives at practice. Stacey stays in her car in the parking lot. When Laurieann arrives she tells all of the moms that it is all of them. She cannot separate them. Ashlee takes it upon herself to patch things up with all of them before Laurieann decides to leave the team. Stacey isn’t accepting of Yolanda’s apology. Ashlee gets angry. They are going to lose Laurieann. Stacey heads inside. Laurieann tells all of them that their fighting isn’t cool or professional.

Laurieann has her friend Rocco come in for inspiration. He is a transgender who talks to the girls about his experience. After their meeting with Rocco, they get back to practicing the group dance.

It’s competition day. The ladies all get off the bus. The girls get ready. Laurieann gives them a speech. This is the big leagues. Don’t let her down!

Brynn is up first with her solo.  She nails it. Kalani dances second.  The crowd goes wild. Laurieann meets with the girls. She calls Brynn magical. She pumps them up before the take the stage for their group dance.  All the moms stand to applaud. The girls are happy. They killed it!

Savage takes 2nd place. Laurieann looks like she is going to cry. Brynn feels terrible. Laurieann meets all of them in the back. She is angry that they didn’t make first place. She tells them they all need to focus on themselves, on their dance and not the drama and the mothers. Laurieann doesn’t want to waste her time. The moms start feuding together. Laurieann cries. She can’t take it. She doesn’t know if she can continue.