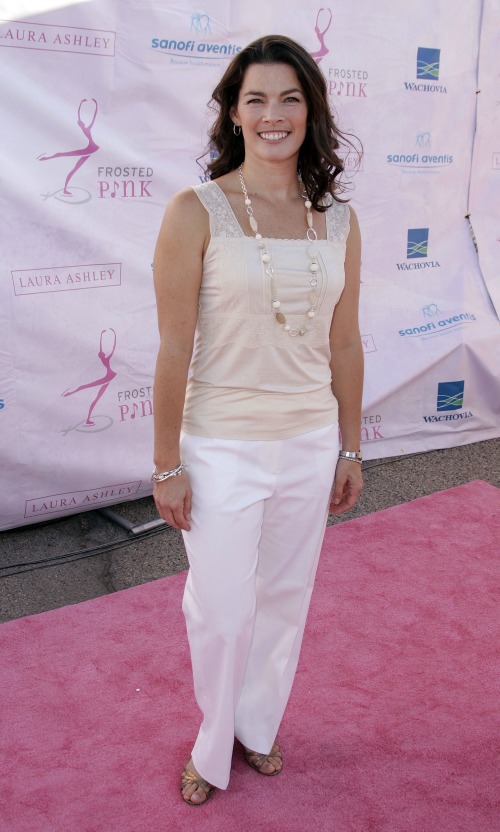 ‘Dancing With The Stars’ Season 24 spoilers indicate that another Olympian and a girl group member will be joining this season’s lineup of celebrity contestants looking to show off their skills on the dance floor. Former Olympic ice skating medalist Nancy Kerrigan will be joining the popular reality competition show along with Normani Kordei from Fifth Harmony.

Nancy Kerrigan was a 1992 Olympic Bronze medalist and a 1994 Olympic Silver medalist and a two-time world medalist. Many fans remember when an assailant hired by Tonya Harding’s ex-husband back in 1994 attacked her with a police baton. The assault was recorded on a television camera and broadcast around the world. The footage showed Nancy grabbing her knee and crying.

Normani Kordei will also be competing for the Mirror Ball this season. The 20-year-old member of Fifth Harmony and global ambassador for the American cancer society will be using the show to help promote breast cancer screening and HPV vaccinations.

‘Glee’ star Heather Morris will also be joining the show. She played Brittany S. Pierce for six seasons on Fox’s hit music comedy. Insiders also say that ‘The Bachelor’ star Nick Viall has been added to the lineup as well. He will be Bachelor Nation’s first lead to join ‘Dancing With The Stars’ since Chris Soules in 2015.

Other possible contestants include actor and comedian Russell Brand, ‘Storage Wars’ star Barry Weiss, and even ‘Property Brothers’ Jonathan Scott, although ABC has not made any confirmations yet. What’s more, pro dancers Peta Murgatroyd, Maks Chmerkovskiy, Val Chmerkovskiy, Cheryl Burke, Witney Carson, Lindsay Arnold and Artem Chigvintsev are all expected to return as well. The show will be celebrating its 400th episode with both new and old faces and fan favorites.