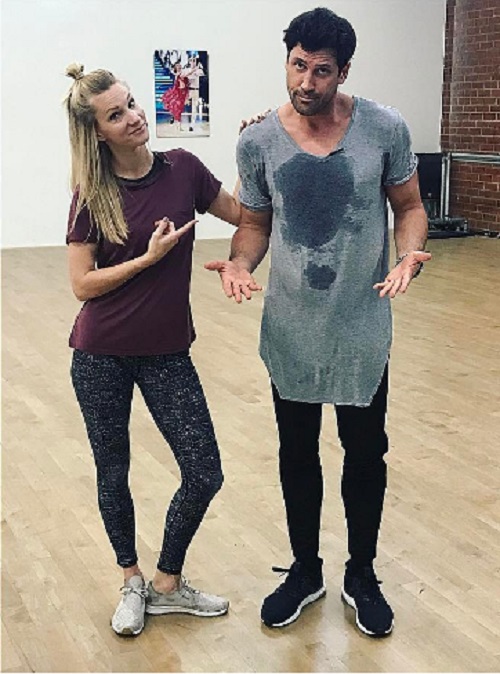 DWTS spoilers tease Maks Chmerkovskiy will be missing from action on Monday evening’s episode of Dancing with the Stars, as he has suffered a calf injury. He told Good Morning America the news, and a clip from the rehearsal image shows him saying, “It’s my calf muscle. F****. It just feels like something hit it.”

His partner, Glee star Heather Morris, will have to dance with another pro, Alan Bersten. And ,while that may come across as bad news initially, several people have stated that Heather Morris already has an unfair advantage because of her extensive background in dance (she’s previously been on So You Think You Can Dance, and was a back-up dancer for Beyonce).

To address the criticism, Maksim has gone on the record stating, “Why not? Listen, I’ll take it. I’ll take whatever I can get. It’s a hard show. It’s a difficult production. It’s going to be non-stop, full-on. To say that we just have this massive advantage, I think so, but I don’t think we’re the only ones that could pull off beautiful, beautiful numbers. I’m ready for us to be scrutinized a little different and judged a little different and rightfully so, we’ll do our best.” 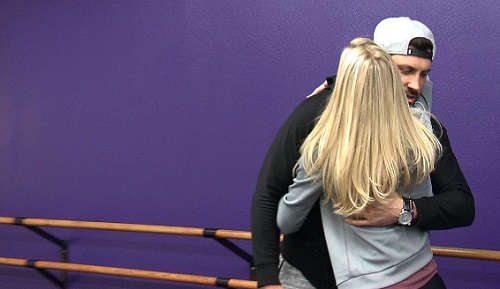 Well, they’ll certainly be scrutinized and judged differently when Morris goes on with another partner entirely, which might throw off their competitive advantage – at least, while Maksim is still recuperating from his injury. If he misses more rehearsals, then it might start eating into their chances of winning, which experts have stated is fairly high given the couple’s dance expertise, natural charm, and in-built fan base.

Of course, Alan Bersten is a pro as well, so it’s not like Heather Morris is going from Maksim Chmerkovskiy to some amateur who doesn’t know how to dance. Sure, she doesn’t have the same bond and relationship with Alan as she does with Maks, but when it comes to dancing on reality shows, the points are all in the improvisation. If Heather’s able to pull off the same level of commitment to the dances with Alan as she does with Maksim, then hey, she deserves to get the top spot, right? 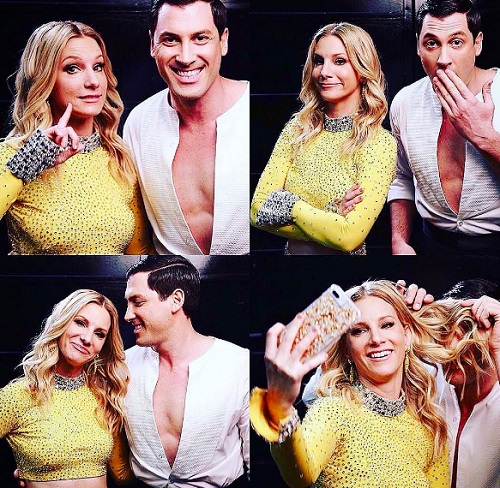 Sorry I was MIA. Tune in to @dancingabc today and all will be explained. Tough show for… https://t.co/e2J5FSj9MV