Days of Our Lives Spoilers: 3 DOOL Bombshells That Will Shake Things Up – Don’t Miss These Hot Shockers 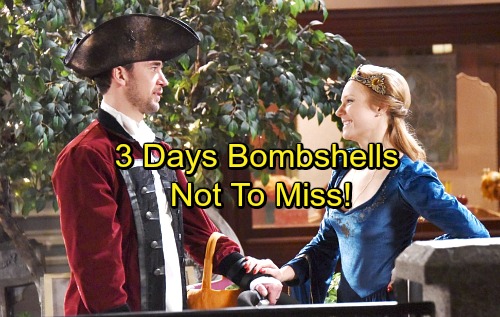 Days of Our Lives (DOOL) spoilers tease that some big surprises are on the way. The NBC soap has been packing in plenty of excitement and that trend will continue in the weeks ahead. Naturally, several shockers will be part of all the action. Here are three bombshells that will shake things up.

1. Kate Goes to War with Steve and Kayla

Kate (Lauren Koslow) will jump to some conclusions as the sabotage storyline heats up. It’s safe to say many of her assumptions will be wrong. Days of Our Lives spoilers state that Tripp (Lucas Adams) could find himself mixed up in the company drama. Kate’s accusations may tie in with Tripp’s snooping, so Steve (Stephen Nichols) and Kayla (Mary Beth Evans) will inevitable be dragged into this mess. 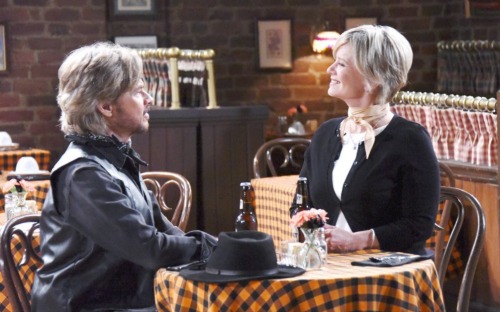 A fierce battle will kick off and the results should be startling. Steve and Kayla haven’t done much but canoodle lately, but that’s about to change. DOOL fans can expect Kayla and Steve to stand their ground against Kate. They’ll prove that no one can mess with their family and get away with it.

2. Abigail and Gabi Team Up at DiMera

Abigail (Marci Miller) and Gabi (Camila Banus) were stuck in a love triangle with Chad (Billy Flynn), but Abby finally emerged as the winner. Gabi’s trying to move on with Eli (Lamon Archey), but a career move could put her back in Chad’s orbit. Days of Our Lives spoilers reveal that Kate will want Gabi to join her team. She’ll think Gabi could bring a unique perspective to the table. 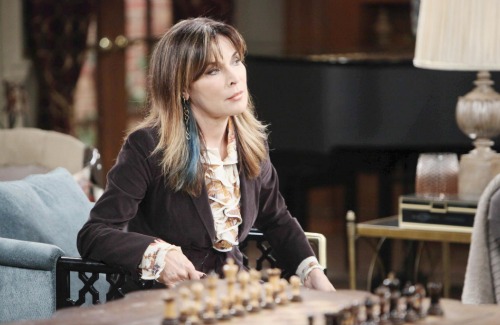 Chad will also push Abigail to become part of the DiMera squad. It looks like Abigail and Gabi will have to tackle some awkwardness. Gabi will have to fight any lingering feelings for Chad as well. Days spoilers say Chad and Abigail are rock solid, so it should be interesting to see if all these friendships can be restored.

Days viewers will see another brutal battle within the Kiriakis household. After Brady tries to frame Eve (Kassie DePaiva) for Deimos’ (Vincent Irizarry) murder, she’ll realize she needs to step up her game. Expect some crazy twists as Eve reveals the tricks up her sleeve. 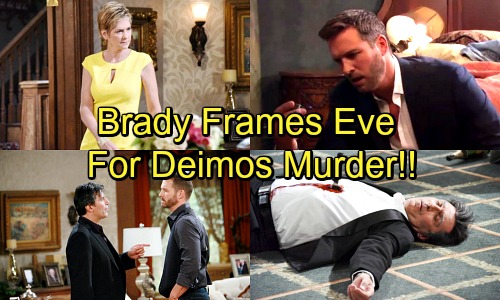 A dangerous connection is bound to form. There’s a thin line between love and hate, especially on a soap. Brady and Eve are both on the rebound, so we should keep that in mind as this plot moves forward. Days of Our Lives spoilers hint that they could bond in a way they never saw coming.

It sounds like some fun shockers are in store. We’ll give you updates as other DOOL news comes in. Stick with the NBC soap and don’t forget to check CDL often for the latest Days of Our Lives spoilers, updates and news.