Days of Our Lives Spoilers: Abigail Shocked, Catches Gabi and Chad In Their Underwear – Confession Leads to Major Meltdown 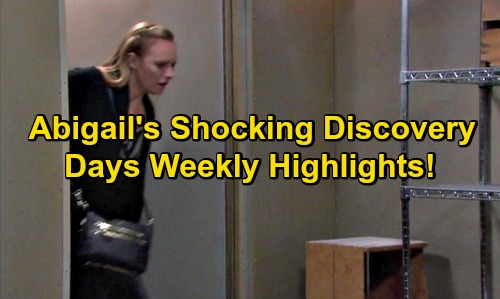 Days of Our Lives (DOOL) spoilers for the week of February 20 tease that Chad (Billy Flynn) and Gabi (Camila Banus) will realize they’re fading fast. Their only hope for survival will be to huddle together and stay warm through body heat. Gabi and Chad will strip down for the maximum effect. Chad will insist that skin to skin contact is their best shot at staying alive.

Gabi will wonder if Chad is sure this will work, but he’ll probably argue that it’s worth a try. They don’t have any other options at this point. Meanwhile, Abigail (Marci Miller) will declare that she’s going to find her husband and Gabi. She’ll be determined to save them from a horrible fate. 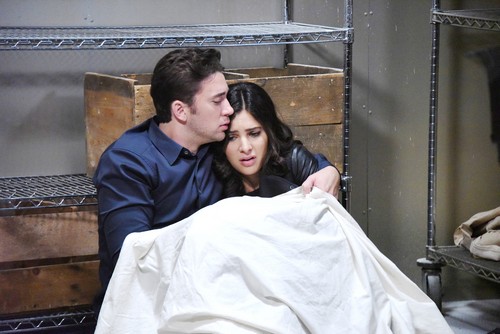 Abigail’s mind isn’t even focused on the fact that Gabi and Chad have feelings for each other. She’s simply concerned about losing the people she loves. Days of Our Lives spoilers say JJ (Casey Moss) will vow to help Abigail. He can’t bear the thought of Arianna (Harper and Sydnee Udell) facing the death of another parent.

Abigail and JJ will try to find some clues that could point them in the right direction. Unfortunately, DOOL spoilers say they won’t have much to go on. The good news is Deimos (Vincent Irizarry) will agree to release Chad and Gabi soon. Perhaps he’ll give Abigail and JJ updates on their whereabouts. 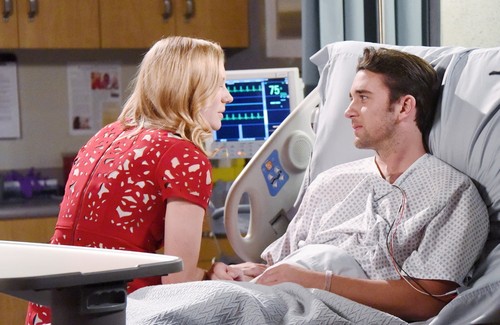 Whatever the case, Abigail is in for a shock when she walks in that freezer. Her jaw will drop when she sees Chad and Gabi unconscious in their underwear. However, Abigail will just worry about their health initially. Gabi and Chad will be rushed to the hospital for treatment before they can give any kind of explanation.

Later, Days of Our Lives spoilers reveal that Chad will decide to be honest with his wife. He’ll state that they had to do whatever they could to stay warm. Chad may admit that one thing led to another and they kissed. He’ll suggest that they thought they weren’t going to make it. 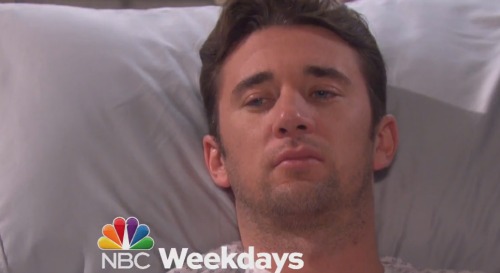 It’s possible that they took things even further than that. You never know with Days. Regardless, Abigail will be deeply hurt by Chad’s confession. She’ll put on a brave face, but a major meltdown will come eventually.

Abigail will seek comfort from Dario (Jordi Vilasuso). She won’t know how she’s supposed to handle all of this. Days spoilers say Chad will hope he can fix his marriage. He’ll reaffirm his love for Abigail, but will she be able to get past the freezer infidelity? Stick with DOOL and don’t forget to check CDL often for the latest Days of Our Lives spoilers, updates and news. Come and join in the LIVE discussion on our Facebook Page.