Days of Our Lives Spoilers: Brady Catches Nicole In A Lie, Goes Wild With Jealousy – Eric Battles Feelings Of Love 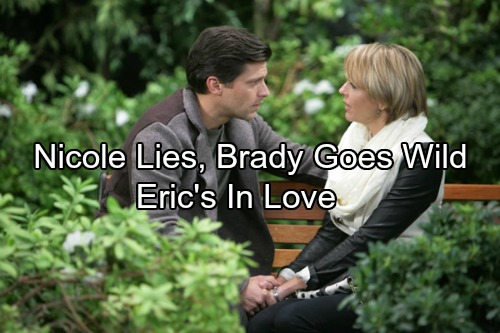 Days of Our Lives (DOOL) spoilers tease that Eric (Greg Vaughan) will feel overwhelmed on this week’s new Days episodes, July 31 through August 4. He’ll turn to Roman (Josh Taylor) as he tries to sort out his jumbled feelings. DOOL fans know that Jennifer (Melissa Reeves) helped break down Eric’s walls. They were on the verge of a romance until she saw the letters Eric wrote to Nicole (Arianne Zucker).

Jennifer can tell that Eric has some lingering feelings for his ex. Nevertheless, it’s clear that Eric and Jen have a connection as well. Nicole just forgave Eric, but he probably doesn’t think she’d ever consider reuniting with him. Forgiveness and love are two very different things. 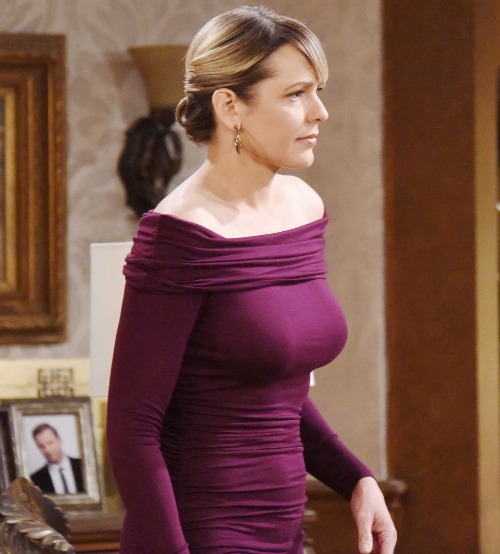 Days of Our Lives spoilers say Eric will open up about what a huge mess this is. Roman will listen and suggest that it sounds like Eric cares deeply for Nicole. He’ll wonder if Eric is still in love with her, but he may not get a real admission.

Roman will offer some guidance on how to handle all of this. He might urge Eric to accept what he wants and figure out if it’s an option. Then again, Roman might urge Eric to hang back and wait for Nicole to make the first move. After all, it’s best not to push too hard.

However, it’s easy to see that Nicole is drawn to Eric. Brady (Eric Martsolf) is definitely picking up on their growing bond. Days spoilers say Brady will eavesdrop on Nicole’s chat with Maggie (Suzanne Rogers) this week. He’ll become concerned by what he hears. 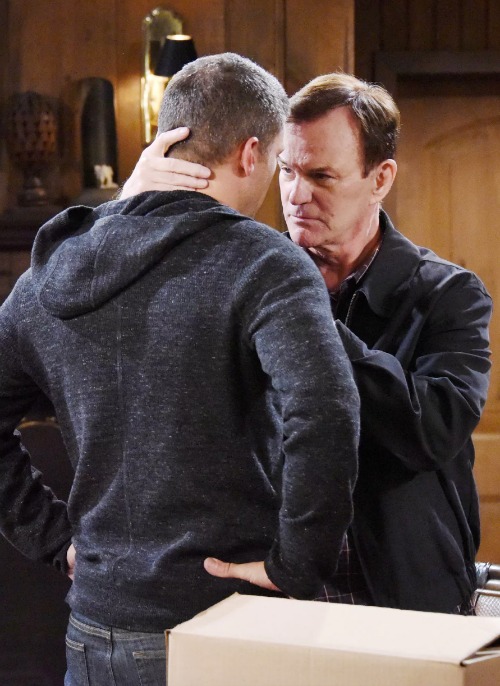 Will Nicole confess that she still feels something for Eric? Regardless, Brady will go wild with jealousy. He’ll become increasingly possessive, which isn’t going to turn out well for him. Days spoilers state that Brady will be suspicious when Nicole takes off briefly. Later, he’ll demand to know where she was.

Days of Our Lives spoilers say Brady will catch Nicole in a lie. Perhaps he’ll realize that Nicole was meeting with Eric or at least talking about him somewhere. Brady feels like everything revolves around Eric lately. He’ll make a crucial discovery that could affect his future with Nicole.

Are Brady and Nicole headed for a split? Can their relationship really survive all the envy and suspicions? We’ll give you updates as other DOOL news comes in. Stay tuned to the NBC soap and don’t forget to check CDL often for the latest Days of Our Lives spoilers, updates and news. Sign up for our newsletter by clicking here and get the latest breaking soap news!