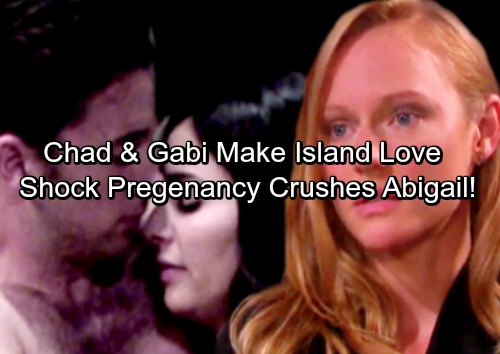 Days of Our Lives (DOOL) spoilers tease that Chad (Billy Flynn) and Gabi (Camila Banus) will grow increasingly concerned about their fate. Gabi has definitely been freaking out over all the drama on the island. She hates the idea of never returning home to Arianna (Harper and Sydnee Udell) and the rest of her family.

Ari already lost a father and now she could lose two more people she loves. Sonny (Freddie Smith) is stuck on the island as well, so it’s clear that this is a tough situation. Chad knows Abigail (Marci Miller) will be around for Thomas, but he’ll still worry about not being in his son’s life. DOOL spoilers suggest that the whole island gang will be down in the dumps.

When no rescuers show up, Chad and Gabi will fear the worst. They’ll feel like they may be stranded forever. Of course, there’s also a mad man on the loose. Paul (Christopher Sean) has jungle madness and there’s no cure on the island. If Sonny can’t get through to Paul, they could all be killed. 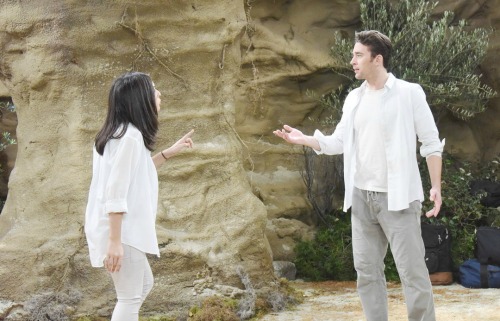 As they cope with these dire circumstances, Chad and Gabi will make a big decision. Days spoilers state that they’ll choose to savor each moment. It looks like they’ll put aside all their reservations about their romance. Gabi and Chad will lose hope for their rescue, but they’ll find comfort in each other’s arms.

Days of Our Lives spoilers indicate that this strong connection will lead to some steamy love making. Despite the difficulties the group is facing, Chad and Gabi will manage to squeeze in a love session. This could really change their relationship moving forward.

John (Drake Hogestyn) and Marlena (Deidre Hall) are starting a search, which means everyone will be saved soon enough. Once Gabi and Chad are back in Salem, they’ll have to make sense of everything that happened. Chad will also have to deal with Abigail’s recent engagement to Dario (Jordi Vilasuso). 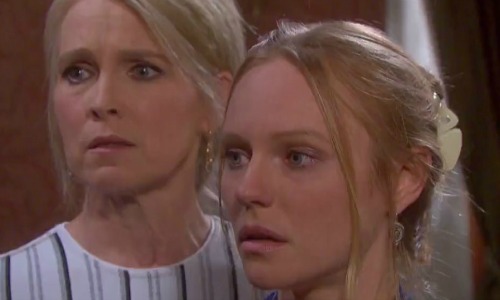 Days spoilers say Chad will be suspicious of Dario and Abigail’s rushed marriage plans. He’ll investigate, but that could cause problems with Gabi. No matter who Chad is with, he can never seem to stay away from his other option.

Chad will reunite with Abigail down the road, but will that island romp come back to haunt him? You can never count out a surprise pregnancy on a soap. Regardless, Abigail is still in love with Chad and she won’t like the thought of those hot bodies tangled up on the beach!

Days of Our Lives could have some shockers in store. We’ll give you updates as other news comes in. Stick with DOOL and don’t forget to check CDL often for the latest Days of Our Lives spoilers, updates and news.