Days of Our Lives Spoilers: Chad and Gabi Stir Up Hot Romance While Trapped By Deimos 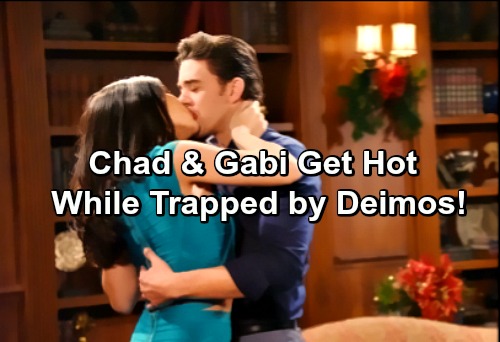 Days of Our Lives (DOOL) spoilers tease that the drama will continue for Chad (Billy Flynn) and Gabi (Camila Banus). Deimos (Vincent Irizarry) has them cornered and he doesn’t intend on letting them get away. He’ll hold them hostage until he can figure out his next move.

Since Nicole (Arianne Zucker) just broke up with Deimos, he has other matters to deal with. Deimos will have to divide his time between the technology war and winning Nicole back. Of course, Nicole and Chloe’s (Nadia Bjorlin) custody battle will be a huge focus. If Deimos can help Nicole get Holly, it would go a long way toward solving his relationship problems. 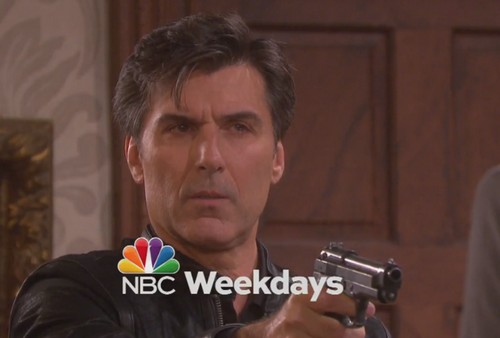 Days of Our Lives spoilers say Deimos will order his minions to make sure Chad and Gabi stay put. That will allow Deimos to go about his business while Gabi and Chad’s families fear the worst. Perhaps Deimos is hoping to gain some leverage here. Andre (Thaao Penghlis), Abigail (Marci Miller), Eduardo (A Martinez) and Dario (Jordi Vilasuso) will all be worried sick.

DOOL fans can expect Eduardo and Andre to make peace for the time being. With Kate’s (Lauren Koslow) assistance, they’ll begin a quest to find Chad and Gabi. Meanwhile, Dario and Abigail will do the same. Abby won’t like the idea of Dario leaving the hospital before he’s ready, but his mind will be made up. He’ll insist that he has to get to his sister before it’s too late. 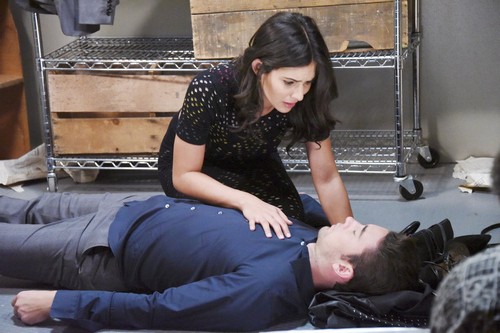 Abigail will be equally determined to track down Chad. She’ll also be concerned about Gabi. They’ve faced major awkwardness thanks to their mutual love for Chad, but they’ve been trying to move past it. Gabi is still Abigail’s best friend and they mean a lot to each other.

Unfortunately, that may not be the case for much longer. Days of Our Lives spoilers indicate that one of Deimos’ guards will knock Chad out cold. Gabi will grow fearful and it’ll lead to some romantic moments. The thought of losing Chad will bring out intense emotions for Gabi. 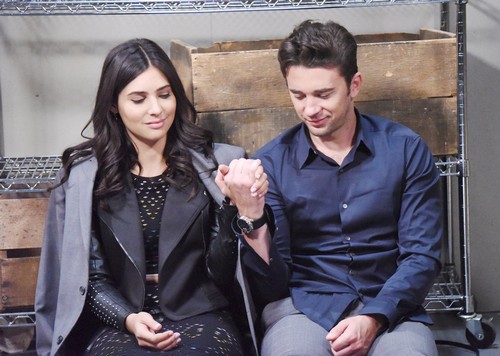 Days spoilers reveal that Gabi will declare her love. Chad already knows about her feelings, but she’ll want him to know how strong they are. Gabi fell hard for Chad and she’ll express how much she really cares. They don’t know what Deimos might have in store for them, so Gabi will get everything out in the open.

Will this change anything for Chad? Is an affair brewing? We’ll give you updates as more Days news comes in. Stay tuned to DOOL and don’t forget to check CDL often for the latest Days of Our Lives spoilers, updates and news. Come and join in the LIVE discussion on our Facebook Page.