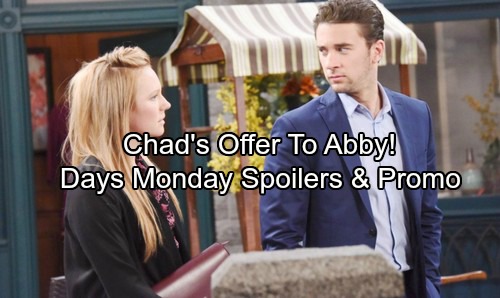 Days of Our Lives (DOOL) spoilers for Monday, October 6, tease that Paul (Christopher Sean) will have to make a difficult choice. He had his doubts about Will (Chandler Massey) being alive, but seeing him in that bar changed everything. Now Paul has to decide if he’s going to share this or keep it to himself.

Paul’s desperation will leave him feeling quite torn. He knows how huge this news is. Will’s friends and family members deserve to hear the truth, but Paul’s feelings for Sonny (Freddie Smith) will win out in the end. He can’t bear the thought of losing Sonny forever, so he’ll choose to stay tight-lipped for now. 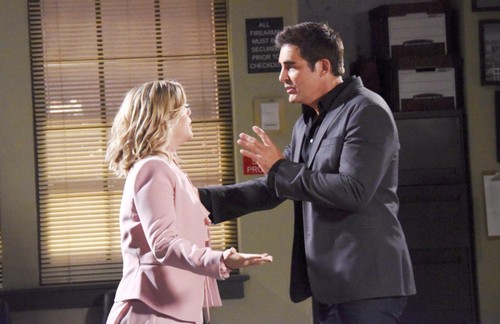 Days spoilers say Paul will feel guilty about hiding this secret, but he just can’t risk his relationship – at least not yet. Fortunately, Paul’s good heart should guide him in the right direction sooner or later. In the meantime, Sami (Alison Sweeney) will struggle to wrap her head around Susan’s (Eileen Davidson) crazy explanation. She’ll wonder if she should really trust Susan’s claims.

DOOL fans know that Susan wanted Dr. Rolf (William Utay) to revive Will so she could kill him again. She hoped to to make Sami pay the price herself. Susan maintains that the plan failed and no resurrection happened that day. Obviously, we can see that’s not true. Will Sami, John (Drake Hogestyn) and Marlena (Deidre Hall) suspect there’s more to the story? 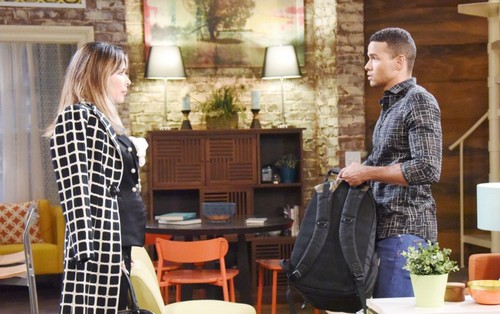 Will is alive and in Memphis, so they’ll have to stumble across him eventually. Susan should end up in hot water when her deception is revealed. Back in Salem, Days spoilers state that Tripp (Lucas Adams) will become privy to some dangerous information. He’ll realize Kate (Lauren Koslow) and Theo (Kyler Pettis) are in cahoots.

Tripp will try to figure out what they’re up to, but Kate will do everything in her power to stop him. Since Tripp’s a threat, Kate will just have to become a threat, too. Days of Our Lives spoilers say Chad (Billy Flynn) will have an offer for Abigail (Marci Miller). She just quit her job at the Salem P.D. because…well, her husband’s rich and why on earth would she want to work in that dump?

Chad will ask Abigail to join him at DiMera Enterprises and it looks like she’ll happily accept. They’re destined to become a true power couple, but more corporate chaos is ahead. We’ll give you updates as other Days of Our Lives details emerge. Stick with DOOL and don’t forget to check CDL often for the latest Days of Our Lives spoilers, updates and news.