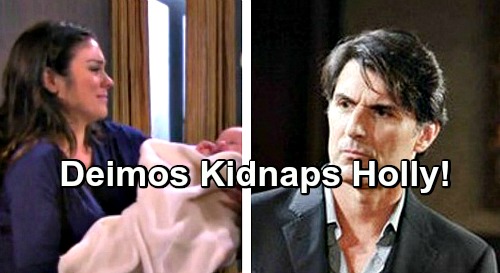 Days of Our Lives (DOOL) spoilers tease that Deimos (Vincent Irizarry) will refuse to accept Nicole’s (Arianne Zucker) decision to break things off. After losing the custody battle, Nicole will march over to the mansion to confront Deimos about his bribe. She’ll quickly learn that Deimos has done something even more heinous.

DOOL spoilers say Adrienne (Judi Evans) will fill Nicole in on Gabi (Camila Banus) and Chad’s (Billy Flynn) abduction. She’ll insist that Deimos is responsible for this madness. Nicole’s rage will finally erupt. She’ll indicate that she can’t be with a man who constantly schemes and hurts others. 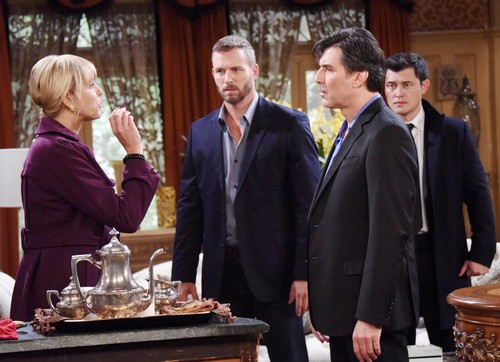 Deimos will contend that their love should be able to overcome the obstacles. He’s been obsessed with Nicole from the moment he laid eyes on her. Nicole looked just like Deimos’ old flame and he was drawn to her beauty. However, Deimos’ feelings changed in the months that followed. He now loves Nicole for who she is.

Still, Nicole just can’t take this anymore. She’ll choose walk away and never look back. Days of Our Lives spoilers state that Brady (Eric Martsolf) will support Nicole’s choice. He’ll have a chat with Chloe (Nadia Bjorlin) and Nicole’s decision to dump Deimos may come up. 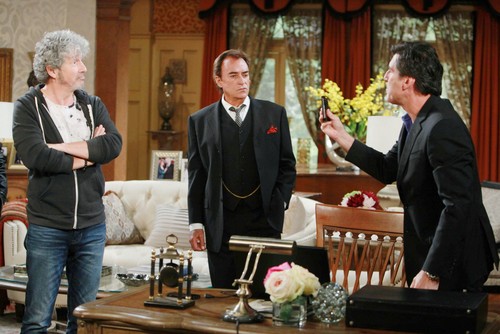 Brady might hope that Chloe will hand Holly over now that Deimos won’t be involved in her upbringing. Days spoilers say Chloe will contend that she was awarded custody and will serve as Holly’s mother. She’ll maintain that the case is closed.

Since she’s not getting much support around Salem, Chloe will think it’s time for a fresh start. She’ll want to move to New York with Holly and take her away from all this drama. Brady will be floored by the news. He’ll argue that Chloe can’t do this to Nicole. 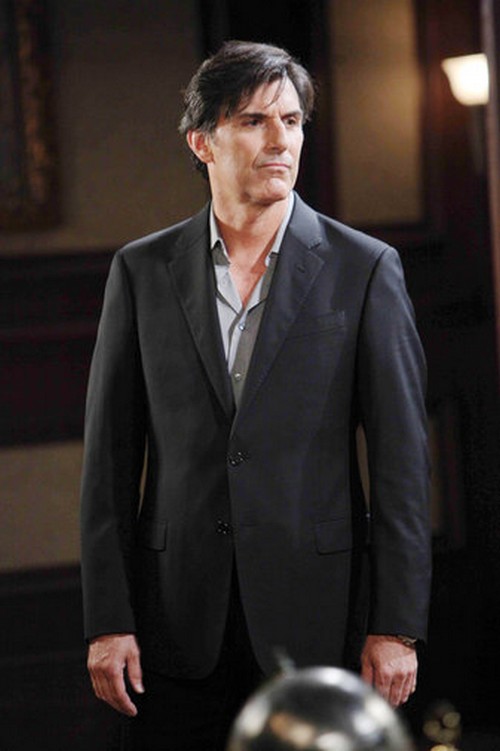 Chloe will believe she most certainly can. Days of Our Lives spoilers tease that Brady and Chloe will get into an argument. She’ll think Brady is only siding with Nicole because he’s falling for her again. Later, Deimos will also confront Brady about his feelings. He’ll accuse Brady of being in love with Nicole.

Brady may suggest that they’re just friends, but Days fans can see that their bond is growing stronger. Deimos won’t want to let Nicole slip through his fingers. He’ll determine that there’s only one way to save his relationship. DOOL spoilers reveal that Deimos will plan to kidnap Holly!

Will Deimos’ actions just make this situation even worse? We’ll give you updates as other details emerge. Stay tuned and don’t forget to check CDL often for the latest Days of Our Lives spoilers, updates and news. Come and join in the LIVE discussion on our Facebook Page.