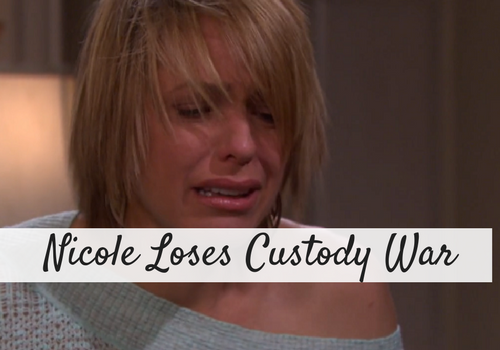 Days of Our Lives (DOOL) spoilers tease that Nicole (Arianne Zucker) and Chloe (Nadia Bjorlin) will face a judge. They both want custody of Holly, but someone is going to end up disappointed. The custody trial will soon get underway and the battle will immediately get heated. Belle (Martha Madison) and Justin (Wally Kurth) will make sure to bring plenty of ammunition to this fight.

DOOL spoilers indicate that Nicole will be stunned by the blows that Belle delivers. She’ll determine that Chloe will truly stop at nothing. Chloe doesn’t care if Nicole has wanted a baby for years. She doesn’t even care what Daniel (Shawn Christian) wanted for his child. Chloe just knows she can’t bear to give up this little one. 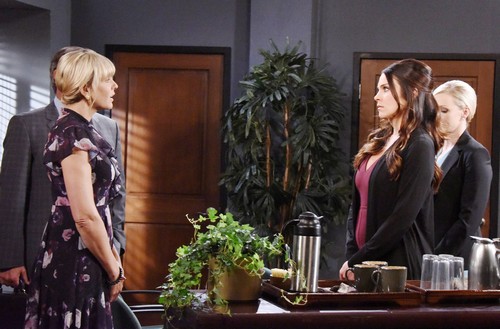 Although Chloe is using Deimos (Vincent Irizarry) as her excuse, he’s only part of the problem. Chloe has grown attached to Holly and breastfeeding her as only made their bond stronger. Bottom line, Chloe views this baby as her own now. She carried Holly and hopes to raise her.

Nothing Nicole could do would change Chloe’s mind. We’re dealing with two very stubborn women. Chloe won’t let go of Holly and Nicole can’t seem to break away from Deimos. However, some unexpected developments will shake things up for at least one of these ladies. 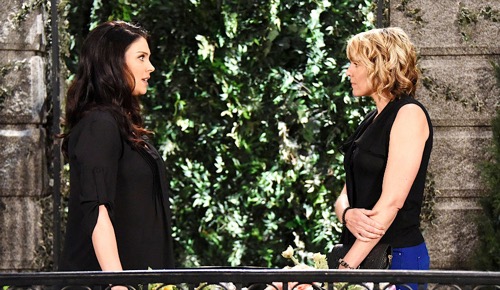 Days of Our Lives spoilers state that the judge will listen to both arguments and weigh her decision carefully. She realizes that a lot is at stake here. It typically takes an extreme case for the judge to award custody to someone other than the bio mom. In other words, Belle has her work cut out for her.

Unfortunately, Days fans know that the circumstances are indeed extreme. Deimos is a mad man and he obviously poses a threat to Holly. If Nicole is going to marry Deimos, the judge needs to take his violent actions into account.

Deimos might even try to bribe the judge before the trial kicks off. If so, that move could backfire. Regardless, Nicole will be on the warpath once all of this is over. She’ll officially dump Deimos on the same day the judge offers a ruling.

It certainly sounds like Nicole may lose this war. Of course, there’s much more to come in this storyline. Days of Our Lives viewers can expect some twists and turns in the coming weeks. You can bet that Nicole will be reunited with Holly eventually.

Days spoilers suggest that some great scenes are on the way. We’ll give you updates as other news comes in. Stay tuned to DOOL and don’t forget to check CDL often for the latest Days of Our Lives spoilers, updates and news.