Days of Our Lives Spoilers: Eric Sneaks into Salem for Hope – Jennifer Stunned When She Spots Him 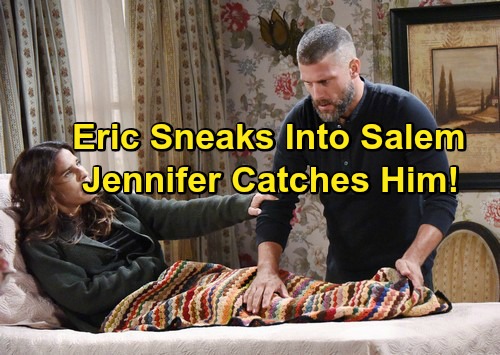 Days of Our Lives (DOOL) spoilers tease that Hope (Kristian Alfonso) will struggle to stay alive at Eric’s (Greg Vaughan) farmhouse. He’s doing his best to take care of her, but it isn’t easy. Eric managed to fix Hope’s stitches and brought home a few supplies. However, Hope’s health will continue to decline.

DOOL spoilers reveal that Hope will run a high fever. She’ll be on the brink of death, but Eric will do whatever it takes to help her survive. Thankfully, Eric’s hard work will pay off. Hope’s fever will break and she’ll be on the mend soon enough. 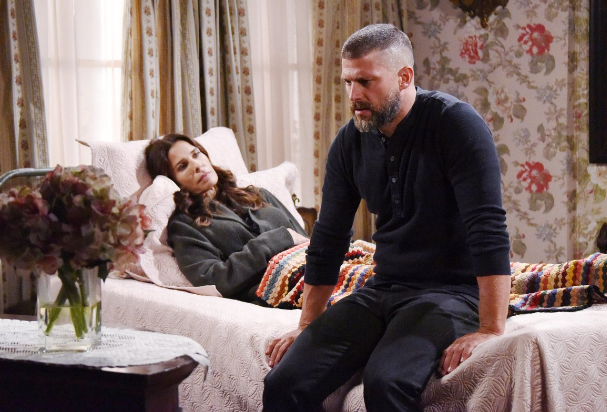 It looks like Hope might need a favor once she starts getting her strength back. Days of Our Lives spoilers state that Eric will make a quick trip to Salem. He’ll have to do a task of some sort, so maybe Hope will ask him for something. It could be as simple as giving info to Shawn (Brandon Beemer).

Regardless, Eric probably won’t like the idea of returning to his hometown. He’s been trying to steer clear of it since he was released from prison. Eric just can’t face the pain in the eyes of Daniel’s (Shawn Christian) loved ones. He’s still dealing with extreme guilt over his reckless actions. 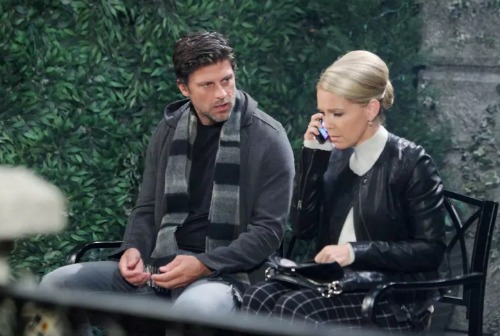 Nevertheless, Eric will decide to do this chore anyway. He’s seeking redemption and helping others is a step in the right direction. Days of Our Lives spoilers indicate that Eric will attempt to sneak in Salem undetected. Unfortunately, that plan just isn’t going to work out.

Salemites always have their eyes and ears open. They also have a knack for showing up at exactly the wrong moment. Days spoilers say Jennifer (Melissa Reeves) will be stunned when she spots Eric. She’ll wonder when he got out of prison and why he didn’t share the news.

Before Eric went to jail, he had a hot hookup with Jennifer. It was a night filled with booze, pills and passion. It wasn’t exactly romantic, but they still had a connection. Eric hinted that it might’ve turned into something more if they had been in a better place. His prison sentence was the biggest hurdle to a real relationship.

Jennifer needed to get her life together anyway. Both Eric and Jennifer have cleaned up their act, which means they could pick up where they left off if they wanted to. Of course, they may decide that it’s too painful to revisit that low point. Friendship might be their best option.

Nicole’s (Arianne Zucker) relationship with Deimos (Vincent Irizarry) is obviously headed for disaster. Once she’s single, could Eric land back in her orbit? It’ll be tough for Nicole to get over what Eric did to Daniel, but it’s not a huge deal in the soap world. These characters forgive and forget all the time.

Will Days give us an epic “Ericole” reunion? Many DOOL fans hope so! We’ll give you updates as other details emerge. Stay tuned and don’t forget to check CDL often for the latest Days of Our Lives spoilers, updates and news. Come and join in the LIVE discussion on our Facebook Page.