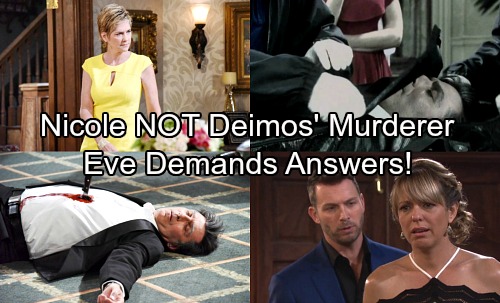 Days of Our Lives (DOOL) spoilers for November sweeps reveal a lot is going to happen. For those that thought the murder of Deimos Kiriakis (Vincent Irizarry) was over, think again. Eve Donovan’s (Kassie DePaiva) return will shake things up in Salem.

On Friday, Eve Donovan comes back to Salem with a huge bombshell. Unknown to everyone, she married Deimos Kiriakis. However, that isn’t the only shocker. She reportedly had a great relationship with the soap villain. Finding out about his death, she demands answers. 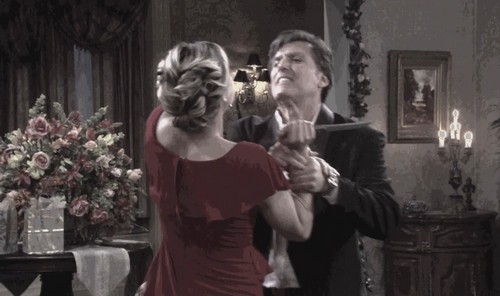 Days of Our Lives spoilers confirm that Hope Brady (Kristian Alfonso) has assigned the case to JJ Deveraux (Casey Moss.) She doesn’t want it to become a cold case. With Eve wanting answers, this will put more pressure on Hope to arrest someone for Deimos’ murder.

As fans know, Nicole Walker (Arianne Zucker) remembers killing Deimos. However, her memories cannot be trusted. She was high on Halo and it is possible that they are “false memories.” All it takes is a little suggestion, especially if someone has rage and drugs in their system. All of these apply to Nicole.

The way the whole thing was revealed, on a video promo before the show aired, was really lacking in drama. It was not Ron Carlivati’s style. There is good reason to believe there is more to the story. 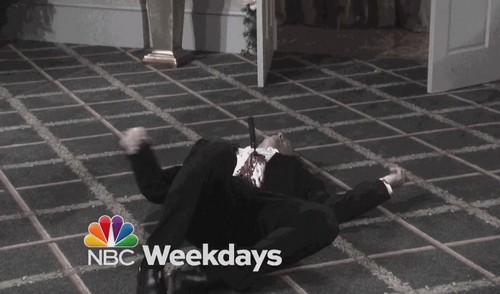 Days of Our Lives spoilers imply that Nicole might come back to Salem for a Christmas episode. If that is true, then she won’t be exposed as the killer. So, if she didn’t murder Deimos, then who did?

That is the big question. Someone is going to have to pay for the crime, whether Deimos deserved it or not. It can’t be a major character and has to be someone that fans won’t miss. Carlivati has a special interest in the vets, so it probably won’t be any of them. 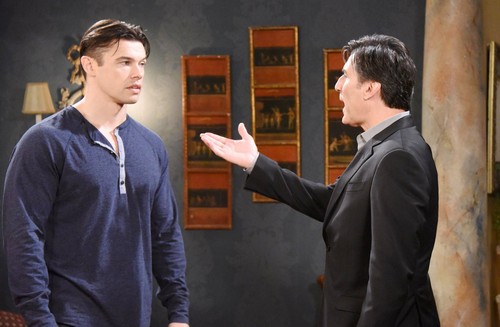 The best guess is that they will bring back a character that is guilty, such as Xander Cook (Paul Telfer.) Even though he claimed the deed was already done, maybe it wasn’t.

They could also introduce someone new just to wrap up this storyline. A villain like Deimos has a lot of enemies. Remember, he has lived in other places. It would be easy for someone to come to Salem to settle an old score.

Who do you think really killed Deimos Kiriakis? Keep watching the NBC soap and check back with CDL for the latest Days of Our Lives spoilers, updates and news.