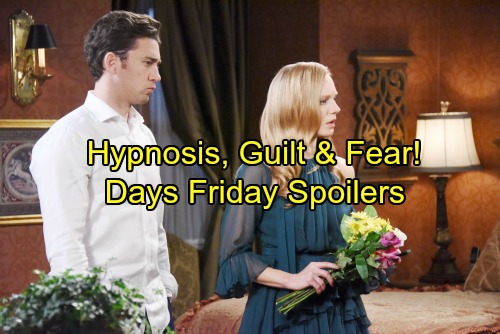 Days of Our Lives (DOOL) spoilers for Friday, June 30, tease that the partygoers will continue to deal with the consequences of Deimos’ (Vincent Irizarry) scheme. Halo 2.0 sparked some wild behavior at the Martin house bash. Now the guests are left with brief flashes of what happened after Eric’s (Greg Vaughan) toast.

JJ (Casey Moss) is obviously in hot water thanks to the blood on his sleeve and Lani’s incriminating statement. Days of Our Lives spoilers reveal that Commissioner Raines (Aaron D. Spears) will grill JJ at the police station. He’ll push JJ to tell him what he remembers about his faceoff with Deimos.

Unfortunately, JJ won’t recall anything at all. If Raines wants answers, he’ll have to find another way to get them. DOOL spoilers say Marlena (Deidre Hall) will help the police with their investigation. She’ll put JJ under hypnosis, but his memories won’t clear him. 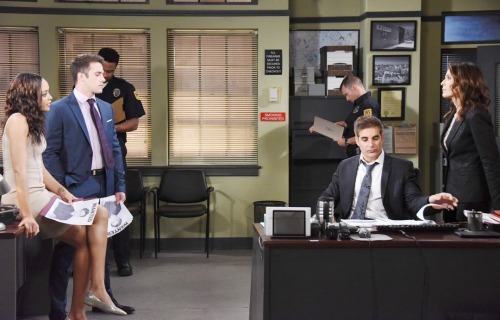 Perhaps JJ will see a flash of his showdown with Deimos, which means he could start to believe in his own guilt. Speaking of guilt, Chad (Billy Flynn) will probably face a good dose of it. He spent the night in Abigail’s (Marci Miller) room and it resulted in a touching vow renewal ceremony. They don’t remember the details yet, but they know their feelings for each other came pouring out.

Since Chad is with Gabi (Camila Banus) now, he’ll have a hard time wrapping his head around his tender moments with Abigail. Days of Our Lives spoilers state that Chad will speak with Abby privately about what happened. They’ll try to make sense of their desires and what their evening together meant to them. 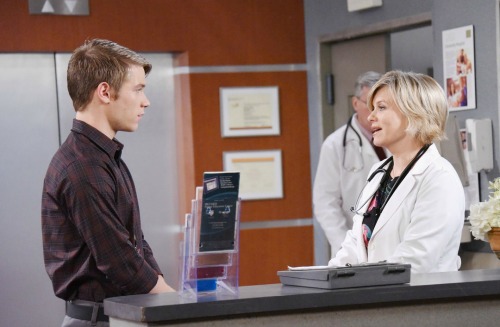 Abigail and Chad will likely agree that they should put all of this behind them. Of course, it’ll be difficult for them to stick to that plan. Meanwhile, Tripp (Lucas Adams) will reflect on his own plan to destroy Kayla’s (Mary Beth Evans) reputation. He’ll hope that his plot is going to be a huge success.

However, Days spoilers say Tripp will have second thoughts during a chat with Joey (James Lastovic). Maybe Joey will talk about what a great person his mom is or how much she’s had to endure over the years. Joey might be glad that Kayla has finally settled down with Steve (Stephen Nichols) and found some happiness.

Tripp will worry that he’s heading down the wrong path, but he just won’t be able to walk away from his revenge. Besides, it’s too late to turn back at this point. We’ll give you updates as other Days news comes in. Stay tuned to DOOL and don’t forget to check CDL often for the latest Days of Our Lives spoilers, updates and news.