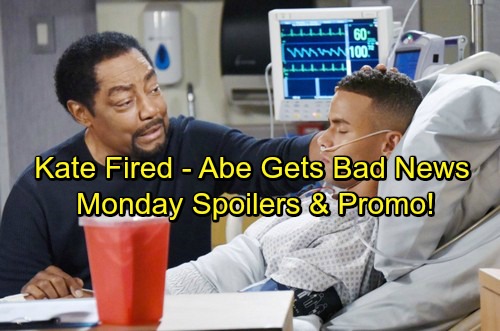 As Chad wraps up his outburst, he’ll announce that Kate is out as CEO of DiMera Enterprises. Furthermore, she’s no longer welcome at the mansion. Chad will force Kate to leave as he fumes over this development. He’ll be in shock over how low Kate stooped to keep her sneaky moves under wraps. 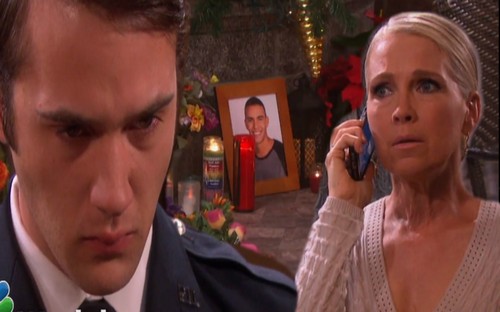 While Chad deals with the drama, JJ (Casey Moss) will learn his fate. Days of Our Lives spoilers state that Rafe (Galen Gering) will read the results of the investigation. It looks like JJ will be cleared of any wrongdoing. JJ will be relieved to know a prison stint isn’t in his future.

Abe (James Reynolds) should be upset about the outcome, but it’s not the only bad news he’ll get on Monday. Days spoilers say he’ll also get some tough updates from Theo’s specialist. It seems the procedure didn’t go as well as everyone hoped. 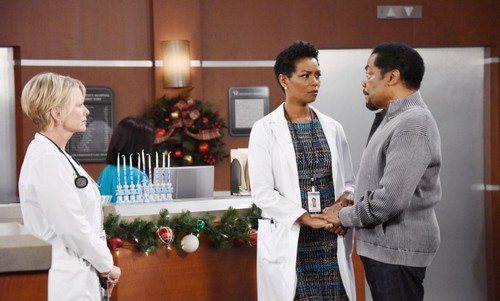 Theo still won’t be out of his coma, but DOOL fans shouldn’t worry. A Christmas miracle is coming up down the road, so Abe’s family will just have to stay strong. Elsewhere, Tripp (Lucas Adams) and Kayla (Mary Beth Evans) will manage to bond. Their relationship has certainly been complicated, but things are moving in the right direction again.

Other Days of Our Lives spoilers say Ciara (Victoria Konefal) will have a serious conversation with Hope (Kristian Alfonso). She’ll consider filling Hope in on Rafe’s secret, but it appears she’ll back out in the end. Ciara will probably just talk about her issues with Claire (Olivia Rose Keegan) and spare her mom the unnecessary pain.

Nevertheless, Hope will undoubtedly get a clue sooner or later. Until then, Rafe will just have to sweat it out and battle his guilt. Does he deserve major backlash for his deception? We’ll keep you posted as other Days details emerge. Stick with DOOL and don’t forget to check CDL often for the latest Days of Our Lives spoilers, updates and news.