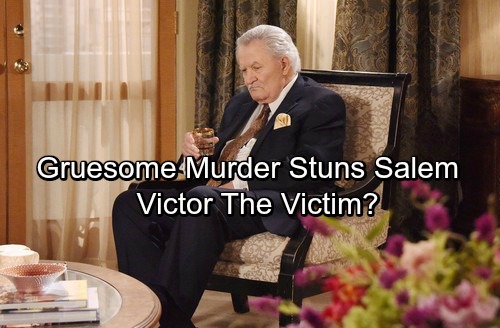 Days of Our Lives (DOOL) spoilers tease that a surprising murder will shake things up in the new year. Let’s consider what we know so far. The victim of this brutal crime will be a Salemite who’s very familiar to the community. There will also be plenty of suspects once the murder takes place.

Hope (Kristian Alfonso) will be one of the first people to learn about this shocking death. She’ll get a phone call and recruit Rafe (Galen Gering) to join her at the scene. They’ll head over to the site of the killing in hopes of finding some clues.

Days spoilers suggest that they may not find many hints at first. This DOOL mystery will take a while to play out. They want the suspense to build over the course of a few months. However, some major revelations will eventually emerge and the puzzle pieces will start to form the big picture.

The murderer is bound to get caught sooner or later, but we should really figure out who the victim is first. Andre (Thaao Penghlis) is certainly in the running since he already has numerous enemies in town. He’ll gain more in the weeks ahead, so that will only add to the risk for this character. 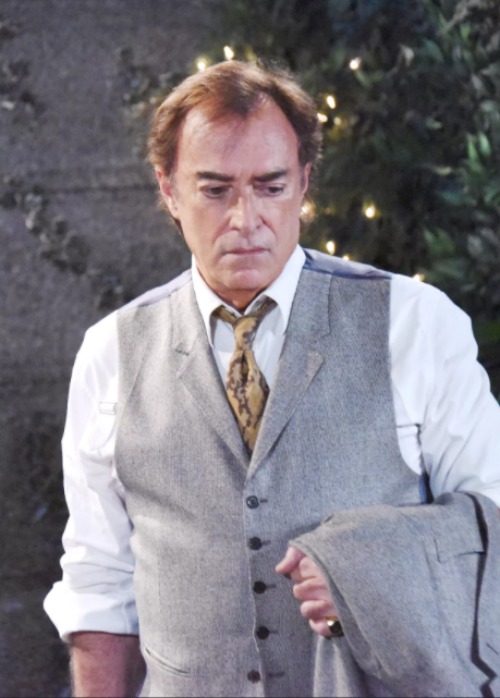 There’s a possibility that Andre will be killed off and replaced with his lookalike, Tony (Thaao Penghlis). Still, we should examine all the options. It’s the only way to avoid being blindsided when the murderer finally strikes. With that in mind, Victor (John Aniston) should be included on the contender list.

Is John Aniston ready to retire from Days of Our Lives? Some viewers are wondering if Victor may be done at the NBC soap. Nobody would blame Aniston for taking his final bow. He’s had a great run and might want to go out with a bang. You can’t create much more of a bang than a stunning murder!

Victor had the cursed amulet under his roof for a while, so maybe it’ll be his turn for bad luck. Days should be prepared for backlash if they take this route. Fans were outraged when Stefano (Joseph Mascolo) bit the dust in such a gruesome way. They tried to undo the damage later, but it’s still a touchy subject. People typically want to see the older characters get a sweeter sendoff.

On the other hand, sweet may not be Victor’s style – even in death. Perhaps Aniston requested an exit with a little more pizazz. Nothing’s set in stone yet, but Days of Our Lives spoilers say Victor can’t be ruled out as the upcoming murder victim. We’ll give you updates as other news comes in. Stick with DOOL and don’t forget to check CDL often for the latest Days of Our Lives spoilers, updates and news.