Days of Our Lives Spoilers: Hope Gets Good News and Bad News, Changes at Salem PD – Chad and Abigail Awkward with Gabi 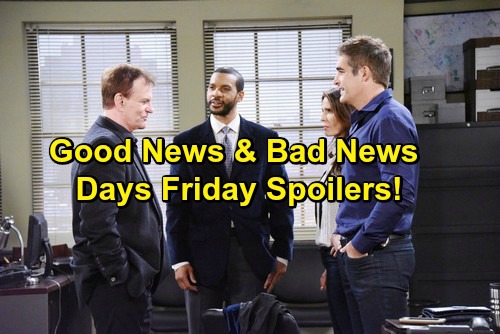 Days of Our Lives (DOOL) spoilers for Friday, March 3, tease that Hope (Kristian Alfonso) will get some good news. She’ll learn that she’s getting her job back at the Salem PD. Hope will like the idea of returning to the force. It’s been a long time since Hope has been able to handle cases. She loves being a detective and working with Rafe (Galen Gering).

Hope will also get updates on some other changes happening at the Salem PD. Days of Our Lives spoilers reveal that Roman (Josh Taylor) will announce that he’s retiring. Hope and Rafe will be surprised to hear that Roman is stepping away. They’ll obviously wonder who’s going to replace him. 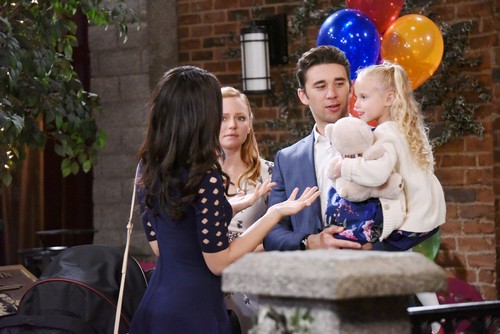 Days spoilers state that Lt. Raines (Aaron D. Spears) will be promoted in Friday’s DOOL episode. He’ll be taking over for Roman, which means things could be tense around police headquarters. Raines might assure Hope that he can put his personal feelings aside, but that probably isn’t true.

Hope could certainly face harsh treatment in the coming weeks. However, she might prove herself to Raines eventually. If Hope comes through for him on a tough case, Raines may realize she’s a decent detective who deserves some respect. For now, Raines will likely remain belligerent.

Other Days spoilers say Chad (Billy Flynn) and Abigail (Marci Miller) will have an awkward encounter with Gabi (Camila Banus). The meat locker incident is still fresh in their minds, but they need to work through this discomfort. Chad could really use Gabi’s help at the moment. He’s hoping to find out what she remembers about the pictures in the Kiriakis safe. 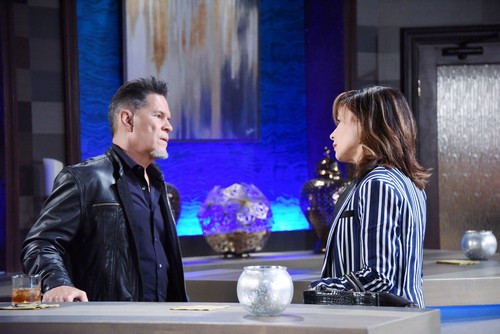 While Chad concentrates his plan to control Deimos (Vincent Irizarry), Eduardo (A Martinez) will focus on winning Kate (Lauren Koslow) back. He’ll insist that he’s not willing to walk away from the spark between them. Kate may not forgive Eduardo just yet, but he might make a little progress.

In the meantime, Days of Our Lives spoilers say Kate and Andre (Thaao Penghlis) will be invited to move in the DiMera mansion. Abigail and Chad will agree that they’re welcome to stay if they want to. Having them nearby could make doing business a bit easier.

Andre and Kate will decide to take them up on it. What kind of trouble could come from this? We’ll have to wait and see, but DOOL fans know that something is bound to go wrong sooner or later. Keep watching and don’t forget to check CDL often for the latest Days of Our Lives spoilers, updates and news. Come and join in the LIVE discussion on our Facebook Page.