Days of Our Lives Spoilers: Kyler Pettis Out as Theo – First Glimpse of New Ciara in Theo’s Final Scenes 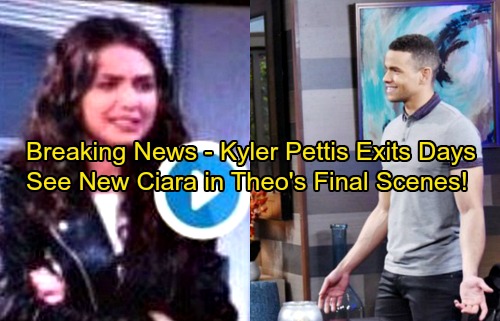 Days of Our Lives (DOOL) spoilers tease that another shocking departure is on the way. Based on a leaked video clip, it looks like Kyler Pettis will be exiting as Theo. This DOOL video offers some intriguing hints about how Theo will leave town.

First, Theo has an emotional chat with Claire (Olivia Rose Keegan). They discuss a song she wrote and she talks about how she wanted it to be perfect before he left. It’s worth mentioning that Theo is fully clothed in hospital bed. It appears he’s waiting to be released.

Days of Our Lives spoilers suggest that Theo will be injured at some point in the coming months. This clip [available here] backs up that idea. Claire brings up a year-long program, which means Theo may have to have some intense physical therapy or something along those lines. Maybe he was partially paralyzed in an accident. 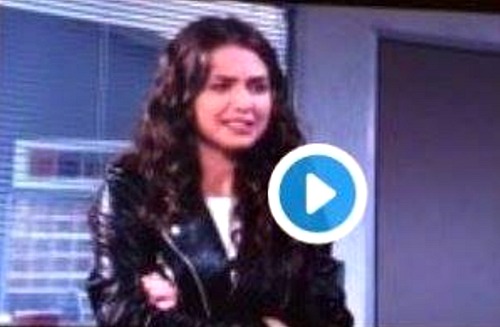 Once Claire leaves the room, we get our first glimpse of the Ciara recast played by Victoria Konefal. She’s not in this clip very long, but Days fans probably like what they see! New Ciara seems fun and expressive. She should be a good fit moving forward, but who will she be paired with? Most viewers assumed she’d be with Theo once she came back on canvas.

That might mean it was Pettis’ choice to exit. Regardless, Theo’s absence will leave Days with a bit of a love interest problem. For this age range, we’ll be down to Ciara, Claire and Tripp (Lucas Adams). They obviously aren’t going to have a lot of romantic options. 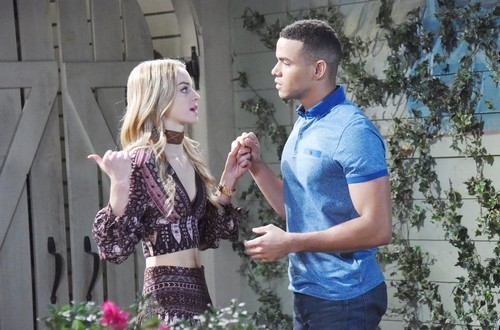 It sounds like Theo will remain out of the picture for a while, but another male will likely be thrown in the mix. The audition clips for Ciara had her interacting with a new guy, so they could get together eventually. Claire might end up with Tripp until they recast Theo or come up with another plan.

This Days of Our Lives video also hints that Theo is going to be an uncle. Lani (Sal Stowers) will be pregnant by the time these scenes air. Will the father be JJ (Casey Moss) or Eli (Lamon Archey)? Days viewers will have to stay tuned!

It’s tough to lose Theo, but at least we’re getting all these great clues! We’ll give you updates as other DOOL news comes in. Stick with the NBC soap and don’t forget to check CDL often for the latest Days of Our Lives spoilers, updates and news.