Days of Our Lives Spoilers: October Updates – Will Horton Being Experimented on by Dr. Rolf

Days of Our Lives spoilers for October 2017 reveal that Dr. Rolf (William Utay) will return. What is the devilish doctor up to these days? Is it possible that “these people” that Ben Weston (Robert Scott Wilson) referred to are connected?

The wedding crasher insists that Will Horton (Chandler Massey) is alive. Of course, everyone is in disbelief. After all, some Salemites saw his cold dead body, so how could it be possible? Unfortunately, even Ben doesn’t know. He can’t even say where Will is located.

However, Days of Our Lives spoilers tease that he knows who has have Will Horton. While being questioned, Ben said he knew “these people.” Just who are these people and why do they have Will?

While it was believed that the DiMeras were involved, it might be someone close to them. Dr. Rolf worked with Stefano DiMera (Joseph Mascolo) for many years. He conducted experiments and even cheated his own death once. 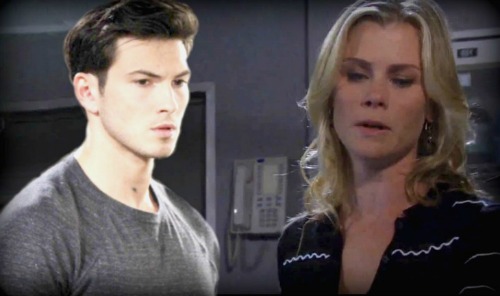 This seems to be leading up to a medical experiment storyline. However, why would Dr. Rolf steal Will’s dead body? That is a complicated answer. First, it probably wasn’t the doctor that did it. He was likely ordered by a DiMera family member to do the deed. As a bonus, he could do his creepy experiments with the goal of resurrecting Will.

Days of Our Lives spoilers confirm that the mystery takes several Salemites to Memphis. It seems obvious that is where Will is located. However, how would Ben know about this? There are a few possible answers to that question. Dr. Rolf either conducted business at Bayview or he overheard a conversation. Perhaps at some point, Ben was experimented on himself.

If this happens, it certainly would set up an interesting storyline for the Necktie Killer. Robert Scott Wilson recently said that Ben wants to clear both his conscious and his name. He admitted to killing Serena Mason (Melissa Archer) and Paige Larson (True O’Brien.) However, he insists that Will is alive.

If he is sane enough to take responsibility for some of the deaths, perhaps he isn’t as crazy as we all thought. Could this set him up to be redeemed? Keep watching the NBC soap and check back with CDL for the latest Days of Our Lives spoilers, updates and news.