Days of Our Lives Spoilers: Sonny Spirals Out of Control – Nicole Blows Last Shot at Motherhood 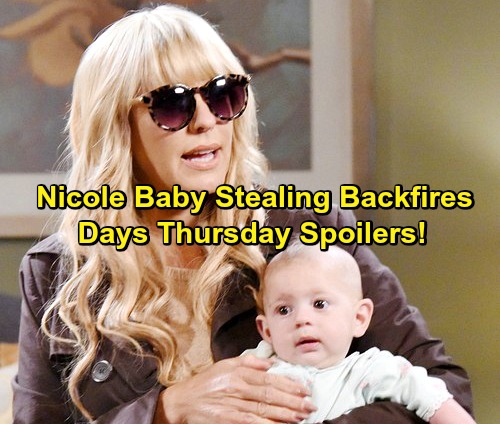 Days of Our Lives (DOOL) spoilers for Thursday, March 2, tease that Sonny (Freddie Smith) will continue to rant about Deimos (Vincent Irizarry). He really can’t stand the guy at this point. Sonny recently made a pitch to Victor (John Aniston) about taking over Titan. When Deimos messes up again, Sonny wants a chance to run the company correctly.

However, it’s clear that Sonny is growing impatient. He’ll soon decide he needs to take action if he wants to stop Deimos’ path of destruction. Days of Our Lives spoilers state that Paul (Christopher Sean) will worry about Sonny’s plan. He just won’t think it’s a good idea. 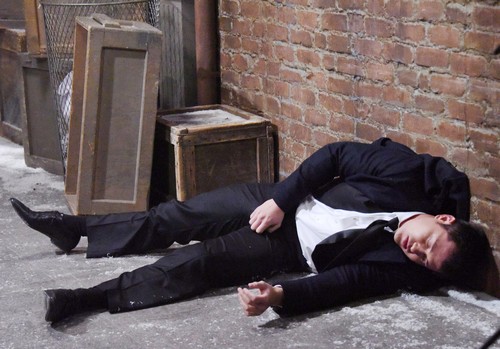 Sonny was kidnapped thanks to the war Deimos was involved in. Paul will argue that Sonny needs to back off or Deimos could come after him. When you’re dealing with a man like Deimos, lives are always at stake. Nevertheless, Sonny will refuse to live in fear. He’s not giving up without a fight.

Days of Our Lives spoilers say Paul will share his concerns with Gabi (Camila Banus). She’ll agree that Sonny’s attitude shift isn’t what’s best for him. Since Will (Guy Wilson) is gone, Sonny has been serving as Arianna’s (Harper and Sydnee Udell) father. Gabi won’t like it if she believes Sonny is becoming just as ruthless as his enemies. He’s spiraling out of control.

Sonny will also have a chat with Brady (Eric Martsolf) in Thursday’s DOOL episode. Days spoilers reveal that Sonny will open up about a new plot. He’ll admit that he’s been brainstorming ways to bring down Deimos.

Brady probably won’t think Sonny can handle this, but he may not have time to deal with him. Nicole (Arianne Zucker) is busy sneaking off with Holly, so Brady will have to step in. It appears Deimos will arrive at the scene first. His minion will likely tip him off to the trouble in Chloe’s (Nadia Bjorlin) hotel room. 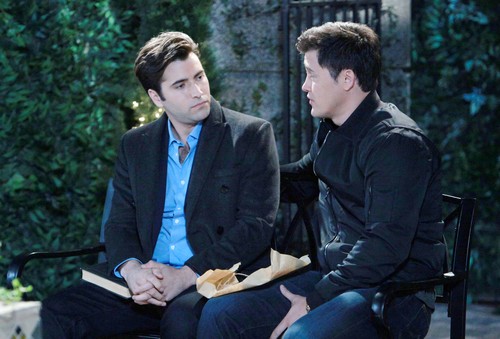 Days spoilers say Deimos will try to figure out his next move. He’ll want to find Nicole and possibly make arrangements to get her out of the country. Brady, on the other hand, will contend that Nicole has to return Holly to Chloe. He’ll believe Nicole is blowing her last shot at motherhood. This will definitely put Nicole’s appeal at risk unless Chloe has a change of heart.

It sounds like some hot drama is coming up. We’ll give you updates as more news emerges. Stay tuned to DOOL and don’t forget to check CDL often for the latest Days of Our Lives spoilers, updates and news. Come and join in the LIVE discussion on our Facebook Page.