Days of Our Lives Spoilers: Steve and Kayla’s Wedding Comes with Surprises – Stephanie Comes Home, Carrie and Austin Join In 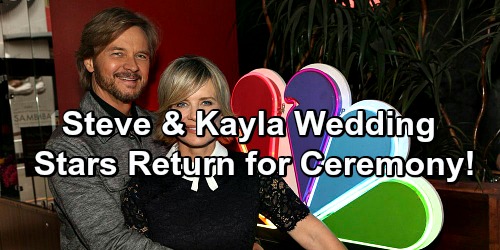 Days of Our Lives (DOOL) spoilers tease that Steve (Stephen Nichols) and Kayla (Mary Beth Evans) will breathe a huge sigh of relief once Stefano (Joseph Mascolo) is apprehended. When Stefano disappears from his jail cell, they won’t let it bother them. Getting Hope (Kristian Alfonso) off the hook was all that mattered. They’ll still have the proof they need to get Hope cleared of the charges.

After this mission is over, Kayla and Steve will be able to focus on their upcoming wedding. Days of Our Lives spoilers state that Steve will be on cloud nine when he realizes this is actually going to happen. There are no more obstacles standing in the way. 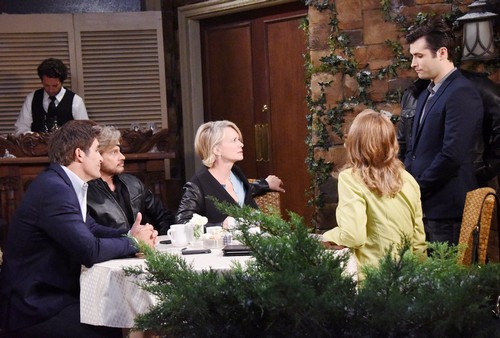 Kayla will be excited about remarrying her soul mate. Steve has always been “the one.” There’s just no other man for Kayla. As they prepare for their big day, they’ll realize they should invite two extra guests. Carrie (Christie Clark) and Austin (Austin Peck) might as well join in the celebration.

Days spoilers reveal that Austin and Carrie will be touched by the invitation. They’ll eventually decide it would be fun to drop by Salem again. Steve and Kayla will be thrilled when their offer is accepted. It sounds like this wedding is going to be quite an event. 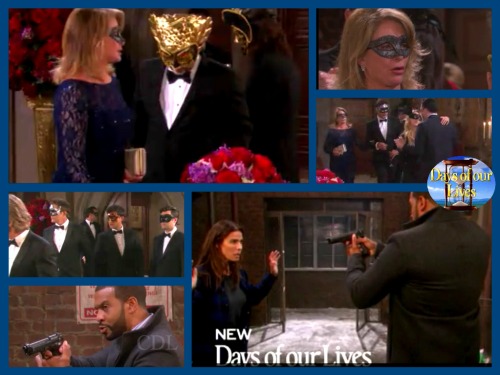 In addition to Carrie and Austin, another familiar face will come back to town. DOOL spoilers indicate that Stephanie (Shelley Hennig) will return to see her parents tie the knot. Kayla and Steve will be so glad that their daughter could pop in for a quick visit.

Stephanie will undoubtedly share some scenes with her little bro, Joey (James Lastovic). It should be nice to have the family back together, even if it’s just for a few scenes. Once the ceremony kicks off, Steve and Kayla will finally say “I do.” This time they hope it’ll be forever. 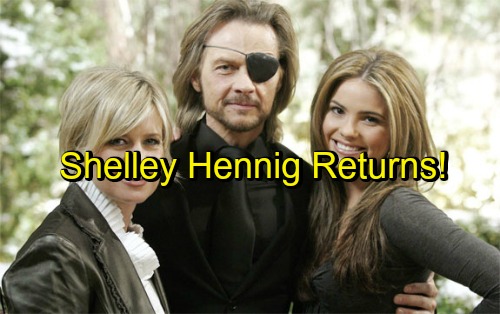 Many Days viewers are also hoping this marriage will stick. At some point, soap supercouples tend to settle down and add to the drama in other ways. It seems like Marlena (Deidre Hall) and John (Drake Hogestyn) have reached that stage. Now Steve and Kayla appear to be joining the club.

Days of Our Lives fans will be anxious to see the special moments and surprises ahead. The NBC soap may even throw in some flashbacks of the epic “Stayla” love story. We’ll give you updates as other news comes in. Stay tuned to DOOL and don’t forget to check CDL often for the latest Days of Our Lives spoilers, updates and news.