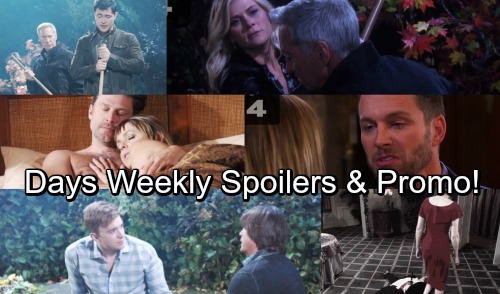 Days of Our Lives (DOOL) spoilers for the week of October 9-13 tease that some jaw-dropping moments are ahead on the NBC soap. For starters, let’s talk about a big return. Sami (Alison Sweeney) will finally make her way back to Salem, so this should be fun! Days intends on dropping Sami into the action from the get-go.

Lucas (Bryan Dattilo) will remain firmly against Will’s (Chandler Massey) exhumation, so Paul (Christopher Sean) will come up with a different tactic. John (Drake Hogestyn) will be stunned when Paul suggests an illegal idea. He’ll contend that they’ll just have to do the digging themselves, but John won’t think that’s the best plan. 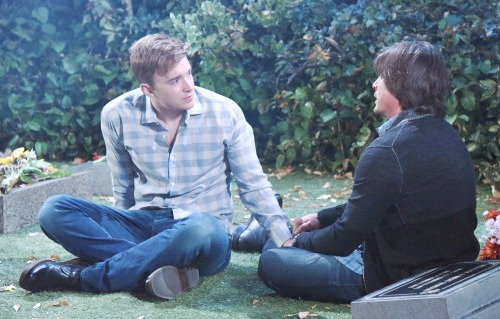 Nevertheless, John won’t want to let his son down. Since Paul would just do it on his own anyway, John will agree to pitch in. As they’re digging, Days spoilers say Sami will arrive at the burial site. She’ll ask what John and Paul think they’re doing. After snatching John’s shovel, Sami will give them an earful for disturbing her son’s grave.

However, it looks like Sami will get on board sooner or later. They need to find out if Will’s really six feet under. Obviously, he isn’t! At the farmhouse, Nicole (Arianne Zucker) will declare her love for Eric (Greg Vaughan) and they’ll hit the sheets. This sex session has been brewing for quite a while, but Nicole will still have mixed feelings. 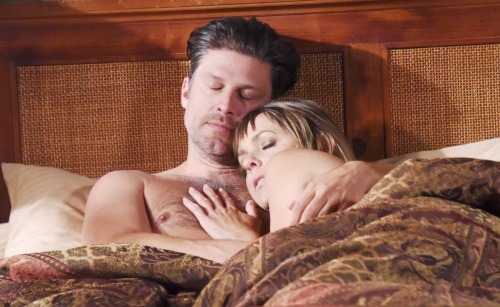 DOOL fans know Eric is the man of Nicole’s dreams, but she’ll have a hard time breaking the news to Brady (Eric Martsolf). After Brady confronts Nicole, she’ll admit that she wants to be with his brother. Brady will be furious when he realizes Nicole is choosing Eric over him. After mulling it over, Brady will decide he just can’t accept this.

Days of Our Lives spoilers say Brady will give Nicole a ruthless ultimatum. She can either break things off with Eric or he’ll turn her in for murdering Deimos (Vincent Irizarry). Nicole will be appalled by Brady’s blackmail threat. She’ll wonder if Brady would actually do that to Holly and he’ll insist the answer is yes. Brady has lost all control at this point.

Kate (Lauren Koslow) will also have a showdown with Clyde (James Read) this week. She’ll learn a Will shocker while Lucas (Bryan Dattilo) has another vision of his son. It sounds like some great episodes are coming up. We’ll give you updates as other Days of Our Lives details emerge. Stay tuned to DOOL and don’t forget to check CDL often for the latest Days of Our Lives spoilers, updates and news.