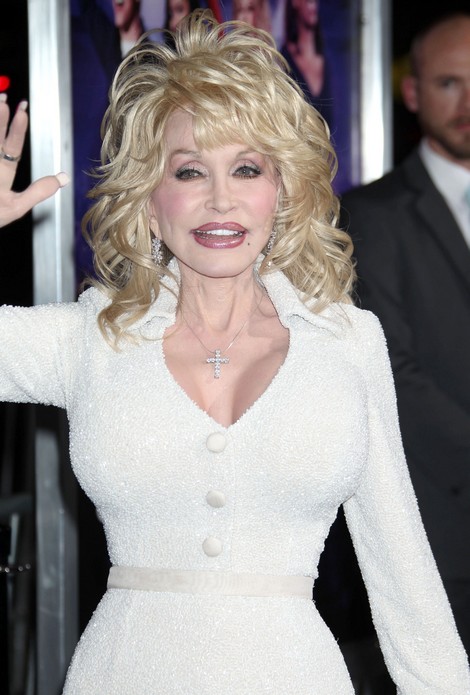 Dolly Parton, 71, is one of country music’s most recognized and beloved stars. Known as “The Queen of Country”, she has an impressive 47 Grammy nominations and 9 Grammy wins and is one of few entertainers who can claim being an EGOT (Emmy, Grammy, Oscar, and Tony) nominee. She has also graced the big screen, appearing in such hits as “9 to 5” and the tear-jerker “Steel Magnolias”.

While most think of Dolly as the ever happy country singer and “Dollywood” amusement park owner, a new book about the songstress will sure to take many by surprise. In “Dolly on Dolly, Interviews and Encounters with Dolly Parton”, Dolly opens up about her life’s journey from poverty to country music stardom, her struggle with weight gain, and gets candid about her open marriage to husband of 50 years, Carl Dean and an “affair of the heart” that made her have suicidal thoughts when the relationship ended. 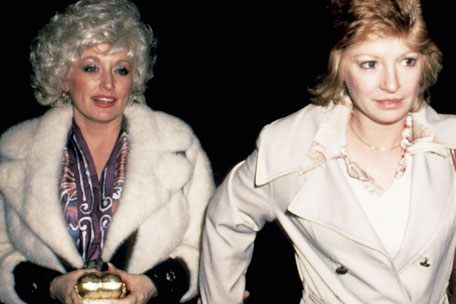 Dolly and Carl married in 1966 and the couple have an “open” marriage, but Dolly denies that any of her affairs have been physical, instead describing them as “affairs of the heart”. It was one such affair of the heart that almost had a devastating consequence. After their relationship ended, Dolly was crushed and thought about suicide. She recounted the incident by saying that she took a gun out of her nightstand and looked at it for a long time, but she put it away when her dog came into the room.

She credits the dog for snapping her back to reality. Dolly Parton refused to name the man who brought her to such a low point, but it is rumored to be a man named Greg Perry, a band leader who has since retired from music. None of her affairs however seem to have any negative effects on her marriage to Carl. Dolly claims she would “die” if he ever left her and truly believes they will be together until one of them dies.

Dolly Parton is also honest about her weight struggles, including the time the star gained nearly 80 pounds. She lost the weight but admits to loving junk food; she just now eats it in smaller portions. She admits to a few nips and tucks, but insists her chest is implant free.

The memoir also details her childhood of poverty in Sevierville, Tennessee. Dolly was the oldest of her 11 siblings and grew up in a house without a television or electricity. The only source of entertainment was a radio and Dolly Parton would listen to gospel and country music and dream of one day becoming a star.