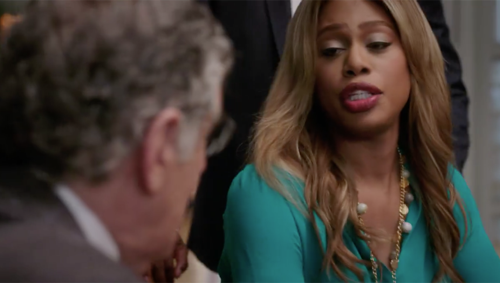 Tonight the CBS series Doubt airs with a Wednesday, February 22, 2017, season 1 episode 2 and we have your Doubt recap below. On tonight’s episode called, “Then and Now” as per the TV Guide synopsis, “Sadie works on a case from one of Isaiah’s oldest friends as she tries to keep her relationship with Billy strictly professional. Meanwhile, Cameron is conflicted about having her client testify against his own cousin.”

So make sure to bookmark this spot and come back between 8PM – 10PM ET for our Doubt recap. While you wait for the recap make sure to check out all our Doubt news, spoilers, recaps & more, right here!

Albert questions Billy and is able to rattle him in two minutes. Sadie tells him he needs to toughen up and not take the questions personally. Billy apologizes for kissing Sadie. She tells him to focus on the case. Isaiah calls the team together but everyone quickly leaves for their hearings. Sadie is defending Judge Porter against a charge of rape for having sex with his wife (Gina) of 15 years. Gina has Alzheimer’s disease and her children argue that she is not able to give consent for sex due to her diagnosis. Sadie argues that the step-children have never liked the judge and are out for revenge.

Sadie returns to her office to find it overflowing with boxes related to Billy’s case. Sadie and Albert realize it is going to take them hours to review all the evidence. Albert asks Tiffany to start reviewing the evidence until he and Sadie can join her. Sadie tries to meet with Gina but she is highly agitated so they reschedule. Sadie meet with the lawyer for the family and says if she isn’t allowed to interview Gina soon she will be forced to speak to the judge. She teases the lawyer that he looks like hell and that the case is obviously too much for him. He tells her he has lupus. She apologizes for her insensitivity.

Cameron’s case is postponed while the prosecution searches for her missing star witness. Tiffany and Nick begin review the evidence in Billy’s case. The prosecution offers judge Porter a plea that will include no jail time but he will have to stay away from Gina. He refuses to stay away from his wife so they will go to trial. The prosecutor’s witness is gone so she offers Cameron’s client a deal if he will testify against his cousin. He needs to tell the jury that he saw his cousin fire the gun that killed the innocent bystander. The team has 24 hours to think about it.

Judge Porter’s trial begins with Gina’s daughter testifying that she walked into her mother’s hospital room and found he and Gina having sex. She said her mother seemed upset and that she was shocked because the Judge had told the doctor that he won’t have sex with Gina anymore. Sadie asks if the daughter realizes that the Judge visited his wife every day. She also gets her to admit that Gina has said she misses the judge since she hasn’t been able to see him since the arrest.

Gina’s doctor testifies that Gina is unable to give consent for sex due to her condition. Judge Porter yells as the doctor and the judge tells him to be quiet. Sadie tries to calm him and he insults her.

Isaiah and the team talk about the deal being offered to Cameron’s client and agree of he takes it he will be labeled a snitch and killed within a week when he returns to his neighborhood. Albert and Cameron see the musical Hamilton together but she is too worried about the case to enjoy it. Nick and Tiffany shift through the mounds of evidence in Billy’s case. Tiffany is insecure about her place in the firm. Her upbringing in Iowa makes her feel like she is too normal to succeed.

Sadie’s doctor for the Judge Porter case tells her Gina is not competent and he can’t testify for her. Billy finds Sadie and tells her she is the reason he is OK again. She is the only person he wants to talk to when things are going right. She tells him she can’t be that person for him. Nick and Tiffany wake up on the floor and realize there is no smoking gun in the evidence.

Cameron’s client doesn’t want to snitch and asks her what would she do? Sadie calls Gina’s main nurse from the hospital to the stand and asks what makes Gina happy. Without a doubt it is Judge Porter. She also says if Gina is unhappy about something she lets everyone know it.

Billy is called into the head of surgery’s office and told he needs to take a leave of absence. Patients don’t want him working on them. Tiffany takes all the credit for the information she and Nick found in the files. Sadie calls Judge Porter to the stand. He tearfully says that he loves his wife and she loves him. Cameron’s client takes the deal and he is assigned to witness protection.

Judge Porter’s step-daughter comes to him and says she is sorry for everything. Judge Porter wins his case. Cameron is afraid Isaiah will fire her because of her decision to have her client take the plea but he is not angry. Billy comes to Albert and Sadie and says his girlfriend broke up with him because he cheated on her. He was a different person then. Isaiah visits Sadie’s mom in prison and she talks of her regrets. Nick finds a photo of Billy on the day of the murder and realizes he changed his shirt.