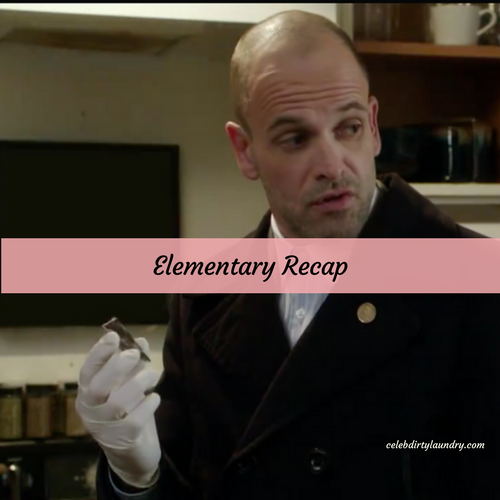 Tonight the CBS series Elementary airs with an all new Sunday, March 19, 2017, season 5 episode 17 and we have your Elementary recap below. On tonight’s episode called, “The Ballad of Lady Frances” as per the TV Guide synopsis, “The police ask Holmes and Watson (Lucy Liu) to consult on a homicide “heard” by a cutting edge gunshot detection system when they can’t find any tangible evidence a crime was committed. ”

The police overhear a man being shot but can’t find the body. Shinwell and Holmes play chess and box at the same time. Holmes says it will help Shinwell think on his feet. He is called away when he gets a text from the police asking him to meet at the area when the shots were heard. All the police have is the audio of the crime and ask Holmes and Watson for help figuring out what happened. During the crime they hear the victim being asked where Francis is and being shot when he won’t tell where she is.

The mayor is the up for re-election and needs to be seen tough on crime. He wants answer on this shooting ASAP. Shinwell is shot at and he thinks it is related to his gang days but Watson is worried. Holmes listens to the tape again and realizes that there were two cars involved in the crime and he thinks the victim was a manual laborer. He is able to figure out the victim’s name.

Watson interviews the victim’s wife and she identifies him on the tape. She also tells them her husband was having an affair. Holmes searches the house for clues and is able to find the woman he was having an affair with but her name isn’t Francis. They search her house and realize the victim was stealing from his clients and Francis isn’t a person but rather a rare guitar worth $5 million dollars.

The guitar was once owned by Eric Clapton. Holmes says they have to figure out who the guitar was stolen from then they will know who the killer is. Holmes has a meeting with the police about Shinwell and is told that the gun used to shot at Shinwell was also used in a murder 12 years ago that is still unsolved. They think the drive-by was personal.

Holmes interviews the brother of the victim who was killed 12 years ago but he doesn’t offer any help. The team is able to track down the owner of the Francis. First he denies it but then Holmes plays the tape and he tells the police who he hired to get it back for him. But he says they weren’t able to get the guitar back. When he went to the victim’s house it was already gone. The mayor assistant has the guitar and offers to sell it to a man who instead uses it to hit the assistant again and again killing him and destroying the guitar.

The team uses the information given to them by the original owner of the guitar to arrest the man he hired to find the guitar. They offer him a deal if he gives them the name of the other man who helped him with the murder. He agrees and tells the team of the dead mayor assistant. The team finds the dead body and realizes the guitar was uses as the murder weapon.

Holmes asks Shinwell for help figuring out who tried to kill him. He remembers a man threatened him 12 years ago. The team interviews the other assistant to the mayor and realizes that the company trying to sell the audio recording system to the city has been hacked. The system was being used to send the police on wild goose chases to look for shots fired when there weren’t any. They can’t figure out why.

Holmes is able to figure out who tried to kill Shinwell. The team also realizes that the man running against the mayor is the one who was hacking the audio system. He wanted it to seem like crime was very high and that the mayor wasn’t doing anything about it to help him win the election. They found blood at the scene of the crime and they have an order for his DNA. They ask to see his hands and they are both have cuts. Holmes confronts the brother of the victim killed 12 years ago and tells him he knows he is the one trying to kill Shinwell because he blames him for his brother’s death.